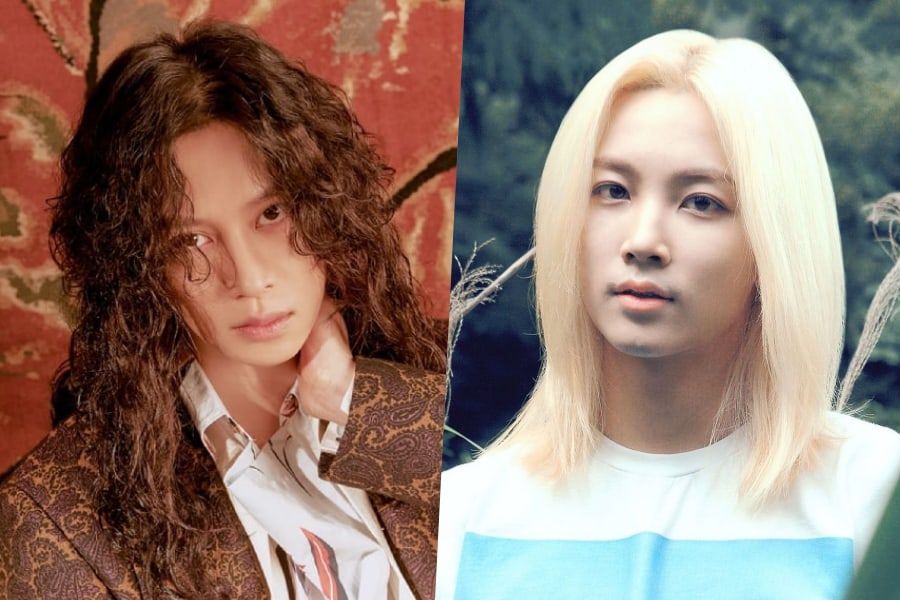 Unless you’re new to K-pop, you know that hairstyles play a key role in the genre’s concepts. Upon every comeback, one of the things that fans anticipate the most is the new haircuts and the colors that come with: whether flashy, elegant, or bold, we have seen it all by now. Yet, some of the most compelling hairstyles have got to be when male idols grow out their hair.

Here is a list of some idols who wowed us with the most stunning long hairstyles!

For BTS’s comeback with the mini album “Love Yourself: Tear,” V surprised ARMY with a charismatic mullet that had “unique” written all over it!

We all know Chanyeol rocks short haircuts, but there was a time when he grew out his hair during his rookie days. It goes without saying that it was one of the best decisions he made!

It only takes one look at the GIF above to reminisce about WINNER’s earlier days when Mino’s silky locks received a lot of attention. I don’t know about you, but this makes me sentimental!

Jeonghan may not be the first male idol to debut with a long hairstyle, but that didn’t stop him from giving us hair envy during SEVENTEEN’s early promotions every single time.

Behold, the idol who can literally rock every single haircut. Taemin’s look from the “Sherlock” era surely had us gasping!

Ren is perhaps one of the first idols who introduced his long locks as part of his group’s concept. One look at this dreamy idol is all it takes to send us on a nostalgic journey.

Heechul has been grown out his luscious hair so often that we’re all used to it by now. Whether it’s part of a comeback or just his daily look as a variety show star, we can never get enough of this sight!

Now, we can’t say Taecyeon invented half ponytails for men, but he wore them so well that he might as well have been one of the pioneers of this attractive look back in the day.

Another comeback that blessed us with an amazing haircut: this look from “Hyde” shows Leo in a completely different aura. Stan Leo for healthy hair!

Another idol who flawlessly rocks half ponytails is Sungyeol from his early days. This is proof that this hairstyle never goes out of style!

Throwback to CNU rocking his signature long hair like no other. This look is definitely missed by many fans!

Last but not least, this list would not be complete without G-Dragon’s famous half-long half-shaved hairstyle from one of BIGBANG’s major hits “Fantastic Baby”!

Which idol do you think rocked the best long hairstyle? Let us know in the comments below!