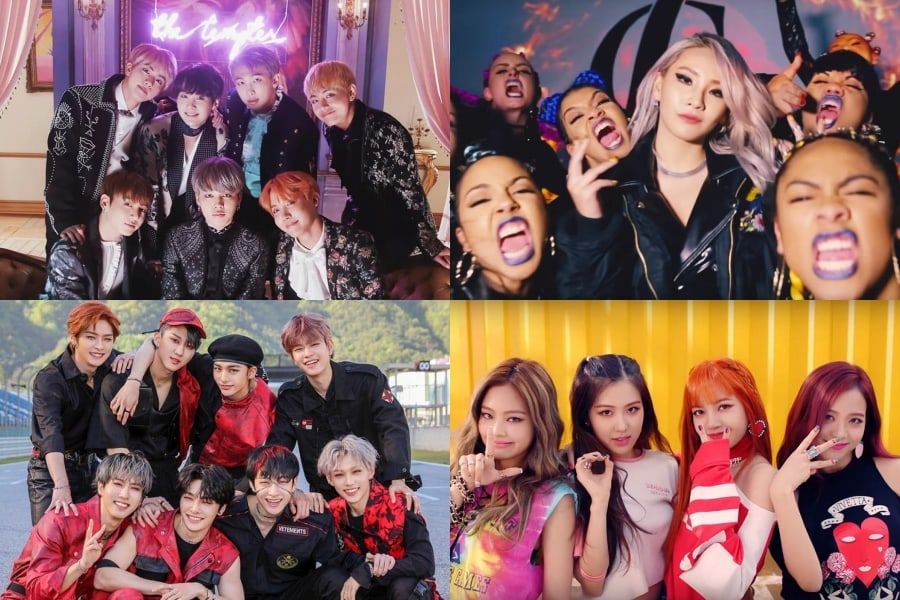 When it comes to K-pop, you’re either a fan or you don’t know about it yet. That is mainly because within the genre, there are so many subgenres that would eventually appeal to the general public. From hip hop to pop rock, all the way to R&B, there is a little something for everyone. I mean, let’s face it, isn’t that how you became a K-pop fan?

Today, we’re putting a playlist together that would serve as your ultimate K-pop 101 to introduce to your non K-pop listening entourage. It might take a listen or two, but eventually you’ll find a sound that would convince your friends to either ride the Hallyu wave or at least spice up their music collection with some K-pop jams. Let’s get it!

Remember when this one went viral worldwide? Me too. Zico is known for producing amazing music, and “Any Song” is THAT song that piqued the interest of the general public so much so that they looked him up and listened to his other tracks.

Stray Kids always serve, that much is known. What the world didn’t know is that “God’s Menu” is a full course that carries the members’ outstanding vocals complemented by Felix’s deeply-sounding and flawless rap delivery. Naturally, this bop left both K-pop fans and curious listeners in absolute awe.

If you had to choose one song to listen to on repeat for the rest of your life, perhaps this single by BLACKPINK is the right pick. Even better, you sharing it with someone who has never heard a K-pop song might just convert them to join the black and pink side, and the entire K-pop world afterwards.

Now reggae is not exactly common in K-pop, but thanks to EXO’s popular jam, you now have a reference. In fact, “Ko Ko Bop” is such an earworm that you don’t even need to convince your entourage to listen. Just play it in front of them and watch them ask you for more!

Some people prefer music that touches the heart and connects the soul beyond the instrumentals. That’s where both Epik High and Lee Hi make their entrance, specifically with this collab. The track being in English makes it even easier to listen to it, and by the time it finishes playing, you best believe the rest of the album would be played afterwards.

K-pop may have promoted the cute girl image for most of its existence, but many artists defied the stereotype. CL is naturally one of those artists who stood out with their style both among her group 2NE1 and as a soloist. The result? A banger titled “Hello Bitches” that would make a non K-pop person look up her entire discography.

Granted, BTS is now international. But there was a time when the septet was working hard to put their name out there, both domestically and universally. While some of their earlier songs successfully crossed the Korean borders, it was “Blood, Sweat & Tears” that put them on the map. Now you know where your pals can start!

We can’t talk about K-pop without talking about BIGBANG, who are very important pioneers of the genre. Their discography might be endless as they have been around for about 15 years, but three bangs is what it took to capture the attention of people who never heard a K-pop song before. Talk about global presence!

Does “Stan LOONA” ring a bell? Well, it exists for a reason. This fiery group may belong to a recent K-pop generation, but it was able to lead the genre just as well as its predecessors. The amount of K-pop converts that joined the Korean wave thanks to LOONA is simply insane, so you know you have a shot with this one. All it takes is a listen–butterfly effect for the win!

The beauty of K-pop is that there is a sound for everyone, and that also includes a taste for everyone. Super Junior have had a long and successful career, but the best part about their post-military comeback is that they’re still snatching hearts while experimenting with new concepts. This one is living proof, and it’s all yours to conduct your experiment!

Sometimes all one needs is a groovy tune to loosen up to. WINNER obliges with their various releases, including “Really Really” which sends its listeners on a journey of relaxation and absolute fun. If you have a friend that needs to chill and hasn’t heard a K-pop song before, start them on this one.

Choreography is a crucial component in K-pop, and while all the other featured tracks have awesome dance routines, I have to say, The “Hero” choreography gets me every time! It feels like the best introductory choreo to lure in curious minds about K-pop, and with MONSTA X’s mindblowing musical performance, all is set!

No we did not forget about rock, or pop rock. Dreamcatcher is one of the representative groups that really makes you forget they’re under the K-pop wing. Needless to say, this one goes to your edgy acquaintances who are a little harder to please, because trust me, Dreamcatcher releases are quite the dreamy catch!

KARD has been around for about five years now, and boy did they rise to international stardom fast. If anything, this means their sound is so captivating that it didn’t take long for the non K-pop audience to jump the bandwagon and claim the co-ed group as their bias. This pre-debut track is only the beginning of a series of awesome bops!

Which K-pop song do you think would appeal to non K-pop listening friends? Let us know in the comments below!