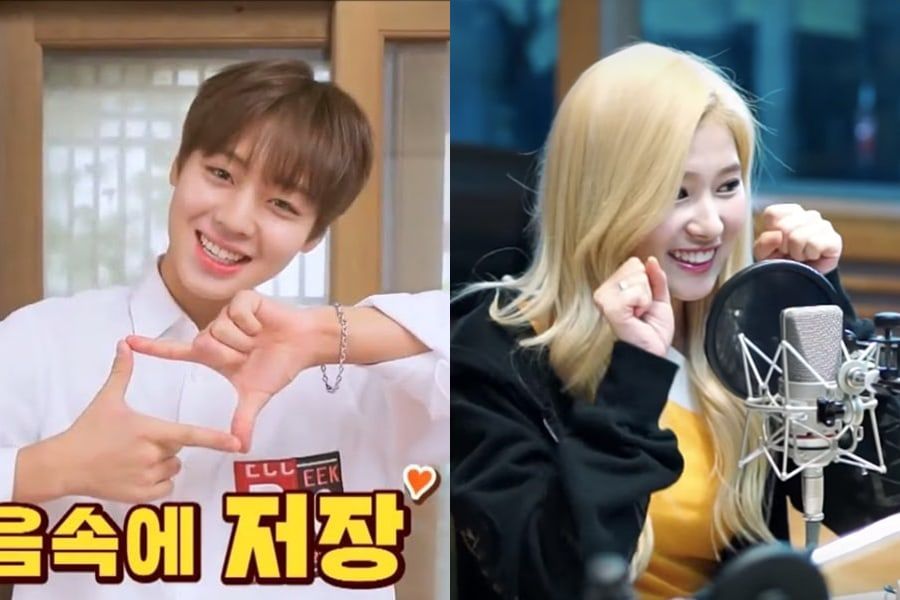 Trends are widely hyped in the K-pop industry and usually start among idols and spread within the avid fans before it reaches the general public soon after.

Away from the usual vogues that take the world by storm, trends can also happen to be an expression, a gesture, or a combination of both. With this in mind, and in no particular order, here are eight times idols started their own signature trends with the utmost impact!

“Shy Shy Shy” was first revealed to the world as a lyric in TWICE’s title track “Cheer Up,” but Sana’s adorable pronunciation of the English word introduced the pre-hook line in a whole new perspective that was instantly adopted by listeners as well as other K-pop idols.

The former Wanna One member has been known since his “Produce 101” days for his “Jeojang” aegyo. The full confession spells “Nae maeum soge, jeojang” which translates to “I’m saving you in my heart.” It goes without saying that this expression invaded many hearts and made them flutter!

We’ve all come to see and love the different Gwiyomi interpretations that idols have shared with us throughout the years. As it turns out, we owe it all to Ilhoon, who created the hand gestures that go along with the cute chant back in 2012, which inspired the release of a single of the same name a year later by singer Hari. Gwiyomi is a Korean slang word that means a cute person, a cutie.

I think we can all agree that the “Chuu heart” is one of the most unique illustrations to date! The idol came up with it during a fansign, where she made a circle with her hands and “bit” its top into a heart. This special sign surely captured a handful of hearts in return!

On an episode of “Radio Star,” Jessica partook in the conversation between the MCs and Sunny by commenting “Daedanhada,” which means “that’s awesome.” But the way she pronounced it sounded more like “Daedanada” with a dull tone, which became so popular that it landed in the Korean slang dictionary.

During his appearance on “Infinite Challenge,” G-Dragon came up with a new buzzword “Hangsho” which is short for “Haengbokhashipshyo” and simply means “Be happy.” The expression trended all over Korea and even gave birth to a variety show called “The Hang Show” later on.

This unique profession of love saw the light of day during member V’s comments at BTS’s third fanmeeting. He started his speech by recreating the meaning of the color purple as a symbol of eternal trust and love between BTS and ARMY. Later, V started using “Borahae” as in “I purple you,” since bora designates the color in question.

This quirky “scream” of joy is brought to you by EXO’s maknae. Known for his fair share of distinctive words that make up the “Sehunese” language, “Yehet” is a sound that Sehun makes to express an extreme state of happiness or excitement. Although the word is voiced rather calmly, it only takes one glimpse at the idol’s face to know that he is indeed jolly when he says it!

Which idol trend is your favorite? Did we miss any? Let us know in the comments below!