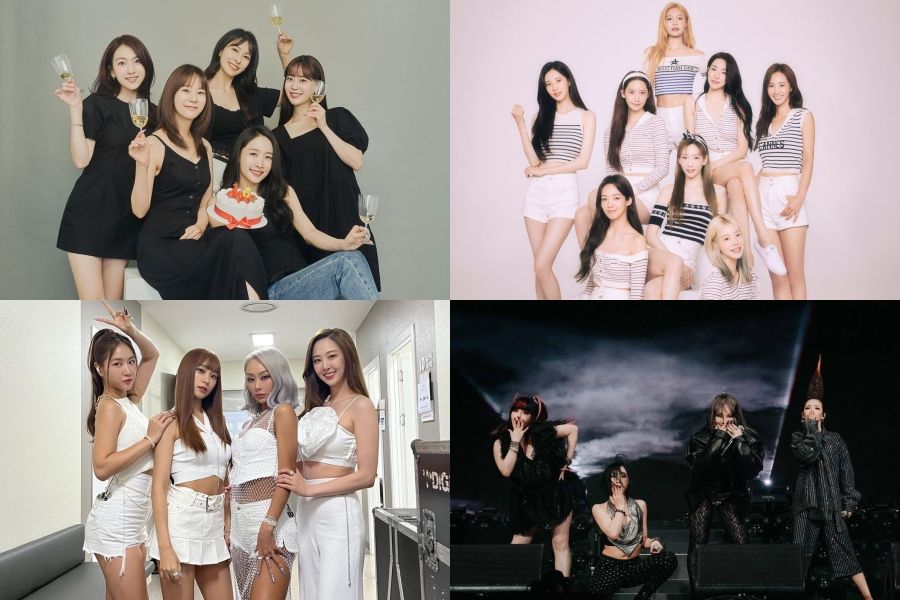 The world has changed so much in the past decade or so, and the K-pop industry inevitably followed suit. Yet, the early generations of idols have forever left their print on the music scene, both domestically and internationally—which was much more challenging to achieve back when social media coverage wasn’t as universal as it is today.

Not long ago, a handful of our beloved K-pop pioneers greeted us with reunions that were unexpected, heartwarming, and spectacular. Walking down memory lane in the present time, here are eight wholesome reunions of K-pop legends that we simply can’t get over.

The announcement that CL would be performing at Coachella snatched hearts left and right, but when she welcomed Dara, Bom, and Minzy on stage, it was enough to make Blackjacks (2NE1’s fandom) lose it. The long-awaited reunion of this legendary quartet has been a wish come true, and we just can’t get enough of it. Learn all about this epic reveal in the video down below!

It’s been five years since Girls’ Generation last got together as a full group, but for their 15th debut anniversary, the best way to celebrate was by making a comeback. The members released their seventh studio album, which is quite a feat, to say the least. Their title track and its MV vividly remind us of Girls’ Generation’s essence, making this reunion truly nostalgic.

When BIGBANG was preparing to leave for the military, they released “Flower Road” as a farewell song back in 2018. There was a time when fans feared that that may be the last we’d hear of them. Thankfully, the now-quartet blessed us four years later with a beautiful ballad that walks its listeners down a seasonal memory lane.

When SISTAR announced their disbandment in 2017, the K-pop community was shattered. Still, the quartet has remained close friends, as they support each other’s music careers and have even collaborated on duets. The icing on the cake? They recently came together onstage for the final episode of “Yoo Hee Yeol’s Sketchbook” to perform a medley of their greatest hits. Talk about iconic!

Another female group that celebrated their 15th anniversary this year is none other than KARA. All five former members got together to commemorate the moment. Leader Park Gyuri wrote a heartfelt message to caption the group’s celebratory photo, and lovingly tagged the late member Goo Hara. This beautiful moment goes to show that the bond of a group lives on beyond all life challenges.

Remember when the 2015 track “My House” went viral two years ago? This rewarding event brought the song back to the charts, and a surge of new fans came through running. Of course, JYP Entertainment blessed their audience with unreleased footage of the song as a bonus concert. Furthermore, 2PM performed the belatedly-viral hit live on the MMTG Youtube channel, sending us back to the good old times. The group also made a comeback with “Make It,” their first in almost five years.

Speaking of bringing back old gems, MMTG has done it again. This time, After School was on the guest list. Members Jung Ah, Jooyeon, Bekah, Raina, and Kahi got together to have a little chat with JaeJae and perform a couple of their greatest hits, “Bang!” and “Diva.” Throughout the interview, all sorts of feelings were navigated as they moved from one topic to another.

T-ara gave fans more than one reason to celebrate and enjoy their 12th anniversary back in 2021. In fact, the four members announced through their live broadcast that they would be making a comeback after a four-year hiatus. The double-track single album embraces a darker concept than usual, where T-ara serves powerful vocals that literally bring the two tracks to life.

Which wholesome reunion by a K-pop legend are you still not over? Let us know in the comments below!