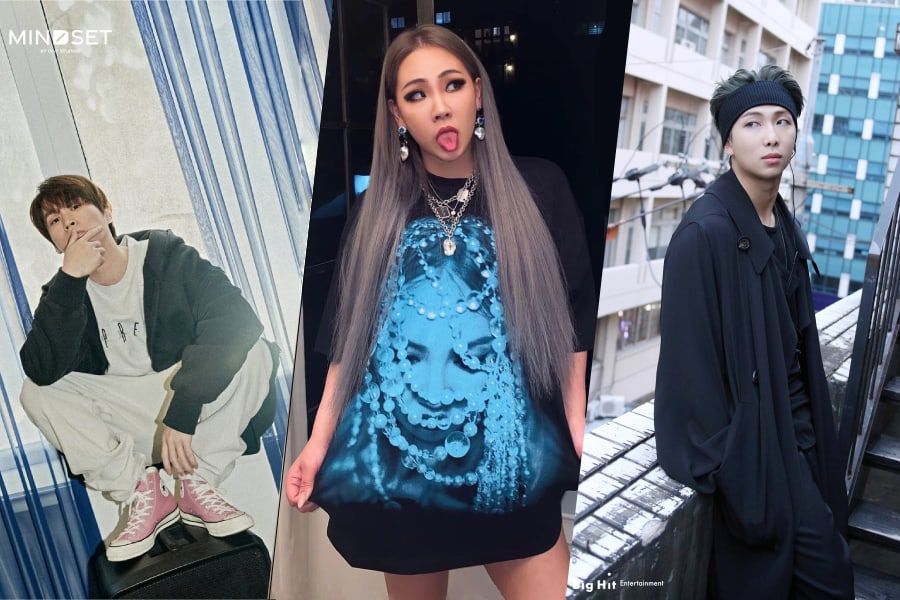 Idols have often blessed us with so many catchy choruses and memorable lines that simply add to the entire K-pop experience. Yet we can’t deny that the best part about some of these lyrics has got to be the amazing wordplay these artists send our way. Puns, metaphors, and hidden meanings, there is a little bit of everything to stimulate the mind.

Here is but a sample of many K-pop lyrics that have introduced witty wordplay for your entertainment.

Song Mino has proved his wits time and time again through his lyrics, be it as a solo artist or for WINNER. In this title track, the idol refers to an old play called “The Blue Bird” where a couple of siblings are looking for a blue bird, which represents happiness, but they realize it’s been their own pet bird all along. Likewise, Song Mino refers to the woman who is with another man as his blue bird – his happiness.

Handsome Buddha ~ Buddha handsome (sounds like put your hands up)

Yes, this song earned a spot here fair and square. This is perhaps one of the most pun intended tracks that has been featured in the K-pop scene thanks to MAMAMOO. The beauty of the puns here is that it’s basically a Korean Q&A sponsored by dad jokes. This video explains every mentioned reference.

To us it’s the one thing above all things; money, love, gods and kings

It’s what’s driving us be it ahead or insane

In all fairness, Tablo deserves an entire feature dedicated to his wording prowess both as a soloist and as a member of Epik High. This verse introduces the “Han” concept, which describes a nationwide feeling of oppression in the face of overwhelming conflict. Then its meaning doubles in reference to the river of the same name that represents the blood running in Koreans’ veins in a way that either motivates them or brings them down.

Jessi has always been vocal about her emotions to the point of basically drawing a vivid picture via her lyrics. Such is this example where she beautifully combines the state of crying with that of heavy drinking as well as the draining aftermath one feels after a long session of experiencing both.

Zico’s lyrical game is one for the books. In this track, he tells the background story of his struggle as an artist. He proceeds by contrasting the state of being unwell with his lack of “catching” a source of inspiration for his music, completely twisting the cold/flu reference for a sickness metaphor to put his idea across.

Given that this special line was repeated many times throughout the song, it deserves a worthy interpretation. Mugunghwa or Hibiscus syriacus is the national flower of South Korea, also known as the Korean rose. Naturally, CL refers to herself as the Korean rose who has bloomed via her comeback. Aside from meaning of flower, “Hwa” also means anger and disaster. This definitely explains why she is asking people to hide.

RM has been known for his lyrical wits ever since the Bulletproof era, and he still amazes to this day. Perhaps one of his most popular and equally heartwarming drafts is the part where he describes how love has eroded his edges as a person. This is a reference to how “love (사랑)” and “person (사람)” are spelled the same in Korean except for the last letter in each word.

G-Dragon has plenty of punchlines up his sleeve, and this is just one of many. In this clever line, the BIGBANG member refers to the wealth that he’s saving. The pronunciation of the Korean word for “ball (공)” also hints at one of the two ways to say “zero (공)” in Korean. So basically, he’s telling us about all the zeros that make up a generous sum of money in his bank account.

Joohoney always throws punches through his diction, and this one is no different. This song is fueled with confidence, and this subtle nod to Michael Jackson’s signature dance while he states that he keeps moving in the opposite direction is indeed a smart lyrical move.

Which K-pop wordplay is your favorite? Let us know in the comments below!