About MIXNINE, YANG HYUN SUK Says, “The difference is that it is made by YG and I hope G-DRAGON could appear on the show” 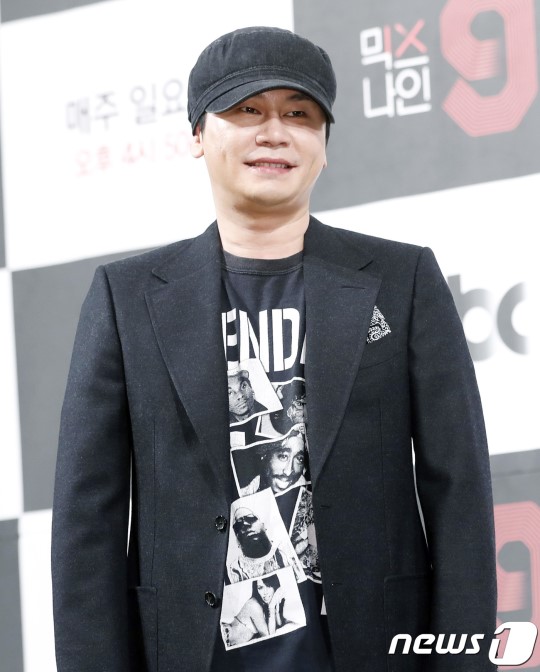 At the MIXNINE press conference that was held at the Imperial Palace in Seoul at 2 PM on October 27, YANG HYUN SUK noted, “YG has participated in the production process MIXNINE.”

He went on to say, “This is what makes it different, and that would be my answer if someone asks me what makes the show different from any other shows.”

He also said, “CL and TAEYANG were going to come here, but they couldn’t because they had to go abroad. I hope that G-DRAGON could appear on the show someday. I’ve had this thought since ten years ago. I would see SM or JYP singers and think ‘What would it be like if we applied our style on them?’ I can finally put that thought into action.”

Meanwhile, MIXNINE is a reality competition program on which YANG HYUN SUK visits entertainment companies across the nation in search for new stars. It premieres at 4:50 PM on October 29.