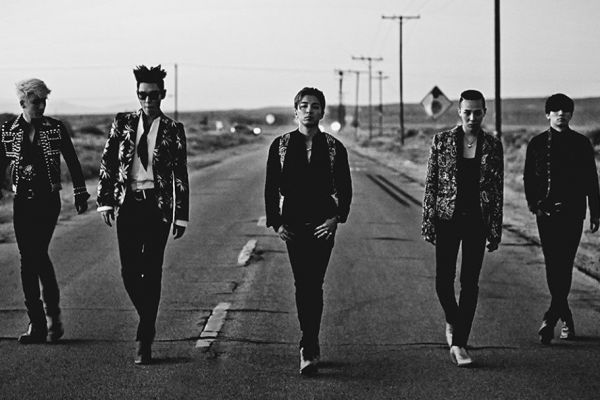 The news of BIGBANG's return to North America comes on the heels of several other K-pop acts planning performances in the United States in the second half of 2015.

Along with major acts from the top three entertainment companies in South Korea heading Stateside in the summer of 2015, KCON USA is expanding to the East Coast of the United States. Multiple other K-pop acts will also hold shows in the area in the summer.

With multiple major K-pop acts coming to North America in the warm months between May and October, the United States will have its most K-pop filled summer ever.

Following JYP Entertainment's boy band GOT7's fan meeting in May, YG Entertainment's Epik High begins the true K-pop summer whirlwind of concerts in the States in San Francisco on May 28. Epik High will complete the 11th and final show of their North American tour on June 14 in Toronto. Masta Wu, a popular Korean hip-hop artist, will be a featured guest at one of Epik High's shows in New York City.

BTS is the next group after Epik High to head to the United States, and will kick off their The Red Bullet tour in New York City on July 16.

BIGBANG, also an YG Entertainment act, will appear in the United States and Canada for a series of six concerts, beginning in Las Vegas on October 2. The quintet's final show in America will be held in Toronto on October 13.

Further announcements from KCON aside, at least nine K-pop acts will visit the United States in the summer of 2015, making it the busiest season of K-pop in America ever.  In comparison, less than ten K-pop acts visited the United States and Canada throughout the entire 2014.


---
Tamar Herman is a multi-media journalist and the co-founder of KultScene. She is a freelance writer and copy editor, and an MTV Iggy contributor. Tamar currently works in the newsroom of one of New York City's largest news stations, and can be followed on Twitter.