BIGBANG say they're loners on 'Sketchbook' 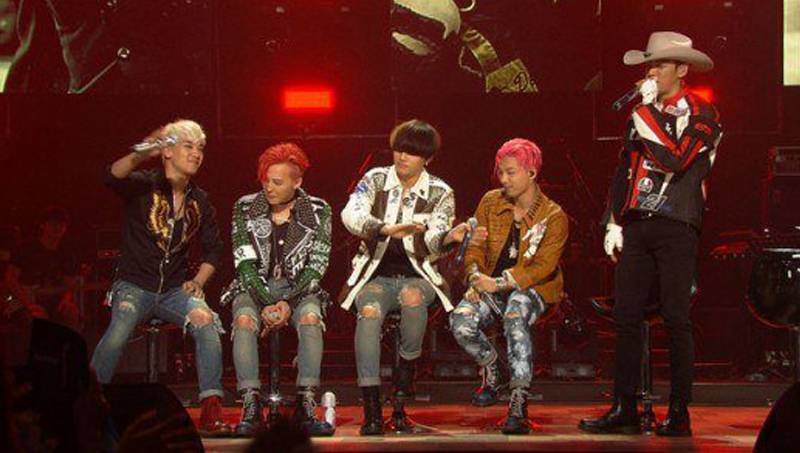 The boys of BIGBANG said that they're kind of loners during filming for the upcoming episode of 'Yoo Hee Yeol's Sketchbook'.

G-Dragon was asked when he most felt like a "Loser", and he answered, "It seems like I'd have a lot of friends, but I don't. There are times that my phone doesn't ring all day. I feel empty when I'm lonely." T.O.P added, "I feel really empty after wrapping up our performances and coming down from the stage. I feel like a real loser."

Daesung said that his two fellow members weren't alone, commenting, "I don't understand the people who go around with backup cellphone batteries. My cellphone's battery has never gone below 95%."

Seungri on the other hand had something a bit more funny to mention. He said, "I want G-Dragon hyung to compose more songs, but he's too busy going to international fashion shows."

This episode featuring BIGBANG will air on June 5 at 11:35 PM KST! 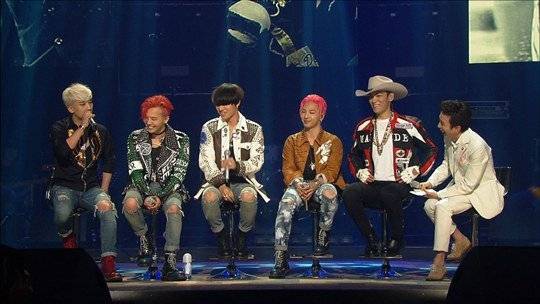 Oh, you're going to have a super fun time with BIGBANG on 'Yoo Hee Yeol's Sketchbook' this week.

Bits of their conversation during the recording of their guest appearance are already coming out to everybody's amusement, including Taeyang giving the dirt on how G-Dragon would win the ladies over.  During the interview portion in which they were asked about the other members' merits, Taeyang revealed G-Dragon was good at the push-and-pull method of flirting and told a story of a past episode.

He said, "If G-Dragon meets a woman he's interested in, he would suddenly try to win her favor by saying that he's hurt and needs consolation," resulting in a taken aback G-Dragon.

In return, Seungri said that Taeyang was good at doing handstands, saying, "When I entered YG, I saw Taeyang do a handstand after taking a shower and felt, 'So this is YG,'" making everyone laugh.  Taeyang held up his hands and shook them as if he was denying such a thing happened, but then proceeded to reenact the scene by pretending to take a shower and then doing a handstand.

MC Yoo Hee Yeol said, "Did you feel that this was YG because the shape of the handstand makes a 'Y'?"


BIGBANG’s TAEYANG on Sketchbook: “GD Expert in Dating, Plays Hard To Get”

[TV???=??? ??] BIGBANG’s TAEYANG appeared on the program “Sketchbook” and unveiled that GD is an expert in dating, apparently playing hard-to-get.

On June 2 the quintet filmed the program that will be aired though KBS 2. BIGBANG is arousing much attention since their release of album “A,” sweeping across all music charts.

Appearing from where the audience was seated, BIGBANG left them in awe by delivering quality performances.

In the session where they complement each other, TAEYANG commented that GD is good at playing hard-to-get, explaining it with an anecdote. “When GD meets a girl he likes, he pretends that he is suddenly sick and that he is in need of company.” GD looked surprised by this sudden revelation.

SEUNGRI said TAEYANG is good at doing headstand, and added, “When I just joined YG, I saw TAEYANG do a headstand right after he took a shower. Then I thought, so this is what YG is like,” making everyone laugh. TAEYANG denied it, but he replayed the exact scene, surprising everyone.

The MC, Yoo Hee Yeol, added, “Did you think this was YG-like because he is in a shape of Y when he does the headstand?” making everyone laugh once again.

The program featuring Yoon Jong Shin, BIGBANG and Urban Jakapa will be aired at 11:35 pm on KBS2 on June 5.