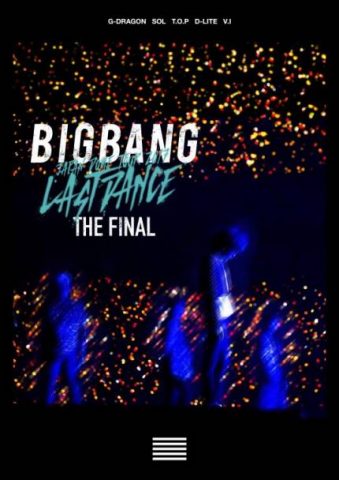 The packages contained live footage from BIGBANG’s Japan Dome Tour performed in the end of last year. They include not only concert back-stage videos, but also documentary videos with member interviews that make the viewers look back into BIGBANG’s history.

BIGBANG set a milestone last year by holding dome tours in Japan for 5 consecutive years for the first time as a foreign artist group. The group’s last dome tour before making enlistment gathered a total of 696,000 audiences through 14 concerts in 4 cities. The performed in Fukuoka Yafuoku! Dome, Kyocera Dome Osaka, Nagoya Dome, and Tokyo Dome. The group gathered 4,205,500 audiences through dome concerts for the past 5 years, proving their status as ‘god-BANG’.

Besides Seungri who is currently active as a solo artist, the remaining 4 members of BIGBANG are currently serving their military duties. Although BIGBANG in full-form are currently vacant from the scene, the group proved their strong presence in Japan by topping Oricon Charts.

Member Seungri has recently confirmed to add 2 additional concerts in his first solo tour in Japan, ‘SEUNGRI 2018 1ST SOLO TOUR [THE GREAT SEUNGRI] IN JAPAN’ due to the passionate support by fans. He will also appear on ‘a-nation 2018’ Osaka being held in Yanmar Stadium Nagai on August 18, which is the largest music festival in Japan.