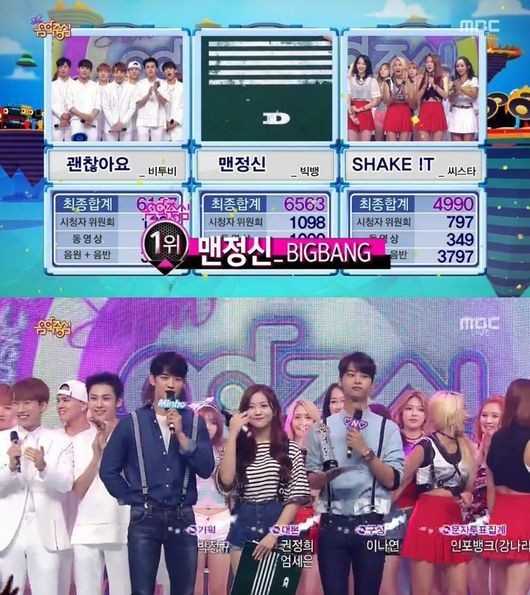 After a neck to neck competition with BTOB and SISTAR, BIGBANG rose to the top at the show. BTOB turned out the second runner-up followed by SISTAR.

The feat was even more meaningful as BIGBANG’s performance has never gone on air yet. The band had also topped cable channel Mnet’s “M Countdown” aired on 9th without any TV performance.

“Sober” soared to No. 1 on major real-time downloads charts as soon as it had been released on 1st and the number of viewers of its music video on YouTube, which has surpassed a 7 million mark, testifies to the popularity of the new song.