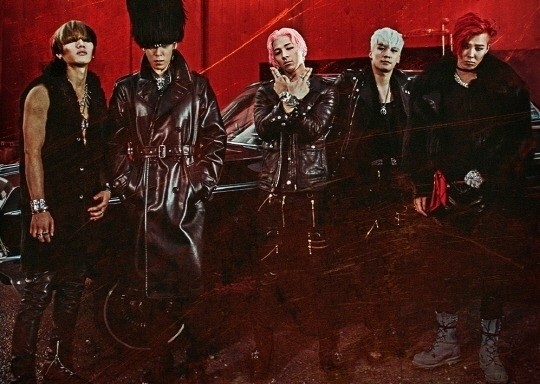 It has been revealed that BIGBANG has claimed the top two spots on Billboard’s World Digital Songs chart with the group’s latest releases.

According to Billboard on June 11, BIGBANG’s “BANG BANG BANG” and “We Like 2 Party” has taken charge of the number one and two positions, respectively. 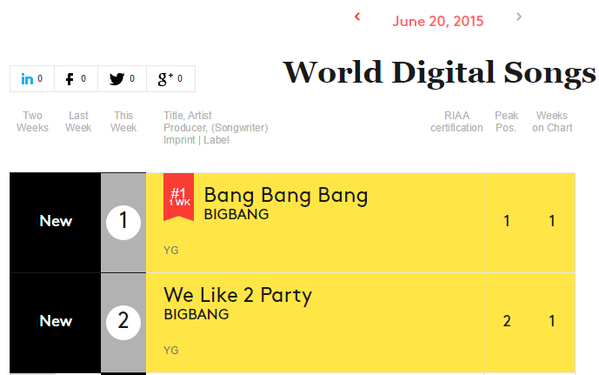 Last month, on May 8, BIGBANG also became the second Korean artist, following Psy, to be ranked in the top two spots on this chart with “Loser” and “BAE BAE.” The group has set a record by accomplishing this feat with two albums in a row.