BIGBANG Climbs Back Up Rankings for 5 Days… Where’s the Limit? 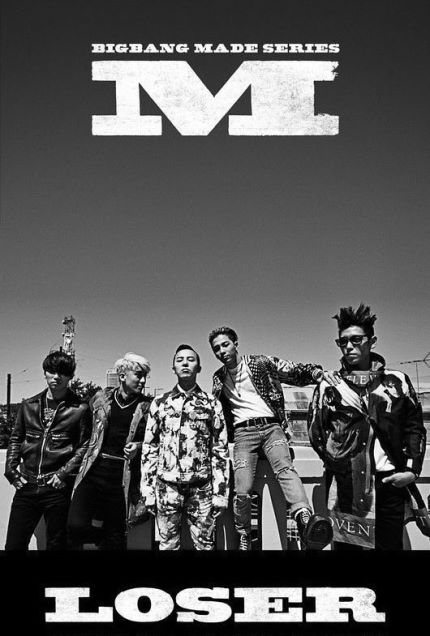 [OSEN=??? ??] BIGBANG is re-writing the history by climbing up rankings yet again.

As of 3pm on May 27, BIGBANG’s latest track once again climbed up the ranking to take the first slot. On May 23 they did the same, and since then they are re-writing the history of K-Pop.

“LOSER,” which is very BIGBANG-like, is attracting attention all across the population. The track swept across all music charts immediately after release and was given whopping 10 trophies.

And it is almost a month since the release, but the song is still ranked in the top range. That, or it is climbing up the rankings and topping charts again. The other title track “BAE BAE” is also keeping its position in the top range for nearly a month now.

BIGBANG’s “LOSER” is about a lonely person. With the soft beat and the medium tempo, the song expresses BIGBANG’s colors clearly. It is tranquil but rhythmical, carrying an addictive hook that attracts any listeners. T.O.P and GD wrote the song while TAEYANG composed, and TEDDY was in charge of the overall production.

On June 1 BIGBANG is scheduled to release the next project of the “MADE” album, which includes a song called “BANG BANG BANG.” It would be interesting to see how long the impact of “LOSER” will last. Many are expecting to see a BIGBANG vs BIGBANG battle in the music world soon.