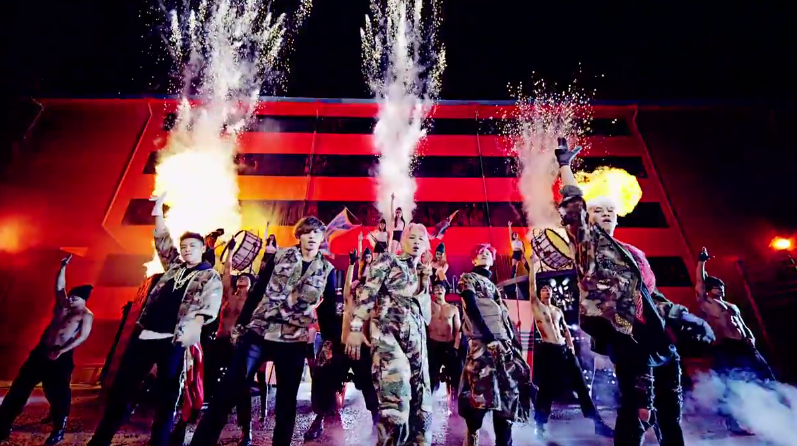 As of June 9, the song tops the daily charts of Melon, Bugs, Genie, Naver Music, Olleh Music, and Soribada. BIGBANG’s second single “WE LIKE 2 PARTY” can also be found on the Top 3 or 5, proving their strong popularity.

It is worth noting that the group’s previous singles “LOSER” and “BAE BAE” continue to hold on to spots in the Top 10, and they currently rank fifth and sixth, respectively, on Melon.

The music videos for “BANG BANG BANG” and “WE LIKE 2 PARTY” have recorded around 13 million and 6 million views, respectively, making the combined view count nearly 20 million. An impressive feat!

Meanwhile, BIGBANG will stop by Hong Kong this week for three concerts on June 12, 13, and 14