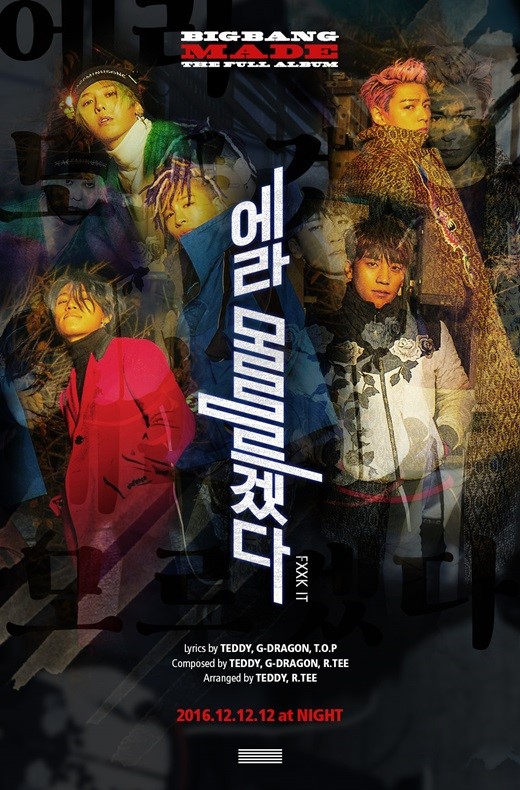 BIGBANG has released a teaser for “FXXK IT,” a song from the group’s long-awaited “MADE” full album.

The song will be released on December 12. The main producers for “FXXK IT” are G-Dragon and Teddy, and G-Dragon, T.O.P, and Teddy participated in writing the lyrics. R.Tee, a composer that Teddy signed for Blacklabel, also took part in the songs composition and arrangement. 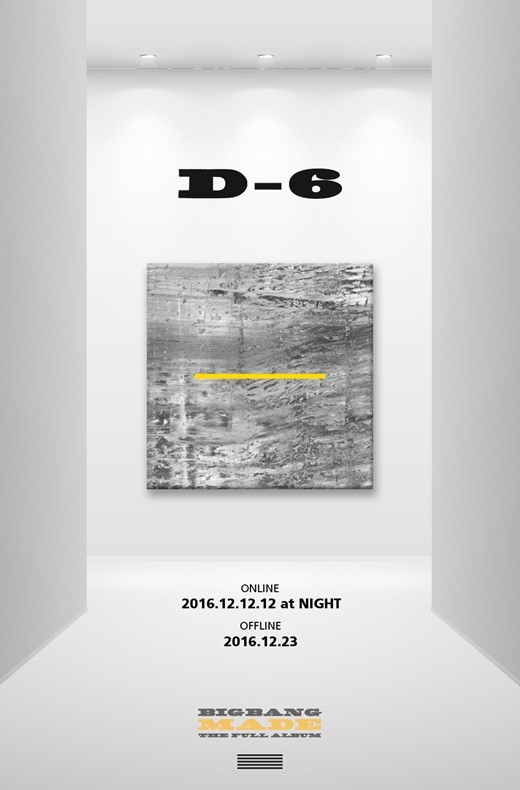 The “MADE” album, to be released on line on December 12 and offline on December 23, will include BIGBANG’s hits that were released last year, including “BANG BANG BANG,” “LOSER,” “BAE BAE,” We Like 2 Party,” and more.

A source from YG said, “‘FXXK IT’ is one of BIGBANG’s title tracks for this album, and we are planning on double titles. We’ve already finished the music videos for both.”