BIGBANG Explains Just How Terrible G-Dragon Is At Dating 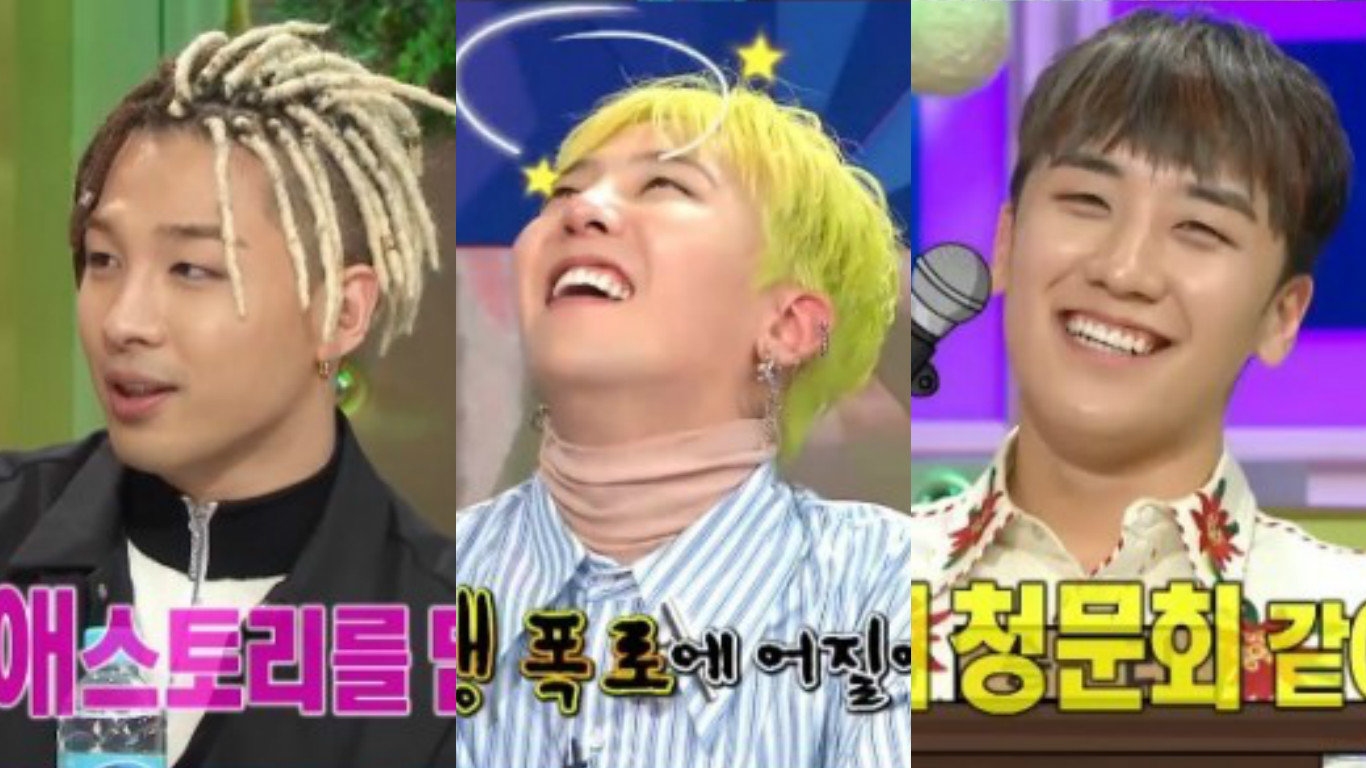 On the December 21 episode of MBC’s “Radio Star,” BIGBANG revealed what G-Dragon is actually like when dating.

The group first talked about how nervous they were before coming on the show. They said, “Yang Hyun Suk said he would come along and protect us from Kim Gura.” But, as seen from Yang Hyun Suk’s glaring absence, the poor boys had been fooled.

Despite their initial nervousness, BIGBANG didn’t hesitate to share stories about each other, whether it was T.O.P’s strange Instagram photos, or Taeyang’s inspiration for “Eyes, Nose, Lips.”

The conversation inevitably turned to G-Dragon’s love life, where Taeyang revealed, “A lot of people might think that G-Dragon would be perfect at dating, but he’s actually only good at playing games (“push and pull,” as described in Korean).” He continued, “When he gave me advice, my relationship (with my girlfriend) became worse.”

G-Dragon tried to explain that this happened because he gave advice coming from a position where he is closer to Taeyang and on his side. However, Seungri wittily remarked that while G-Dragon is good at coaching he’s not good with his own relationships and said, “BIGBANG’s sad songs are all from G-Dragon’s failed relationships,” causing everyone to break out into laughter. G-Dragon retorted, “Just do well yourself!”

Watch the full episode below!