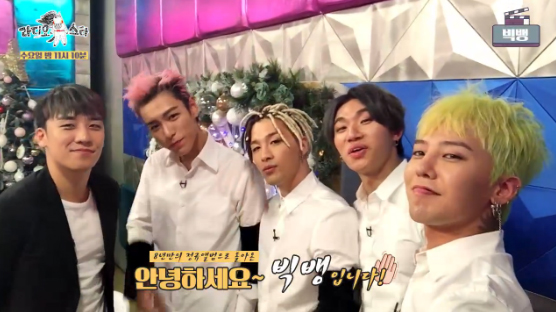 MBC’s “Radio Star” has enjoyed a jump in ratings thanks to BIGBANG.

According to statistics released by Nielsen Korea on December 29, the latest episode of “Radio Star” had nationwide viewership ratings of 9.7 percent.

This is 2.0 percent higher than the episode that aired on December 21. 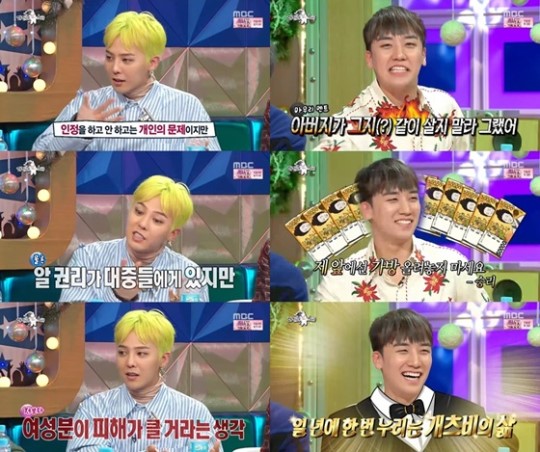 The latest episode brought in big laughs as BIGBANG showcased their wit and talent. GDRAGON expertly handled rumors about his dating life while Seungri led the conversation like he was the MC of the show. Taeyang was witty when answering questions about his public relationship with Min Hyo Rin, and T.O.P kept the atmosphere bright with his humor.

In the same time slot, SBS’s “People Looking for a Laugh” scored ratings of 2.9 percent while KBS 2TV’s end-of-the-year movie screening of “The Tiger” came in at 2.2 percent.

Check out the latest episode of MBC’s “Radio Star” below!