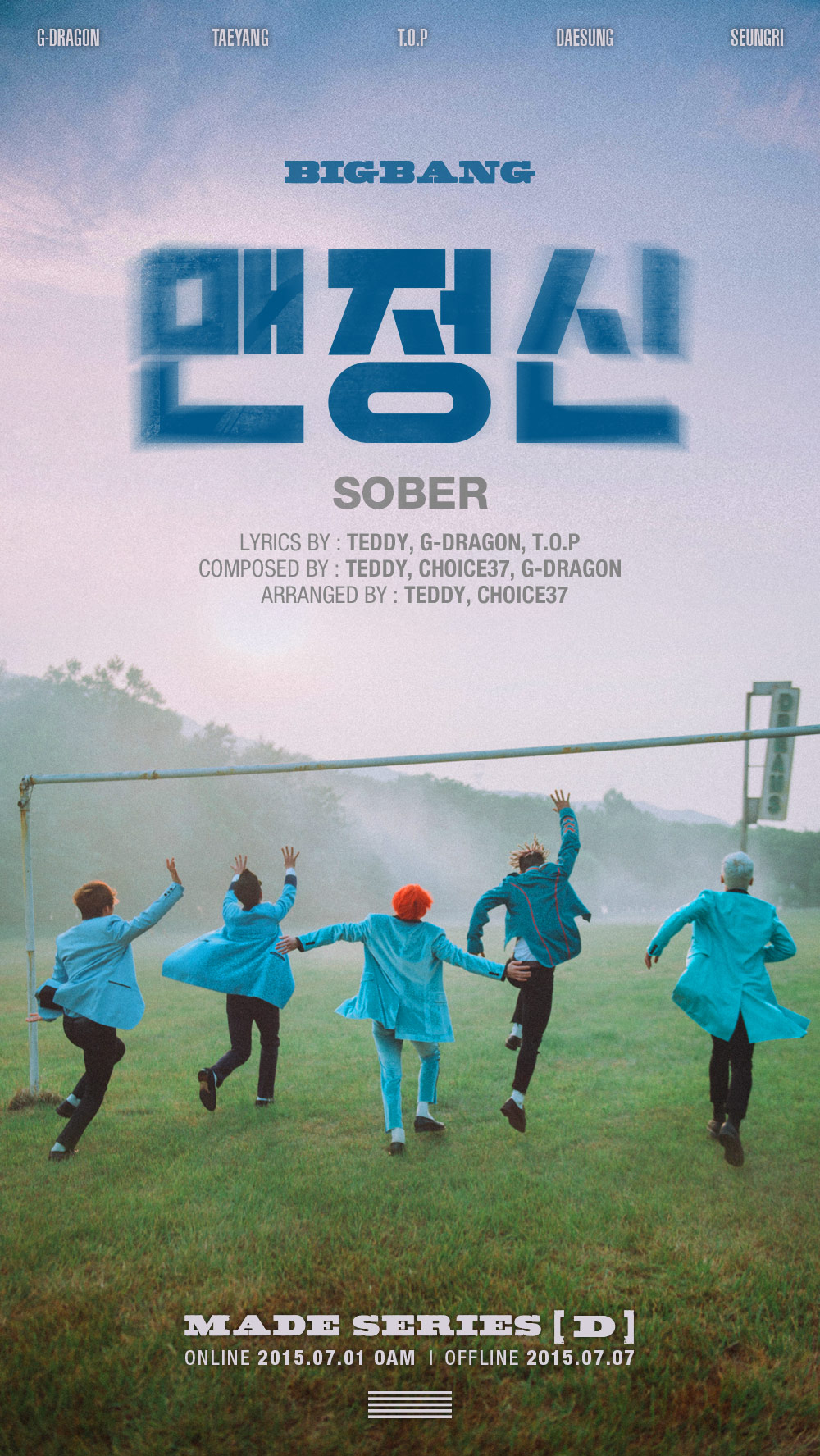 There are only a few days left until July 1, which means it’s just about time for two new tracks in the “MADE” series by BIGBANG!

The group is releasing tracks on the first day of every month until the release of their complete album “MADE” on September 1. They previously released a poster for the first of their July tracks, “If You,” which was written and composed by member G-Dragon.

On June 28, they dropped a poster for their second July track, which reveals that the title of the song will be “Sober.” The poster features a shot from behind of the members running through a field while wearing stunning shades of bright blue. Once again, the guys have had a hand in the creation of the song. G-Dragon and T.O.P wrote the lyrics along with Teddy, and G-Dragon co-composed the track with Teddy and Choice37.

Are you looking forward to July’s new “MADE” songs from BIGBANG?