BIGBANG Says “We’re not close with other singers. We only have each other.”

On May 4 at the Conrad Hotel in Yeouido, Seoul, we interviewed BIGBANG to ask questions about their new project album “MADE”.

When asked about how other singers have reacted to releasing songs on the first day of each month, BIGBANG gave an unexpected answer. G-DRAGON said, “We’re not close with other singers. We too busy to care about what others think.”

G-DRAGON added, “The songs have just been released. I hope that our fans will love the album as we much as hope.” He also said, “We don’t really get hung up on results. If our album becomes a huge hit then that would certainly feel good. But even if our album doesn’t do so well, we like the album so we don’t have any regrets.”

He went on to say, “About us releasing a song every month, other singers and labels can use this as an opportunity to create high-quality contents. Then, people will have more good songs to listen to and become more interested in K-pop. This is my ultimate goal.

About the secret of maintaining the team spirit, G-DRAGON said, “We’re not BIGBANG if one of us leaves or gets switched. In any case, five of us became one team. We’ve become good friends and that what kept us together.”

He added, “I don’t think we should keep BIGBANG going by doing drastic things like changing members or kicking someone out. We create a great synergy effect when five of us are together. We are not close with any other artists but only with our members.  We’re good friends and that’s what kept us going.”

T.O.P commented, “We’ve never had a fight so far. We’re all very different and interested in different areas, so there’s no seed of conflict.”

BIGBANG released the first album of their new project album “MADE” on May 1. They will reveal a new song on the first day of each month until August. As project “M”, “LOSER” and “BAE BAE” have been released and are gaining favorable responses. 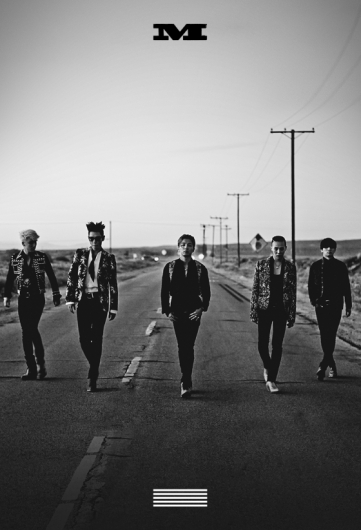