BIGBANG Talks about Beauty and Devotion of Longtime Fans 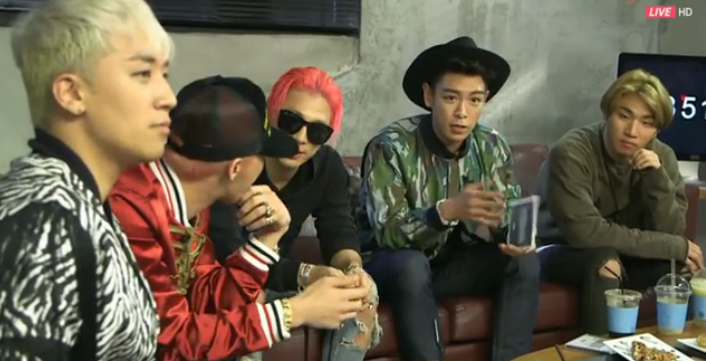 On BIGBANG‘s June 1 special live countdown show, host Seungri asks the other members if there’s anything they’d like to say to their fans who’ve been with them for almost ten years. The band debuted back in 2006, so they’re rounding up a bit – but it’s still an incredibly long time!

Seungri notes that the fans who started out with them over a decade ago have now aged ten years, just as they have. “Some have gotten married, and some of them have kids now,” he adds.

Seungri first turns to G-Dragon and asks him to say something to their longtime fans. “How’s married life?” G-Dragon says to the camera, totally stone-faced.

Taeyang takes a bit more of a serious approach. “They say that even mountains change in ten years’ time,” he says. “I find it so touching that despite that, your feelings haven’t changed.”

He promises that the group will respond to that by not changing either and continuing to try to produce good music. “Thanks for always being such an example for us. Don’t change in the future, and love us even more,” he asks their fans. 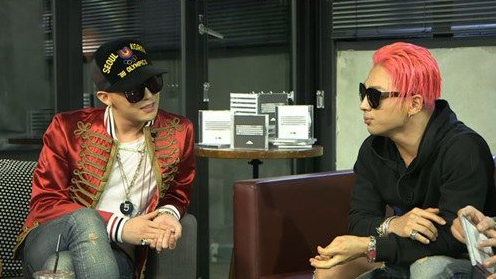 T.O.P is next and says, “Even when I see our fans for the first time in a while, it seems like they’re just as beautiful.” But when a fan sends in a message saying she’d spent her teenaged years with him, T.O.P answers, “That’s not true. I spent them alone.” 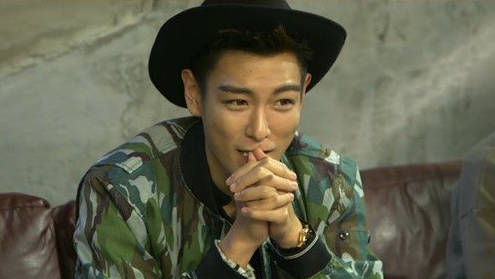 On this show, BIGBANG were counting down with their fans to the release of their most recent single, “Made Series-A” and the music video for “BANG BANG BANG.”