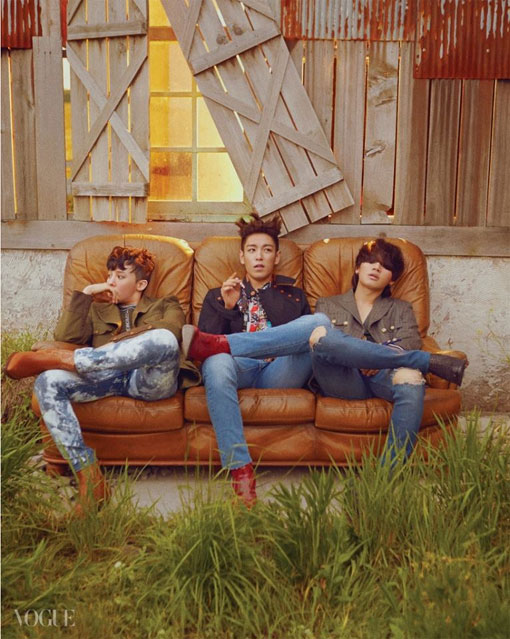 After revealing BIGBANG’s cover photos, Vogue magazine has released more photos of BIGBANG members transformed into hippie boys from their photo shoot. Individual as well as group photos have been shared.

First, G-Dragon and Seungri can be seen wearing different face paintings. They also appear to have freckles drawn onto their faces, with G-Dragon’s freckles being a bit more noticeable.  While G-Dragon looks chic, Seungri gives a cute wink. 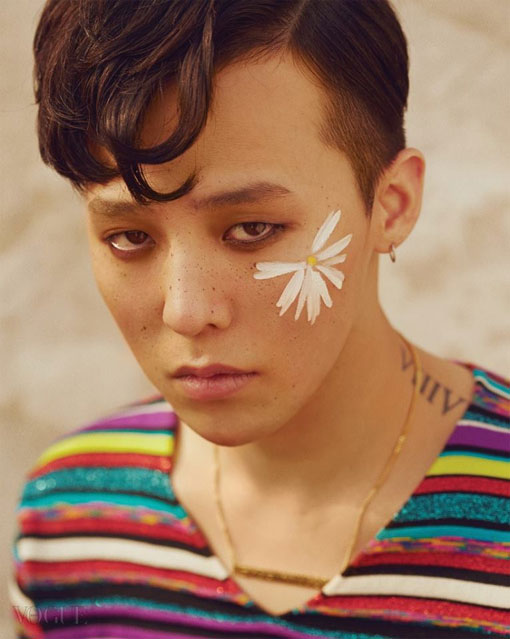 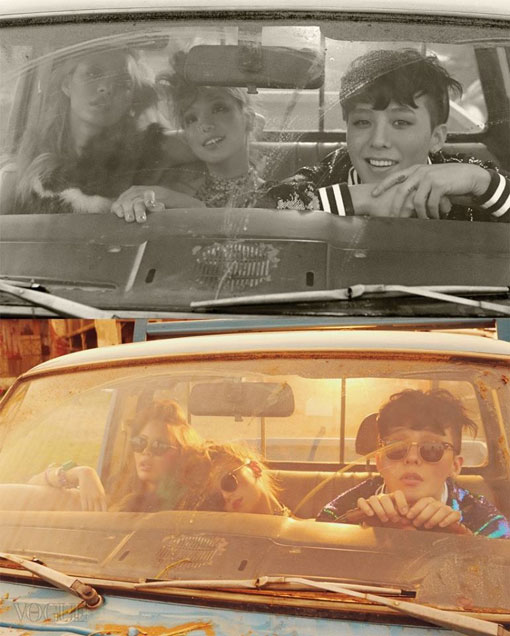 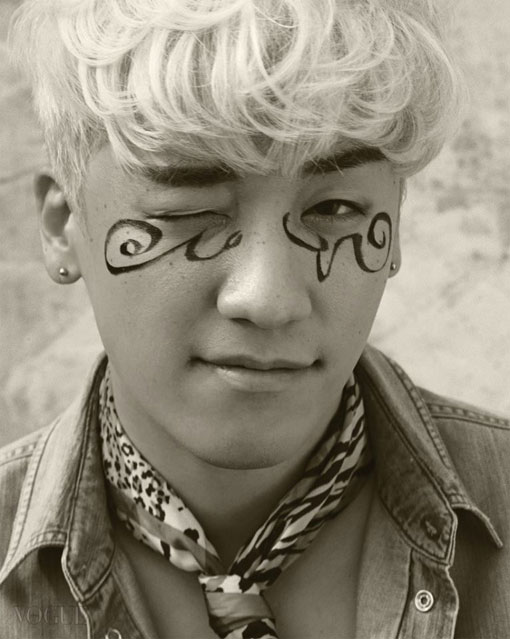 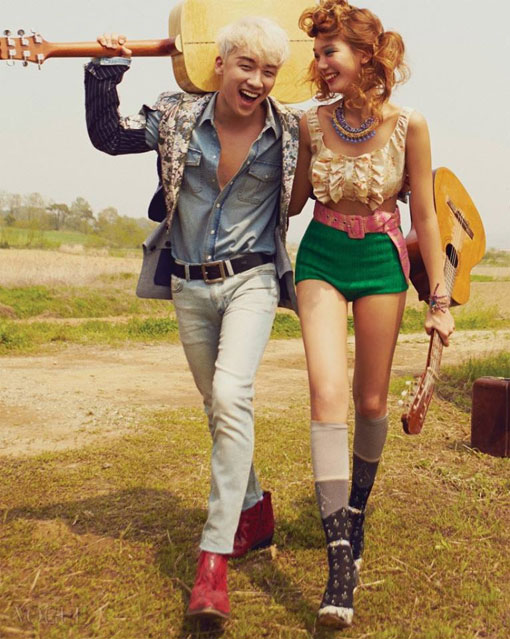 Group photos show the members retaining their chicness while embracing the bohemian concept of the photo shoot. 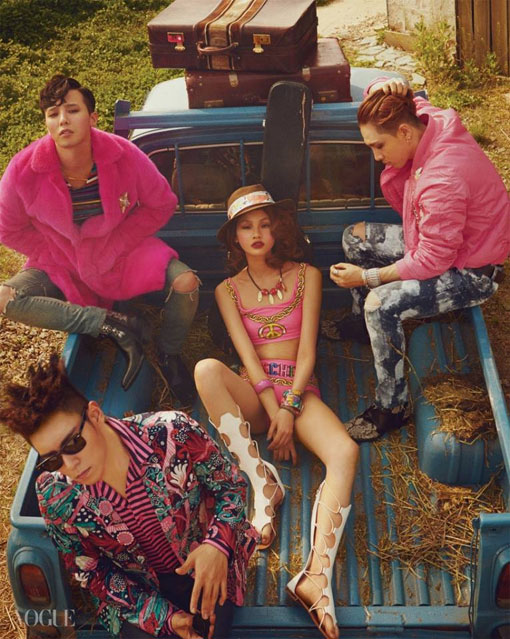 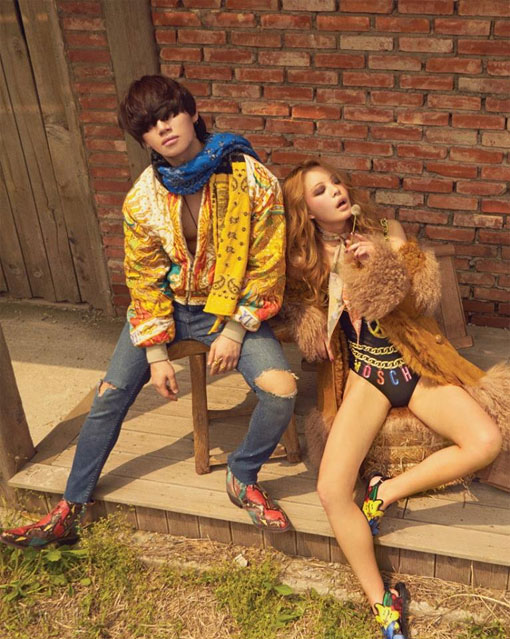 You can see more of their photo shoot through the July edition of Vogue Korea as well as their official website and Facebook page.