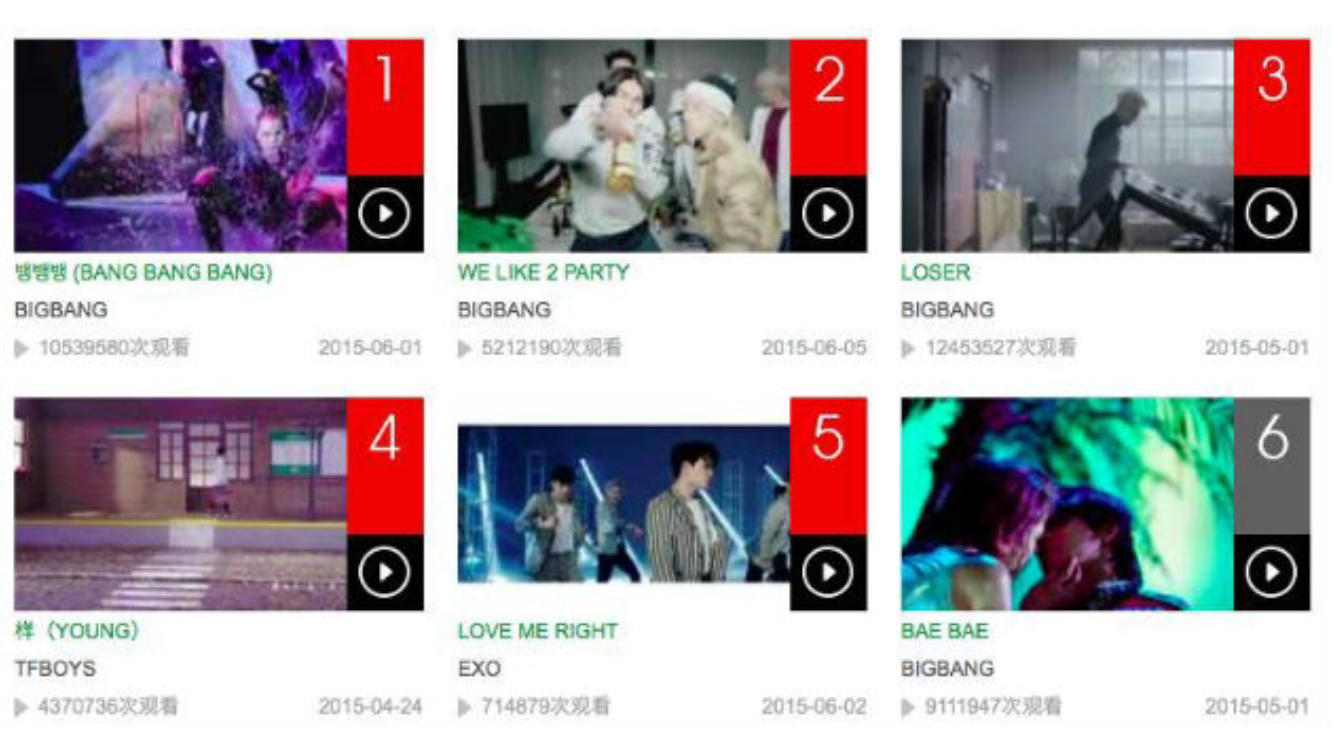 BIGBANG’s popularity has crossed the border and is being seen in China.

“BANG BANG BANG” and “WE LIKE 2 PARTY” unveiled both in South Korea and China simultaneously ranked #1 and #2 on China’s largest portal QQ Music, winning against other strong releases by Jay Chou and Taylor Swift. With this, “LOSER” unveiled in May is also ranked at #3, making a hit syndrome in China every time they release a song.

All music charts in China are different to the Korean ones in the sense that people stream the music for free instead of downloading with a charge. YG Entertainment, in prevention of illegal downloading and protection of digital music, came hand in hand with QQ Music and exclusively carried out a system for the first time to listen to music at a cost. And this is the first time to have this as a Korean artist.

“LOSER” and “BAE BAE” unveiled in May, and “BANG BANG BANG” and “WE LIKE 2 PARTY” released in June are sold at a cost as mini albums with two songs each.

Music videos on QQ Music and Youku are also attracting much attention. On music video charts of QQ Music “BANG BANG BANG” and “WE LIKE 2 PARTY” ranked #1 and #2 while “LOSER” and “BAE BAE” #3 and #6, making the chart all dominated by BIGBANG.

Meanwhile, BIGBANG has been topping South Korean music charts for 12 days in a row.

On June 13, “BANG BANG BANG” still stands at the top of daily charts like Melon, Bugs, Monkey 3 and Soribada while “WE LIKE 2 PARTY” is ranked in the top range.

BIGBANG will be in Hong Kong for their World Tour from June 12 to 14 to meet the local fans.