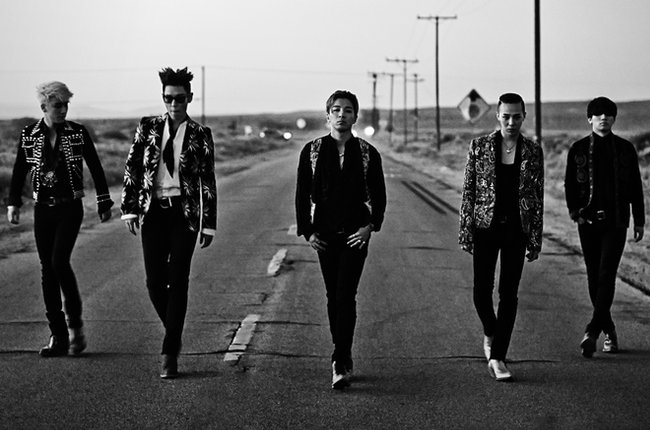 The K-pop phenoms announced six arena dates for the North American leg of their Made world tour. The quintet will hit big markets like the Los Angeles and New York areas (including a two-night stay at Newark's Prudential Center), along with less frequented markets for K-pop acts like Las Vegas and Toronto.

Come the October concerts, American fans will be able to not only hear favorites like "Fantastic Baby" and "Lies," but will also have a whole new album to hear live. Last month, the band revealed they'll release new music every month until the September release of their Made LP. "Loser" and "Bae Bae" were the first tastes of the forthcoming record. The week after their release, they occupied the top two slots on Billboard's World Digital Songs chart.

With six dates on the tour, the trek marks one of the largest K-pop tours in recent history. Interestingly enough, BIGBANG's label mates Epik High will hit North America for 11 dates this summer which marks the biggest K-pop tour since 2010.

Tickets for BIGBANG's Made dates go on sale on June 12 at various times depending on the location. Ticket prices range from $50 to $300.

Meanwhile, BIGBANG announced their upcoming single "Bang Bang Bang" and"We Like 2 Party" to be released on June 1. Check out the tour's blockbuster-themed trailer along with tour dates below.