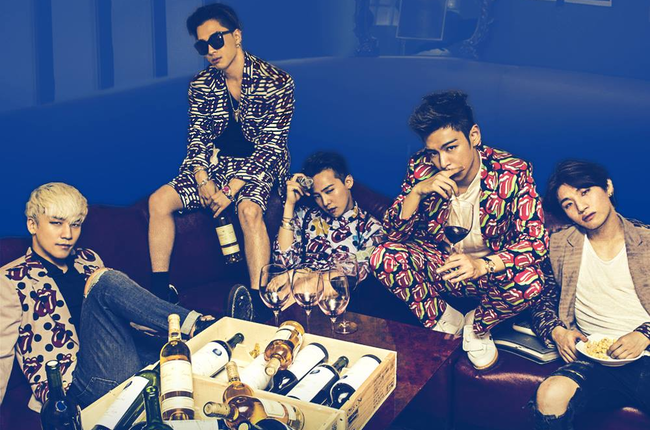 BIGBANG's music videos have earned the band more than a half-billion YouTube views, in big part due to their out-of-control visuals like when they played punky ravers in "Fantastic Baby" (152 million views), emo B-boys in "Bad Boy" (62 million), or were stylish rebels in this week's "Bang Bang Bang" (with eight million clicks three days later). But for their latest, the guys are showing a new sides of themselves -- their playful one.

Watch below as the quintet showcase their awesome bromance in the DIY-styled visual -- which at one point sees the guys filming with a selfie stick and what looks like personal footage of G-Dragon in his bedroom. Just like all over 20-somethings, the boys love drinking with their friends, singing karaoke and drawing on their passed-out squad member's face (tough luck, Daesung).


But unlike other 20-somethings, the BIGBANG boys are followed by dozens at all times, seen when they're mobbed at the airport by fans -- a situation the guys take advantage of and incorporate their followers into the video, bringing one woman on the verge of tears.

The adorable clip is reminiscent of their label mates 2NE1's "Do You Love Me" video, which saw the girls also strip away their powerful personas for a more candid visual -- which made it one of their best vids to date.

"We Like 2 Party" -- which sounds like it could be a One Direction single if it was stripped of its hip-hop elements -- was released alongside the double-A single "Bang Bang Bang" earlier this week. Along with other strong releases this week, both tracks are fighting to top Billboard's World Digital Songs chart, which will be revealed next week. Stay tuned to Billboard's K-Town for chart updates.