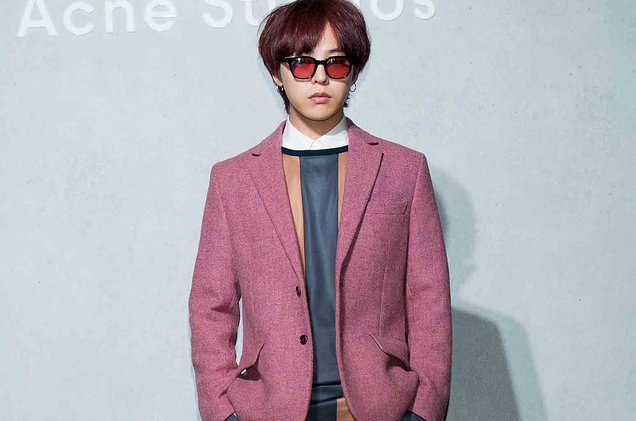 With streaming’s rise, there are many ways to release songs and albums nowadays, and the most recent album by K-pop icon G-Dragon spurred controversy because of it.

The BIGBANG member’s eponymous solo EP Kwon Ji Yong debuted on the Billboard 200 within a day of its release last week but was considered ineligible for Korea’s Gaon Chart. The chart’s operator, the Korean Music Content Industry Association (KMCIA), determined that the EP was not a true physical album since GD decided to sell USBs that linked to the songs rather than CDs with the songs on them.

The KMCIA said that G-Dragon’s highly personal five-track EP was not a true physical album because its USB linked to a site where buyers could download the songs rather than actually containing the tracks themselves.

According to Yonhap News, KMCIA’s decision was based on South Korean copyright law that defines an album as a physical object featuring music. If it goes uncontested, the decision will negatively impact G-Dragon’s success on other local music charts. It will also have a negative effect on weekly music programs, including SBS’ Inkigayo and MBC’s Show! Music Core, where the best-selling artists of the week, based on several categories including chart rankings, are awarded prizes.

G-Dragon addressed the debacle on Instagram, with a post titled “What’s the Problem?” “Everything in the world has pros and cons, but the external form of music records has consistently changed from cassette tape to CD and then to download file,” the artist wrote. “Isn’t the most important thing for music a good melody that will linger on the ears, mouths and minds of people for a long time and the lyrics that can touch people and make them laugh and cry?”

“We think that the whole issue is a structural problem, those holding on to the old way of thinking and not being able to accept the changes that are happening right now,” a YG Entertainment rep told Sports Dongha. “Why does music have to be stored only in CDs? This doesn’t make sense. … Devices change, but the most important thing is the melody and the lyrics that can stand the test of time and stay in people’s ears, mouths and minds as something precious and comforting.”

The USB links to a site containing photos, videos and download links for the five tracks of Kwon Ji Yong. It can be reused as a regular USB, providing a useful tool for fans who purchase the album, but remains controversial for pushing the boundaries of what is and what is not an album by KMCIA’s standard. Other sorts of nontraditional albums, such as digital-only releases, are also under scrutiny by the organization.

(The USB’s physical appearance also ignited some concern about quality control regarding the experimental album packaging after the red color of the product smudged, but YG Entertainment said it was intentional. The USB, which says “Kwon Ji Yong, Blood type A, 1988, August 18,” is meant to reflect G-Dragon’s DNA and birth.)

With hard-hitting hip-hop tracks and more reflective, melodic songs, such as the single “Untitled 2014,” Kwon Ji Yong earned G-Dragon his best U.S. sales week ever and landed at No. 192 on the Billboard 200 for the week ending June 8. The album also saw major success in China with more than 1 million albums sold via QQ Music, the country’s biggest music-streaming site, despite a Chinese push against Korean pop culture exports in recent months due to political and military concerns.