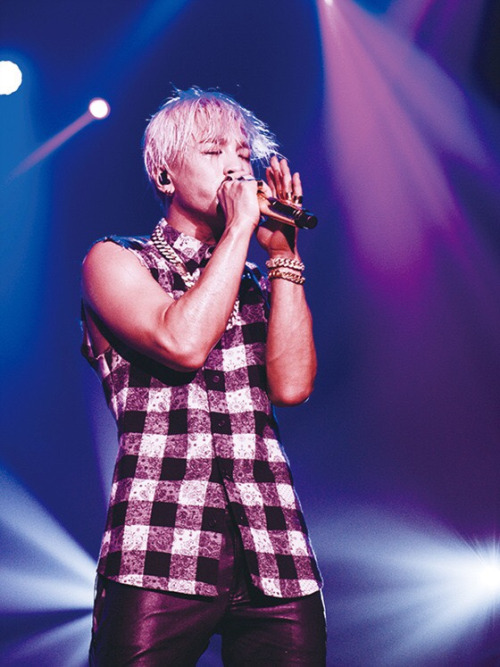 From alwaystaeyang.wordpress.com:
As the Asian leg of Taeyang’s RISE Tour draws to a close, here is a short review of the last day of the Seoul concert.

From F.ound Online by Seo Ok-Seon (who had also previously interviewed Taeyang in July 2014 and 2010.)

I am one of those people who think that you absolutely have to go watch your favorite artist’s concert when the artist has recently released a new album, and a new set has subsequently been announced.

There are several reasons for this: one, you are curious as to how much he has grown and changed; two, you want to hear every single track from his previous albums you really love, even in shorter, rearranged versions; and, last but not least, if the artist is someone who is particularly good or interesting in live, the concert will bring you an enormous catharsis. Taeyang is one of those rare artists who meet all of the above criteria.

Starting from August, Taeyang’s third solo concert tour “RISE” continued for over a month in Japan, which was then concluded with three shows in Seoul. The F.ound Magazine attended the last of those three, which was held on October 12. We thought the show had to be different from his 2008 concerts following the release of his EP “HOT” or the ones following the release of his first full-length album “Solar” in 2010 in terms of its structure, presentation and quality, and our expectations were crazy high. 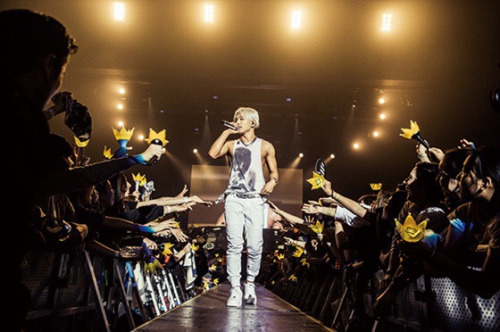 That day, Taeyang indeed looked very different from his previous solo concerts. I mean the way he looked – literally his outside appearance. The Taeyang that we had seen in his previous solo concerts – the idol pop star, who used to show up on stage looking all fancy, gorgeous and perfect from head to toe, was no longer there. The show kicked off with fast beat tracks such as “Body” and “Superstar” and segued into “You’re My” and “Eyes, Nose, Lips”, showing that where there used to be tensed nervousness, there is now the ease of a seasoned performer. When I saw him singing beautifully as always, but now with more ease, and dance better than anyone else, as always, but now with a greater sense of self-control and freedom, how much he’s changed for the past four years really hit me hard, especially during his “Breakdown” and “Wedding Dress” performances.

When I heard him singing the last two songs of his near two-hour show “Let Go” and “Love You to Death”, the expression “a new born rock star” came to my mind. I found myself asking, have we ever had a singer, a performer, an artist like him in this country before? (And the answer was, no, I don‘t think we ever have.)

Taeyang said he was involved in every aspect of the planning process of this tour. He did the tour he wanted the way he wanted and the outcome is simply amazing. Granted, there was room for improvement, especially in terms of stage design and the video played at the concert. However, I am just so grateful for his near perfect singing, which he could not deliver in his previous solo concerts, trying too hard to “look” perfect, and for proving once and for all that he could look better than anyone else simply by singing well.

After the concert, I found myself thinking that I could never imagine Taeyang putting on extra weight. Or him singing perfunctorily, giving up moving his body rhythmically, or him not treating music with sincerity. I presume that his ever-present thirst for “singing to my heart’s content” – as he has said repeatedly and consistently – has been quenched to a degree through his RISE promotions, where he could put more time and effort into this concert tour, while minimizing repetitive TV appearances. Here, we put a small full stop and wait for the next part of his story to begin.

Translation by pgeorgie for alwaystaeyang.wordpress.com. Please credit if taking out.