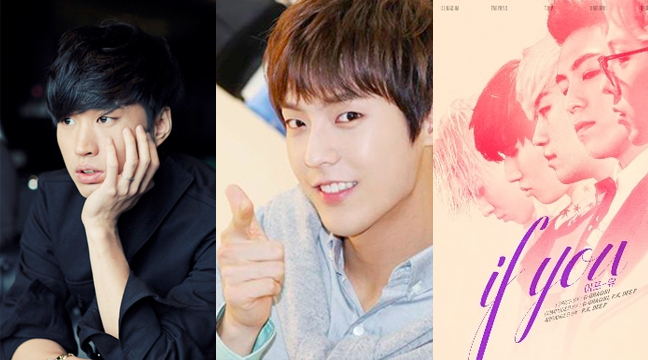 BIGBANG dropped the two most recent songs in their “MADE Series” on July 1, and the members are getting some much-deserved respect from fellow artists for their new hits. The emotional track “If You” was written and composed by member G-Dragon, while both G-Dragon and T.O.P had a hand in the writing of the dance song “Sober.”

Before the songs were released, the band’s sunbae and label mate Tablo of Epik High tweeted about “If You,” writing “This song is breathtaking” as a retweet of YG Entertainment‘s poster for the track. He also recommended “Sober” by tweeting “This song kicks asses.” 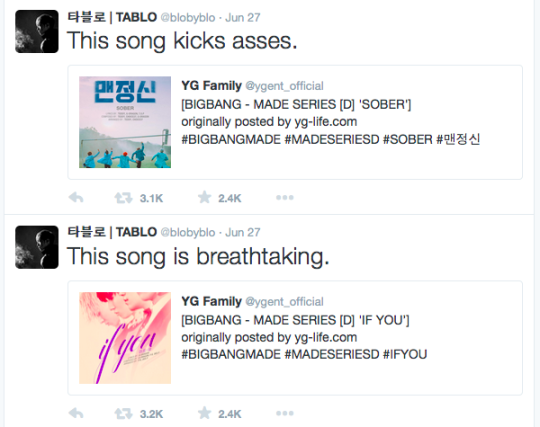 BTOB‘s Minhyuk took to Twitter to praise BIGBANG after the songs were released. He posted a capture of his music app on his phone playing “If You,” complete with the lyrics, and wrote as the caption, “Ah …. this is way too good …. I love ah no I respect you ..”

He then tweeted right after, “Because a good thing is good .. god bang ..” complete with a crying emoji. 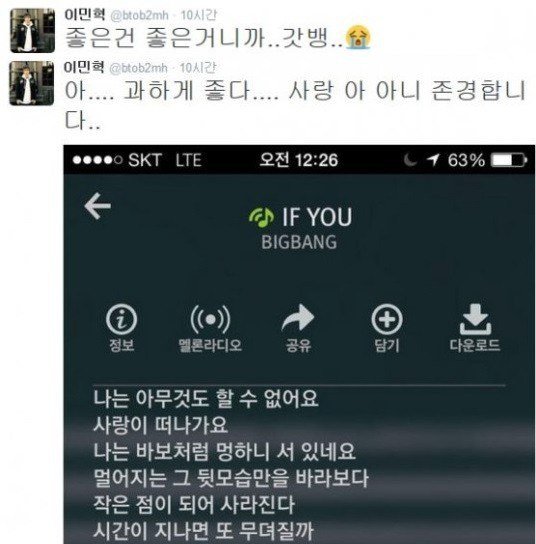