G-Dragon Differentiates BIGBANG from Other Groups Like EXO or SHINee 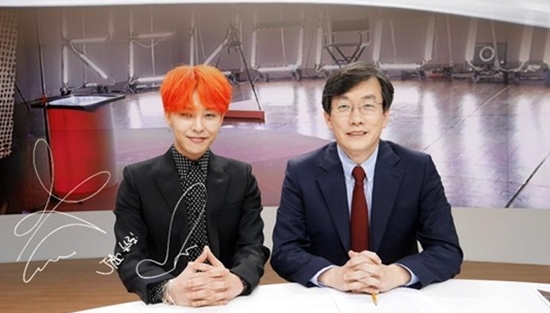 On the June 18 broadcast of JTBC’s “News Room,” BIGBANG member G-Dragon sat down for an interview with well-respected anchorman Sohn Suk Hee.

During the interview, Sohn Suk Hee asked, “What would you say is the difference between BIGBANG and other competing groups like EXO or SHINee, who have also released albums and are currently promoting?”

G-Dragon answered, “The difference is that we make our own songs, and our music appeals well to the public, and the public also likes these songs.”

The anchorman added, “Don’t you think the fans of EXO and SHINee will be angry at this statement?” to which G-Dragon responded, “They could get angry, but there’s nothing I can do because it’s the truth.”

Sohn Suk Hee continued, “It seems that [making your own songs] is important.” In response, the BIGBANG member shared, “It can’t be unimportant. For me personally, if I were to sing a song that I received from another composer, I wouldn’t have confidence. I’m not sure about other people, but because I have always expressed myself through the songs I make from a young age, I would be lacking in expression [when singing other people’s songs] compared to other singers.”