G-Dragon Hinted at Taeyang’s Relationship at the Time of “1AM” MV Release? 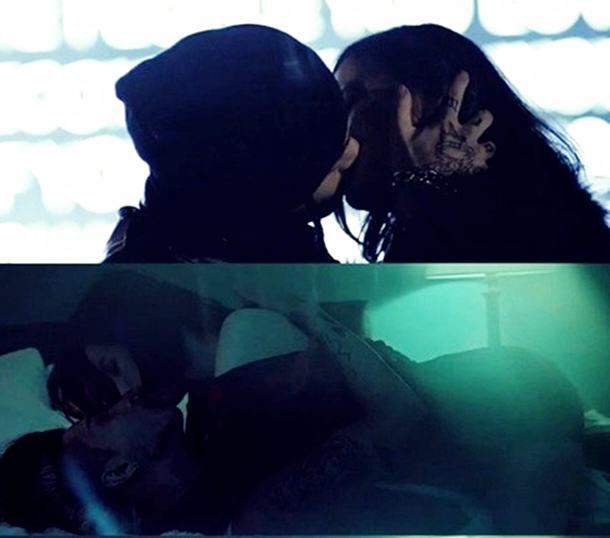 Following the confirmation of BIGBANG member Taeyang’s relationship with actress Min Hyo Rin, a previous SNS post by fellow group member G-Dragon has been put in the spotlight once again.

It has recently been pointed out that G-Dragon’s Instagram post at the time of Taeyang’s “1AM” music video release may have been hinting at Taeyang’s relationship with Min Hyo Rin, who starred as the female lead. In the music video, which was filmed in 2013, the two took part in a kiss scene, as well as a shocking bed scene.

With the release of the music video in June of 2014, G-Dragon shared the video with fans through his Instagram. The caption for this post read, “[Taeyang’s] new MV ‘1AM’ it’s on #taeyang #rise #1am #eolrerikkolreri.”

The term ‘eolrerikkolreri’ is a close equivalent of the well-known playground song ‘K-I-S-S-I-N-G,’ commonly used by children to tease a boy and girl who like each other: “(Boy) and (Girl) sitting in a tree K-I-S-S-I-N-G…” Fans are speculating that this term was used in reference to the couple’s relationship.

With all that said, let’s go back and rewatch Taeyang’s “1AM” mv!