G-Dragon’s big sister is getting married this coming October. 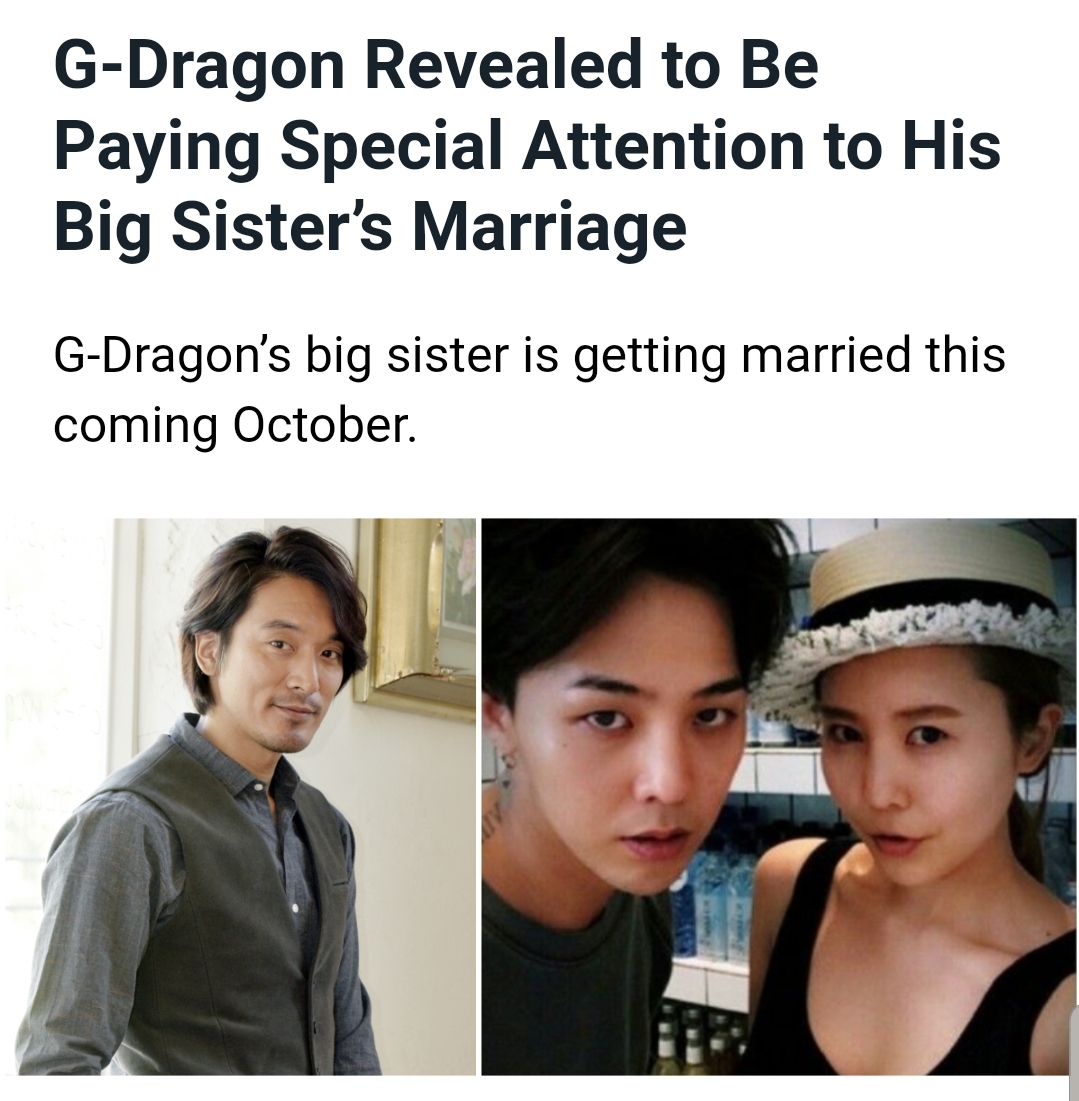 Kim Min Joon shared, “We originally planned not to tell anyone of our wedding date and get married quietly. We’re not going to have that many guests.”

He also explained, “We didn’t set a date in a rush. The parents on both sides told us to get married by the end of this year.”

Kim Min Joon continued, “My parents like Kwon Da Mi because she’s pleasant and friendly. I feel certain that I can spend the rest of my life with her.”

He also mentioned his fiance’s little brother by adding, “I saw G-Dragon twice when he was on leave from the military. He’s cute and lovable. He’s paying a lot of attention to his big sister’s wedding. I feel bad that we’re getting married before his discharge.”

Kim Min Joon and Kwon Da Mi are set to get married on coming October 11.