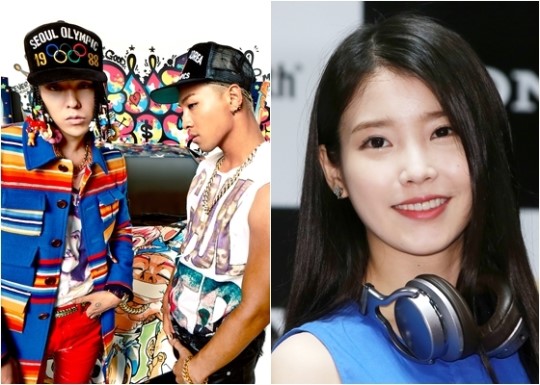 According to an exclusive report by Star News, BIGBANG’s G-Dragon and Taeyang, as well as IU will be joining the lineup for this year’s “Infinity Challenge” Music Festival!

On June 26, a broadcast insider is said to have revealed that the “2015 Infinity Challenge Music Festival” is now underway. As this music festival will be celebrating its 10th anniversary this year, viewers may be able to look forward to an impressive lineup.

It has been reported that G-Dragon, Taeyang, and IU have decided to take part in the festival, and are set to work with the show’s cast members to bring new music to viewers.

This will be G-Dragon’s third time doing this music festival, following his previous participation in 2011 and 2013. Taeyang and IU, on the other hand, will be trying their hand at this special broadcast for the first time.

The rest of the lineup is scheduled to be unveiled soon.