With the release of its Nike Air Force 1 “Para-Noise” set to go down this weekend, K-Pop superstar G-Dragon‘s PEACEMINUSONE has unveiled yet another collaborative AF1, one that features a completely-bedazzled upper. Just like the BIGBANG frontman himself, the design is loud, bold and impossible to ignore.

Although only a single image has been made available so far, it shows the entirety of the shoe’s top half covered in shimmering crystals — potentially provided by Swarovski, who’s also worked with Nike on Air Max 97s and Vapormax Flyknit 2.0s in years past. Swooshes are noticeably absent on both the lateral and medial sides, while a glistening daisy graphic appears on the black leather tongue and a large metallic silver heel clip is clamped onto the right shoe’s thick black flat laces. The sockliner and midsole are the only things that are simple here, as both are dressed in a crisp white.

It’s yet to be determined if these pop-star worthy kicks are a special bespoke edition created for G-Dragon himself, a limited friends-and-family release like the limited-to-88 yellow Swoosh-equipped iterations, or a design that’ll see a full retail release. Check out PEACEMINUSONE’s post above, and stay tuned for further information as it’s made available. 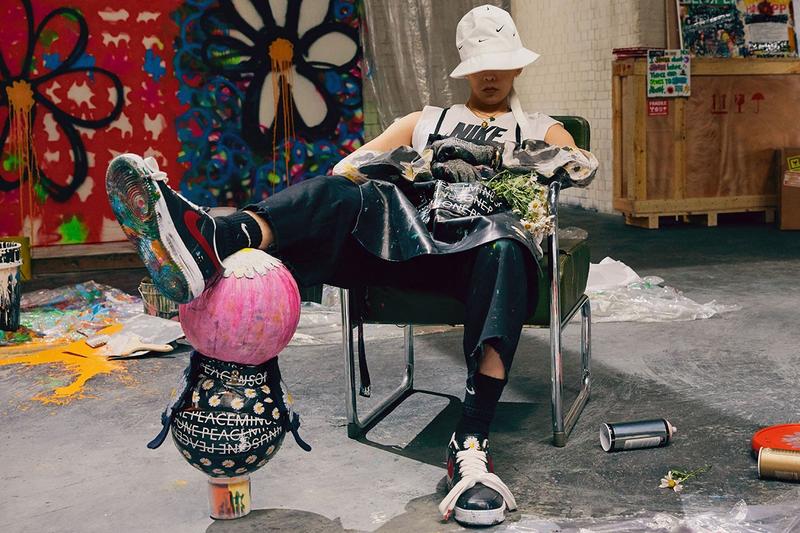