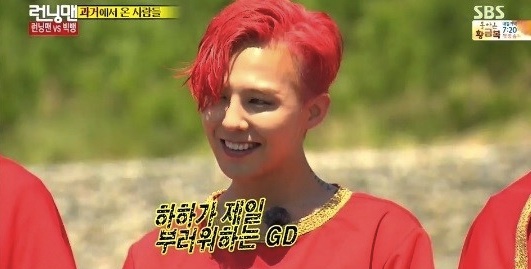 On June 7's much anticipated episode of “Running Man,” the guys of BIGBANG join the show’s regular cast members for a historically-themed race. For the show, BIGBANG gets dressed up like Roman gladiators with Kim Jong Kook, while the rest of the cast of “Running Man” is dressed as wealthy merchants from the Joseon dynasty.

While everyone is saying hello to each other in the opening, Yoo Jae Suk mentions that Haha envies G-Dragon most of all.

He then turns to G-Dragon and says, “Please be my son’s godfather!” Haha and his wife Byul have a young son named Dream, who is just about two years old. 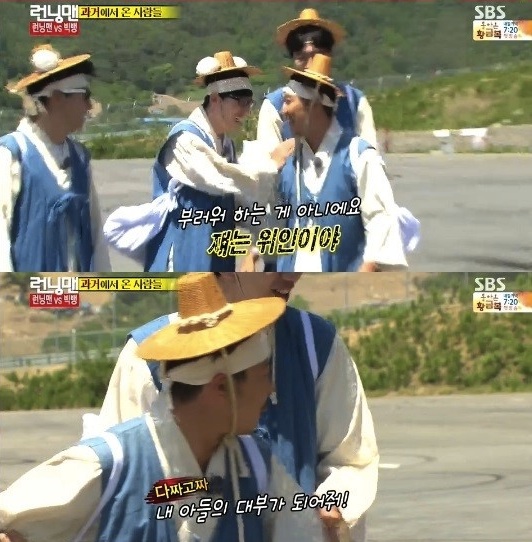 G-Dragon just laughs along with everyone else at Haha’s request. “Make my son like you!” yells Haha. 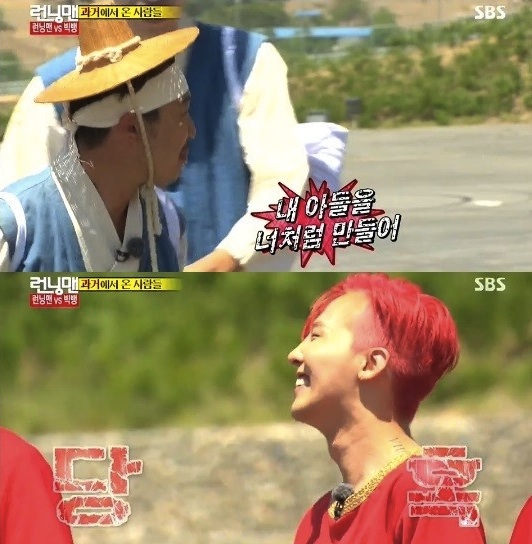 Be sure to watch this week’s episode for more!