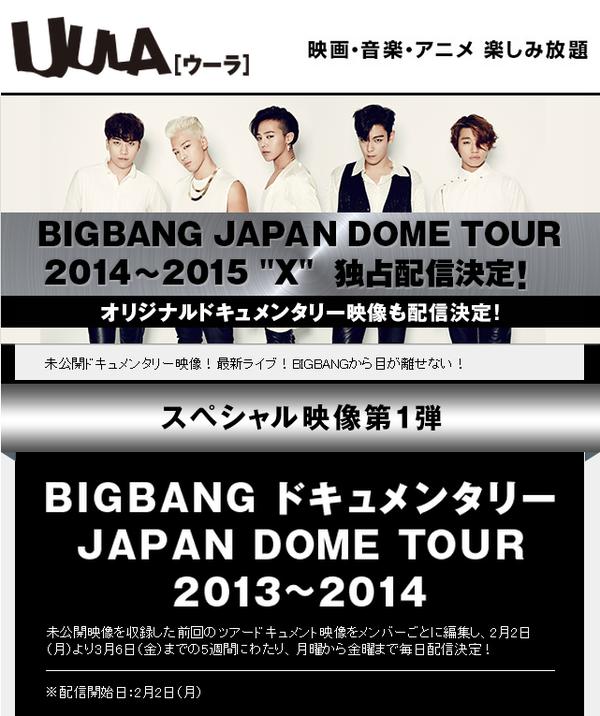 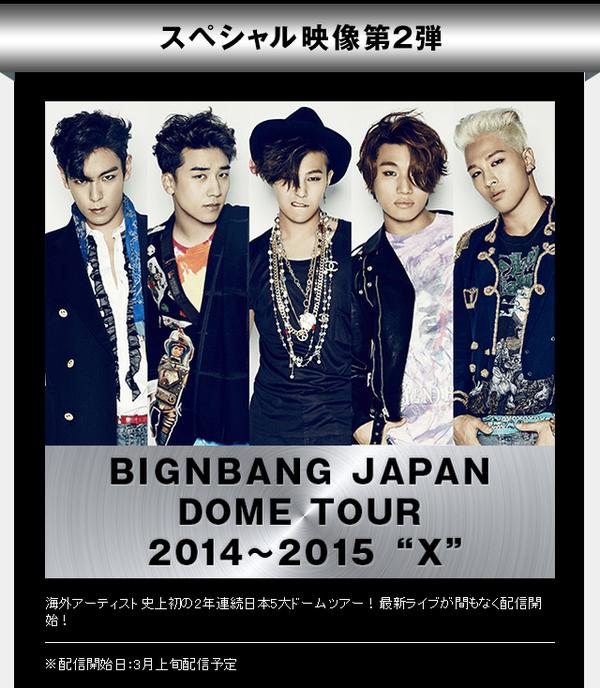 The video will be released in early March. In addtion to the unpublished documentary the previous DOME TOUR 2013-2014 will also be available to view from February onwards.