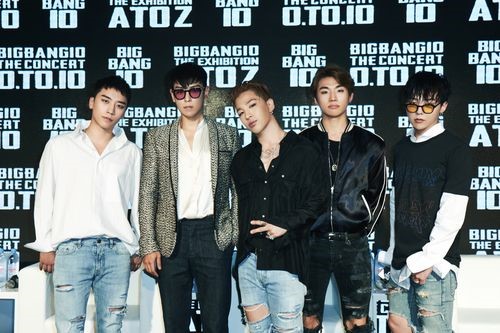 [일간스포츠=이미현 기자] BIGBANG will release new songs within this year.

According to multiple insiders on September 29, BIGBANG will release new songs within this year. BIGBANG is currently concentrating on recording of the new songs, which is known to be in the final stage.

At the end of the broadcasting, SEUNGRI unveiled the plan for BIGBANG’s new album. He said, “The new album will be released within this year. We’re recording it in secret now and it’s almost completed”. Such comment by SEUNGRI confirmed on the upcoming release of BIGBANG’s new album.

In the meantime, BIGBANG has recently hosted an art exhibition and released a BIGBANG movie in celebration of the 10th anniversary of their debut. On September 21, BIGBANG held a 10th anniversary concert at Sang-am World Cup Stadium, to meet 65,000 fans.