[Midnight New Song] “Because it’s BIGBANG!”… Fun summer with the sadness in its climax

[OSEN=??? ??] Utmost tenderness and fun and exciting feeling are all mixed together in the song. Following the BIGBANG style but new, it was the pinnacle of “BIGBANG style”.

BIGBANG unveiled “IF YOU” and “SOBER”, their new songs for July, on July 1 at 0 o’clock. The two songs are included in single album “D” of “MADE” project.

As it is already known, “IF YOU” is the saddest song ever in BIGBANG’s history. The loneliness of “LOSER” and sadness of “MONSTER” are well mixed in the song. Just as it is known as the saddest and most sentimental ballad among all BIGBANG songs, it really is a song that makes listeners also feel sad.

Many songs of BIGBANG are unique but appealing to the public at the same time, and “IF YOU” is one of them, which has a variety of aspects that the public would like. The song is impressive in that it is not only expressing the sadness but also expressing it in a “BIGBANG style”, in a tender and stylish manner. What is more charming about this song is that the sad feeling that is drawn to its peak is not expressed excessively, but in a calm manner. Plus, even rapper T.O.P sings for the song, so the vocal line expressed by all the members feels completely new.

As YG’s head YANG HYUN SUK said before the release of the song, “Not only teenagers and twenty-somethings but also people from all generations will burst into tears while listening to this song. It is my favorite song among all the new songs of BIGBANG”, it really is a song that can appeal to the public sufficiently. 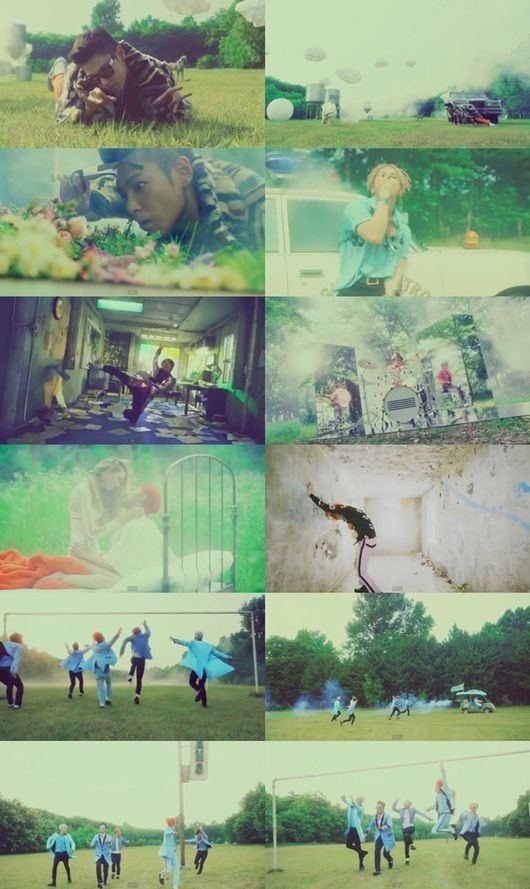 G-DRAGON took part in composing and writing the lyrics of “IF YOU”, and PK who composed BIGBANG’s “MONSTER” and Dee.P who composed TAEYANG’s solo “EYES, NOSE, LIPS” together with TEDDY composed and arranged it.

Another title track “SOBER” is an exciting dance song that perfectly fits this summer season. Its quick tempo and BIGBANG’s flagship fun atmosphere are mixed well together, giving a new feel completely different from “IF YOU”. While “IF YOU” appeals to emotions, “SOBER” is a song that everyone can enjoy cheerfully.

However, it is not just a summer song that targets the season. It has the firm color of BIGBANG’s music, while having their unique voice color and mood, which complete a special summer song that is different from those of other singers. The music video of the song feels dreamy, and creates a unique mood at the same time, to give fans one more thing to enjoy.

As every new song of BIGBANG’s “MADE” project released since May has created sensation, music fans are paying keen attention to what record “IF YOU” and “SOBER”, two contrasting songs, will set in July.