New Hints Are Out for BIGBANG’s Upcoming Songs in July 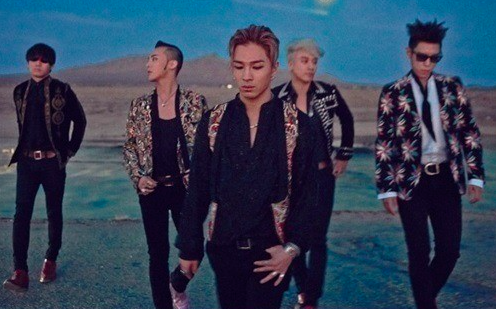 VIPs have a lot to look forward to, since BIGBANG is already filming the music video for their new songs that will be released on July 1.

A music industry insider on June 17 said, “If ‘BANG BANG BANG’ is an intense dance song with an emphasis on its hip-hop beat, one of the new July songs is a lighter and fun upbeat song. The lyrics, too, are more cheerful.”

“You can think of it is a song fit for summer,” the insider added. “The other new song is still upbeat but also has a sentimental touch to it.”

According to the insider, BIGBANG is currently in the process of filming music videos for these new July songs.

“Filming for their new music video started yesterday (June 16) and has extended into today,” the insider said. “BIGBANG is always trying to connect with fans through good songs.”

Fans are already eager to see how BIGBANG will once again set a new record with their upcoming songs on July 1.