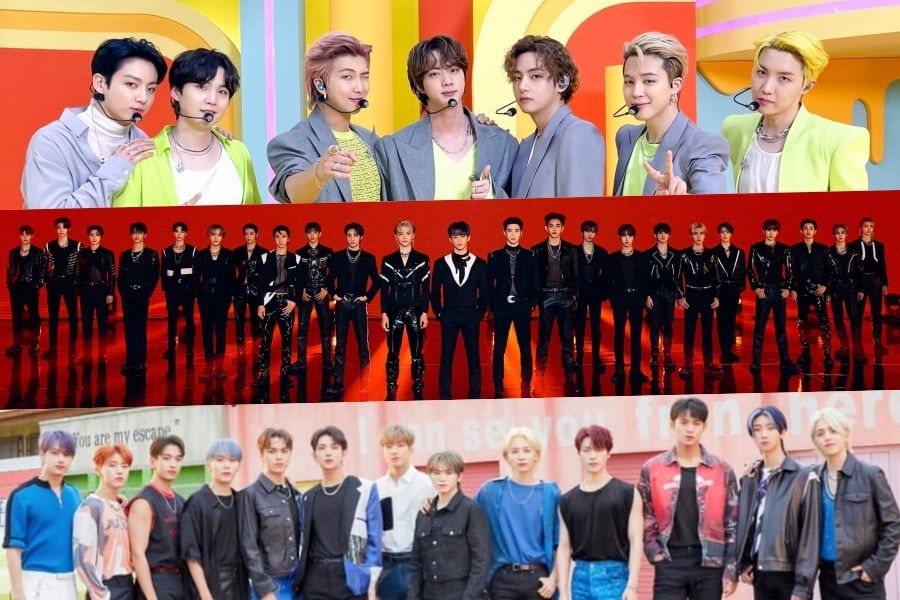 The rankings were determined through an analysis of the consumer participation, media coverage, interaction, and community indexes of various boy groups, using big data collected from September 9 to October 9.

BTS topped the list for the 41st consecutive month with a brand reputation index of 7,748,253. High-ranking phrases in the group’s keyword analysis included “Coldplay,” “My Universe,” and “Billboard,” while their highest-ranking related terms included “record,” “collaborate,” and “support.” BTS’s positivity-negativity analysis also revealed a score of 76.98 percent positive reactions.

NCT rose to second place in the rankings with a brand reputation index of 3,851,680, marking a 63.52 percent rise in their score since September.

Meanwhile, SEVENTEEN came in at a close third with a brand reputation index of 3,534,327 after seeing a 56.03 percent increase in their own score.

EXO claimed fourth place on this month’s list with a brand reputation index of 2,673,583, marking a 38.06 percent rise in their score since September.

Finally, INFINITE shot up to fifth place after enjoying a 94.43 percent increase in their brand reputation index since last month. The group’s total score for October came out to 2,183,097.