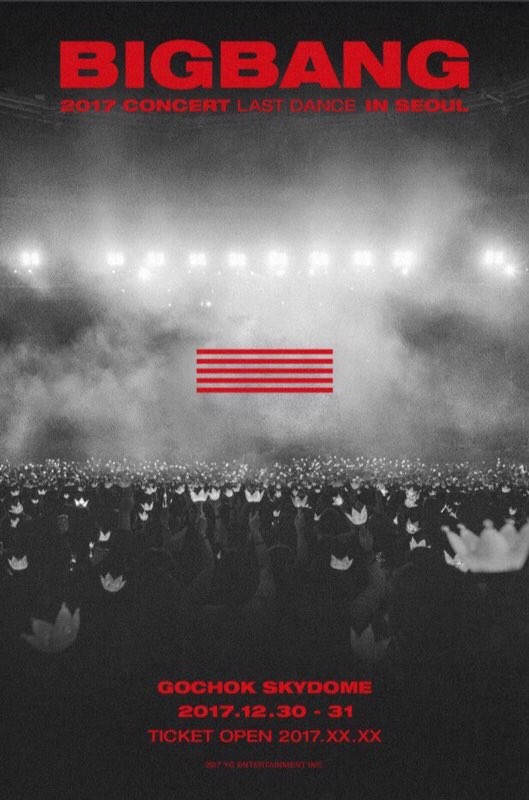 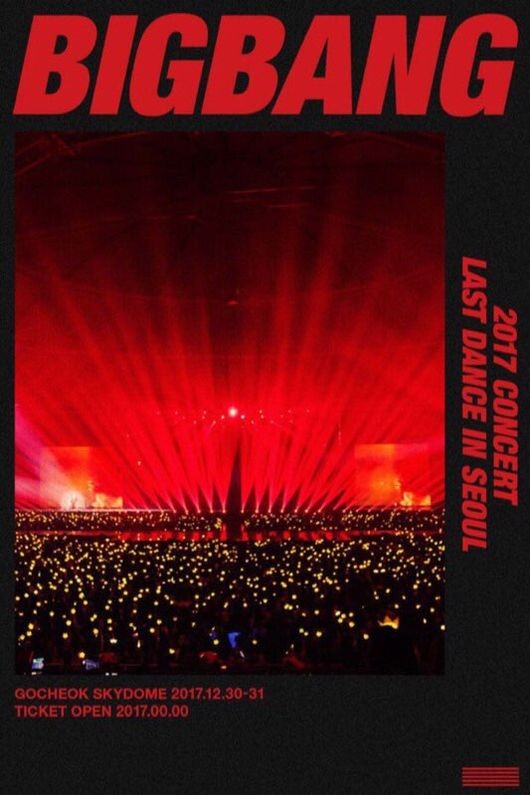 [OSEN=김은애 기자] The schedule for the opening of ticket sale for BIGBANG’s concert to be held at the end of the year has been announced.

Today (Oct. 31), BIGBANG released two main posters of the Seoul concert on their official social media account. In the posters, the “Bang-bong” (the glow-in-the-dark stick that symbolizes BIGBANG) shaken by fans filling up the stadium with a stage lighted red catches the eyes.

The first ticket sale will be opened on Auction on November 16 at 8PM. The competition to get the tickets is expected to be fiercer than ever before.

The concert will present solo performances of G-DRAGON, TAEYANG, DAESUNG, and SEUNGRI as well as group performances of group BIGBANG produced in a splendid way with videos and lighting in a grand scale. It will be a good opportunity to remember the meaning of BIGBANG who has left an unprecedented mark in Korea’s music scene.