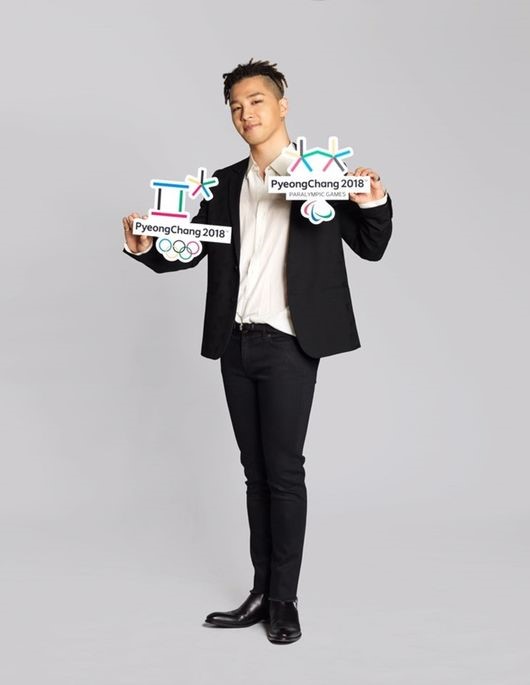 [OSEN=선미경 기자] BIGBANG’s TAEYANG has been appointed as an honorary ambassador of the 2018 PyeongChang Olympic and Paralympic Games.

On June 21, President of the Pyeongchang Organizing Committee Lee Hee-beom officially appointed as TAEYANG an honorary ambassador at the Press Center.

TAEYANG will be promoting the PyeongChang Olympic Games in and out of Korea. He will also make a song for the Olympic Games drawing on the song writing skills he has gained as a member of BIGBANG and as a solo artist during the last ten years, and expectations are running high for his new song.

TAEYANG talked about how he felt to be appointed as an ambassador and said, “I have often experienced that music can bring people together breaking down barriers in languages and culture. I hope that many people can share their dreams and passion at the PyeongChang Olympic Games.”

TAEYANG started his singing career in 20016 as a member of BIGBANG. In 2008, he debuted as a solo singer, and he was the first one to go solo among BIGBANG members. TAEYANG has a number of hit songs such as “LOOK AT ME ONLY” and “EYES, NOSE, LIPS” and was awarded Male Singer, Best Vocal Performance, and Best Song of the Year at the 2014 Mnet Asian Music Awards.

Currently, TAEYANG is preparing to release a solo single. He is to hold his first ever solo concert tour “SOL JAPAN STADIUM LIVE 2017” and hold concerts at the ZOZO Marine Stadium in Chiba on July 8-9 and the Kobe Sports Park Baseball Stadium on August 5-6.