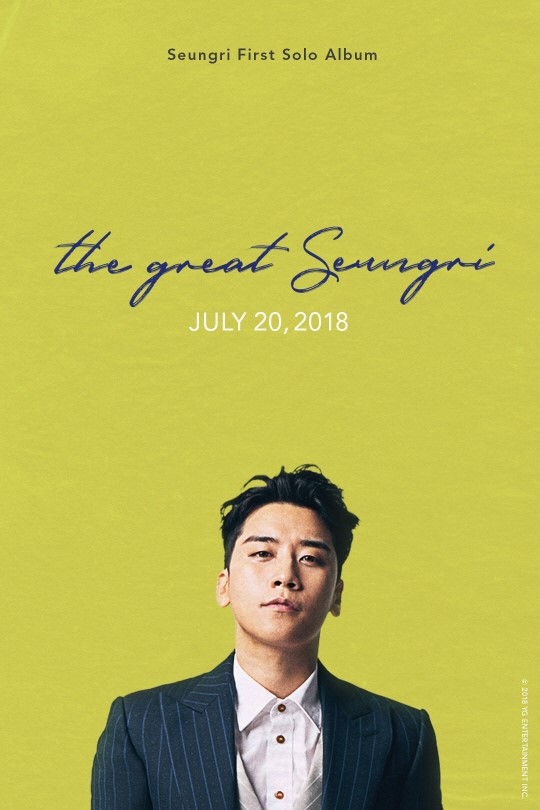 On July 3 at 9 AM, YG Entertainment announced the release of SEUNGRI’s new album by uploading a teaser poster on their official blog (www.yg-life.com).

SEUNGRI noticed his solo comeback this summer while communicating with the fans through his social media. He raised expectations on his upcoming album by writing hashtags that read ‘solo comeback imminent’, ‘THE GREAT SEUNGRI’, and ‘Solo album’.

It’s been 5 years since SEUNGRI was active as a solo artist, since the album ‘Let’s Talk About Love’ was released back in August 2013. After gaining the nickname ‘Seungtsbi’ with his successful business career and showing off his variety senses on broadcasts, he will now get back on stage as a solo artist.

Following the release of his album, SEUNGRI will meet the fans through his solo concert SEUNGRI 2018 1st SOLO TOUR [THE GREAT SEUNGRI] in SEOUL x BC CARD’, which will be held from August 4~5 at 6 PM in Jangchung Arena, Seoul.