[Oh! Music] G-DRAGON, the icon of No.1 on music charts, captivating the world 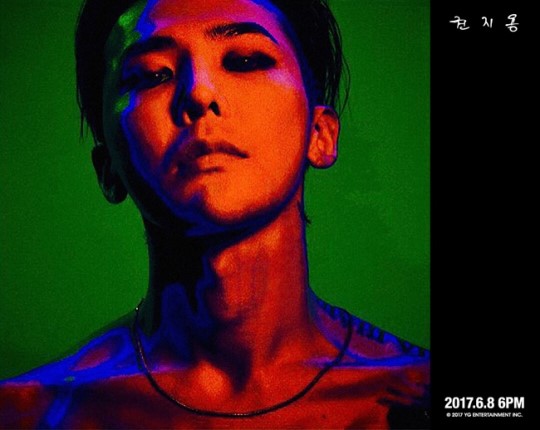 [OSEN=선미경 기자] G-DRAGON is sweeping No.1 on music charts again.

Even though it was expected by everyone, the scale of G-DRAGON’s success is still surprising. G-DRAGON is boasting his formidable influence in the music scene, going beyond Asia to captivate the world. G-DRAGON’s first solo album in four years is making everyone utter an exclamation.

G-DRAGON drew keen attention with his new solo album “KWON JI YONG” released on June 8 at 6PM. Because of the recent issue of another BIGBANG member T.O.P, G-DRAGON did not implement any specific promotion for his new album, but he still proved his full potential. He was still super popular and the whole world spotlighted the “GD Style”.

G-DRAGON’s domination of music charts has long been expected by Korea’s music scene. The brand G-DRAGON is so powerful and his music has always appealed to both of the general public and his fandom. G-DRAGON’s music has always presented a new and bold but appealing style.

As everyone expected, G-DRAGON swept No.1 on major music charts upon the release of his new album and “UNTITLED”, the title track of the album, is dominating the top rank on eight music-streaming websites. Notably, not only “UNTITLED” but also the intro track, “BULLSHIT”, and “SUPER STAR” are staying in high ranks on charts. Even though the entry barrier was high for G-DRAGON’s new songs as they were released at 6PM after the reform of charts, G-DRAGON exerted his full potential.

The success of G-DRAGON’s new songs on charts proved his unmatched status and brand power in the music scene. G-DRAGON still stays at the center of everyone’s attention with the music of his unique style and his value has been proven once again with the success on charts.

G-DRAGON’s popularity that is going beyond Asia to spread throughout the world is also drawing keen attention. G-DRAGON’s new album “KWON JI YONG” topped the iTunes albums charts of 35 countries within six hours of release, including the United States, Argentina, Azerbaijan, Brazil, Brunei, Cambodia, Chile, Czech Republic, Columbia, Finland, Russia, Singapore, Sweden, Taiwan, and Turkey. As such, G-DRAGON is captivating music fans not only in Asia but also in Europe and North America. The record is an unprecedented one, so it bears all the more significant meaning.

In his new album, G-DRAGON tried to talk about the stories of Kwon Ji Yong as an ordinary man, not G-DRAGON as the leader of BIGBANG and a solo artist. He created the new album by expressing his stories and thoughts like any other man whose thirties have just begun. The sincere music of the new album which was made to talk about Kwon Ji Yong’s stories rather than to create another hit sounds outstanding. As the album that marks the beginning of his thirties draws keen attention worldwide, G-DRAGON’s unrivalled potential and status in the music scene have been proven once again.