[OSEN=??? ??] BIGBANG’s GD and TAEYANG are attracting much attention with their upcoming appearance on MBC’s variety show “Infinite Challenge.” 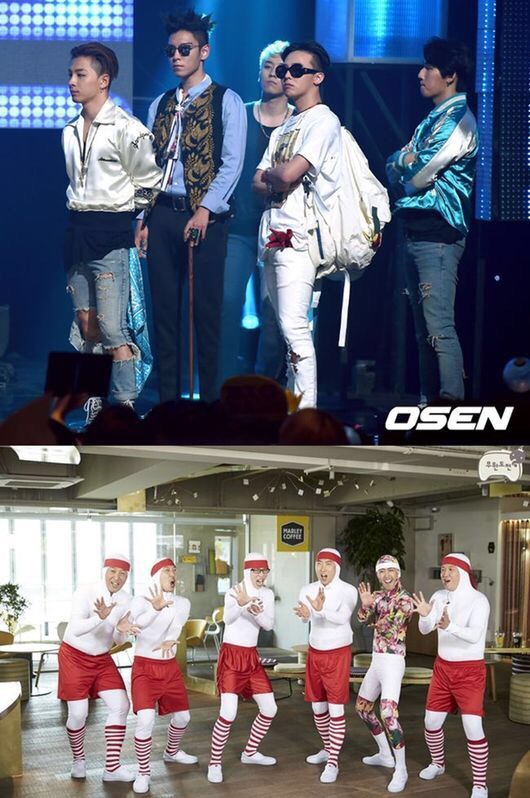 It is said that the two members of BIGBANG were at the set of “Infinite Challenge” music festival to film for the show. This is GD’s third time and TAEYANG’s first.

The music festival on “Infinite Challenge” is held once in two years. It has been going on for the last 10 years, and the program garnered much popularity. All artists partaking in the festival are amazing singers, which attracts even more attention. The music released on the show also garners much popularity, making the music industry vigilant.

The show is already attracting much attention as the news of BIGBANG is announced. GD partook in the show with Park Myung Soo and Jung Hyung Don in 2011 and 2013 respectively, showcasing some peculiar chemistry with the partners. So it is no surprise that the viewers excited about his appearance.

And it is more exciting as his fellow member TAEYANG will be appearing for the very first time. It would be interesting to see how the two will perform on the show.

BIGBANG is scheduled to release new tracks every month, so their appearance on “Infinite Challenge” will help them attract more attention to their albums.

BIGBANG and the members of “Infinite Challenge” are known for their chemistry. Apart from the music festival, BIGBANG appeared on other series of the show. The gifted entertainers of BIGBANG received many positive reviews for their wit on the show, attracting many viewers.

All eyes are on GD and TAEYANG so see whom they will partner with this time and how they will perform.