Overview of the "games" part of the Fan Meeting in Shanghai:

1.During the arrow throwing game, G-Dragon threw all his arrows at once, which was cheating and was made to throw them again.

3.BIGBANG had to compete against audience members in staring contests. T.O.P and Daesung competed against male fans.

4.At the beginning, when the prize wheel was brought out, G-Dragon jokingly wrote “Kiss with Seungri” on it. Then Taeyang wrote “deep kiss with Daesung” on another part of the wheel.

5.All of the members took individual Polaroids as gifts for selected fans. G-Dragon took a funny one, which Seungri later took and copied the face of. He also posted the screenshot to his weibo account later.

6.A fan wanted a Polaroid but did not win the contest, so G-Dragon said he would take a picture of Seungri’s butt for the fan. Seungri responded “my butt is very expensive!”

7.T.O.P stated that his eyes were uncomfortable/tired today, but still took his glasses of to play staring contest with the male fan.

8.They played another game called “Guess the Word”. A fan chose the word “panda” and kept pointing at Seungri. He got the answer right, but informed that fan that he isn’t a panda anymore. 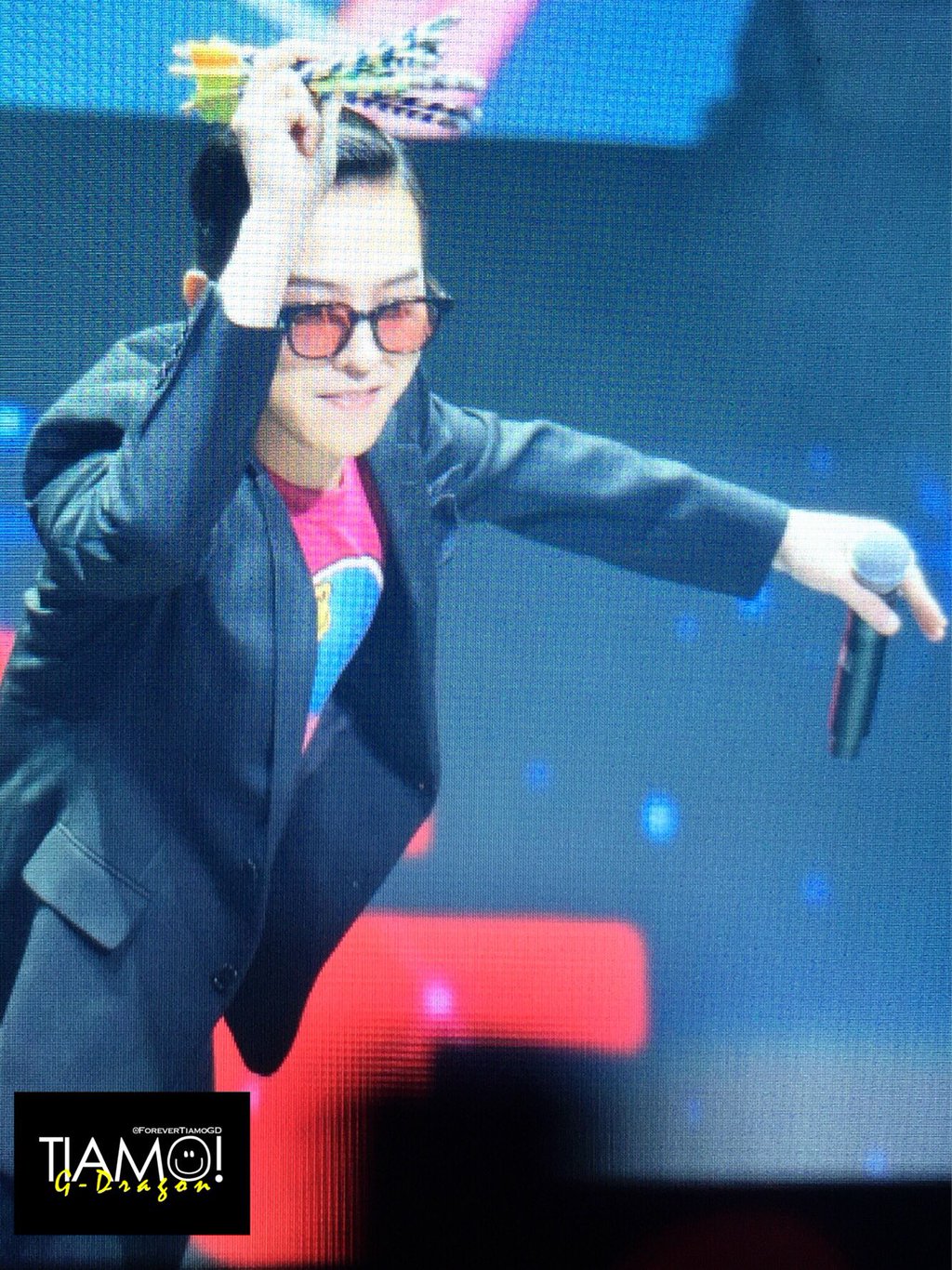 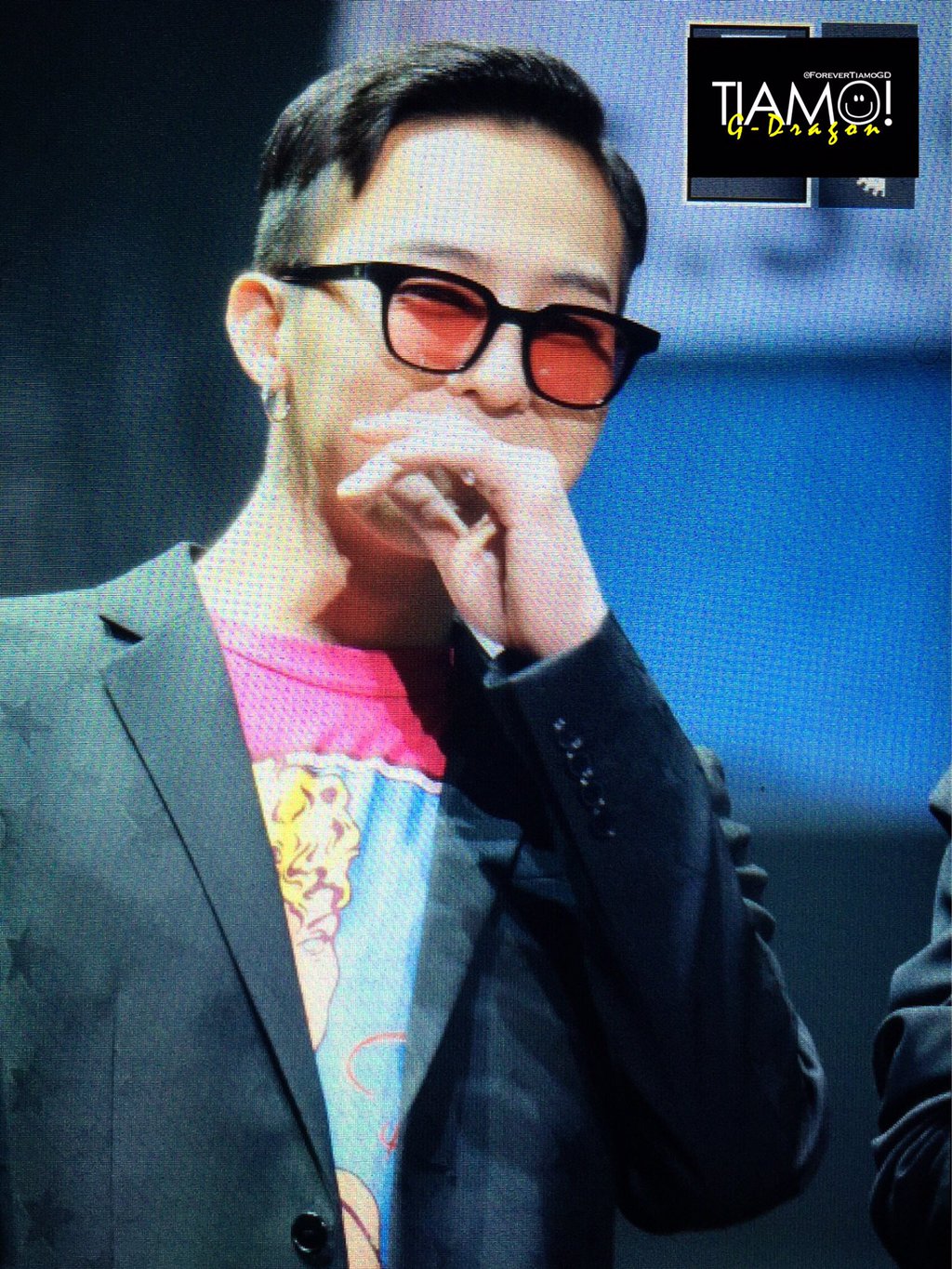 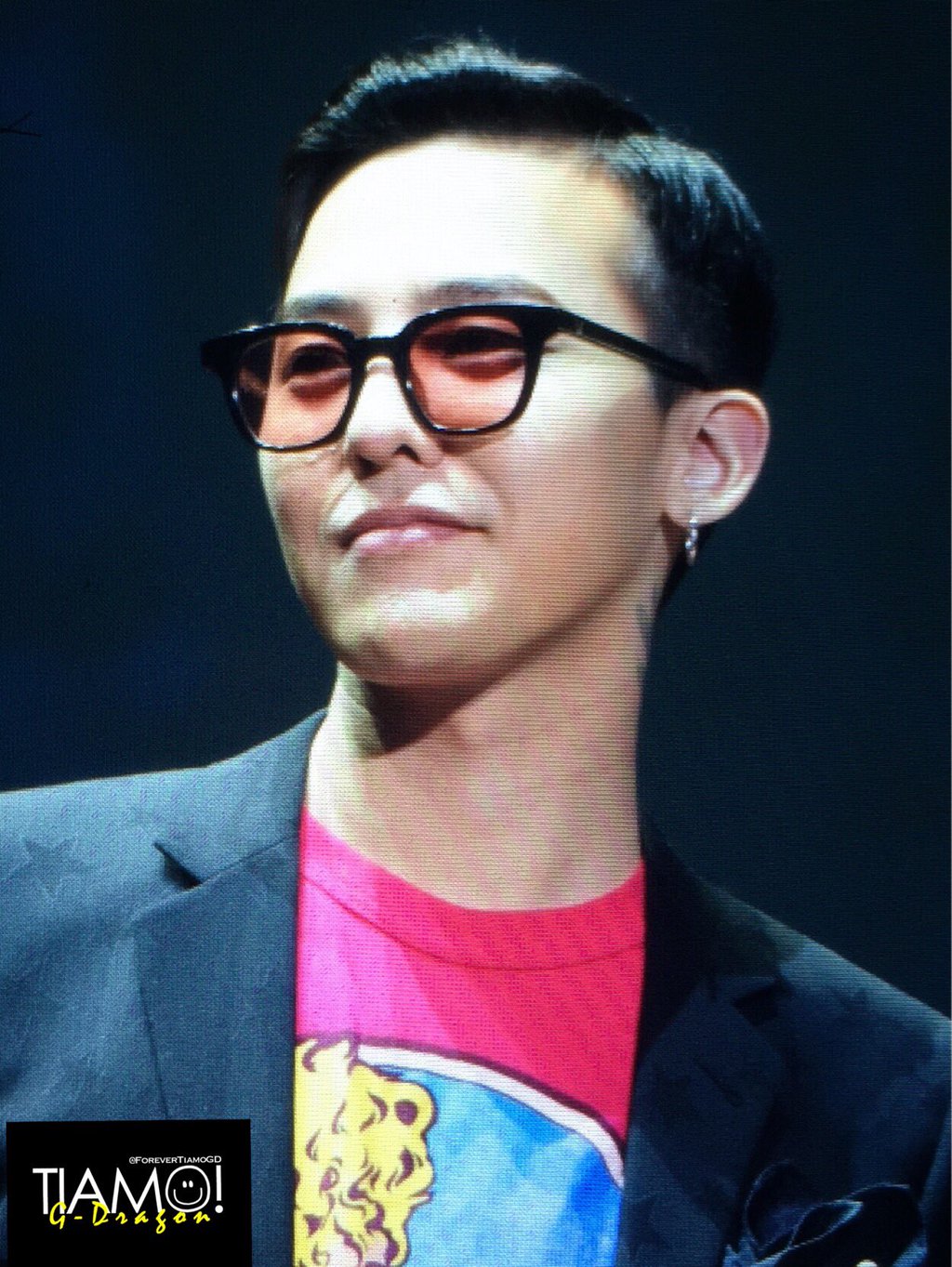 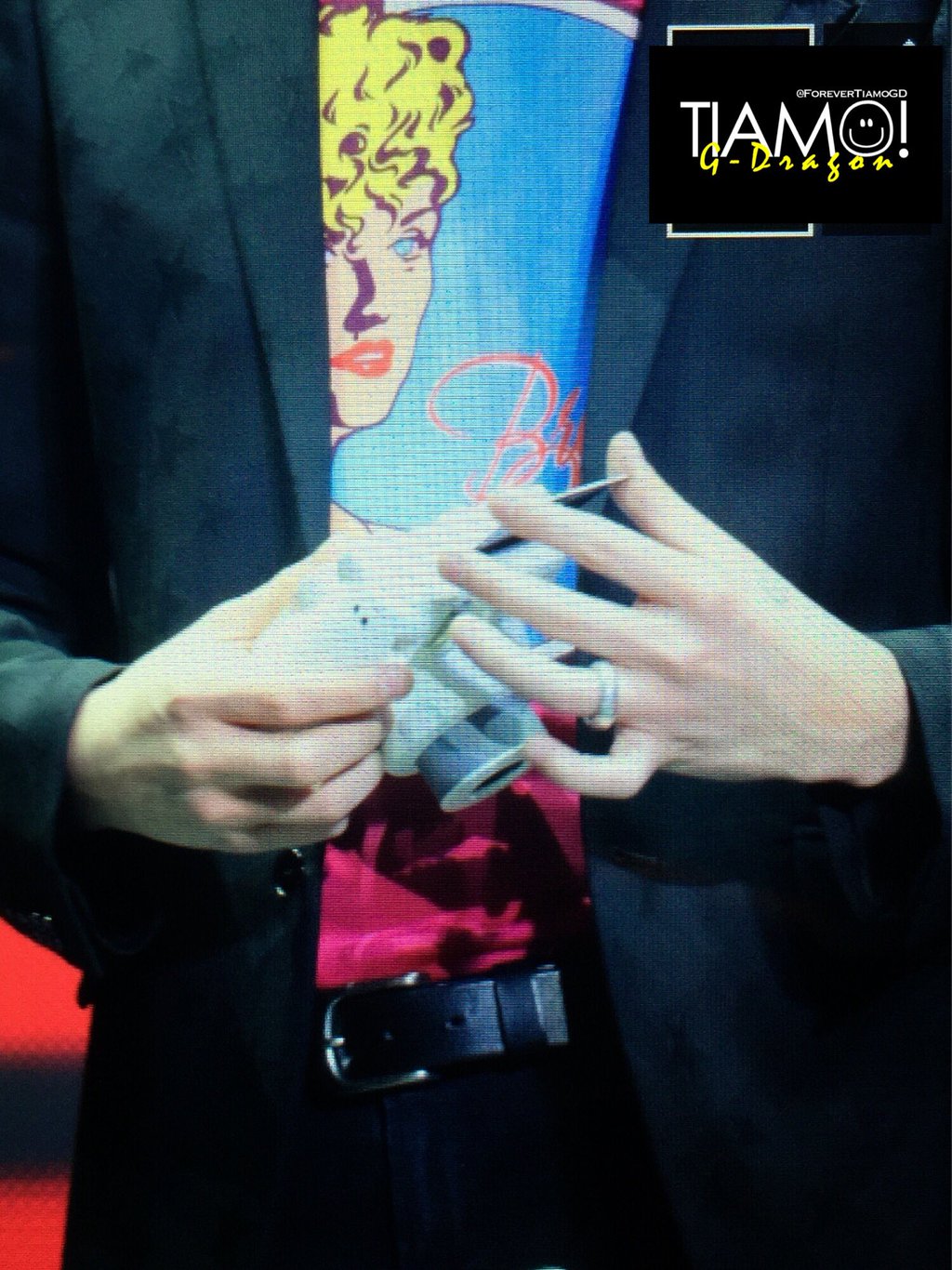 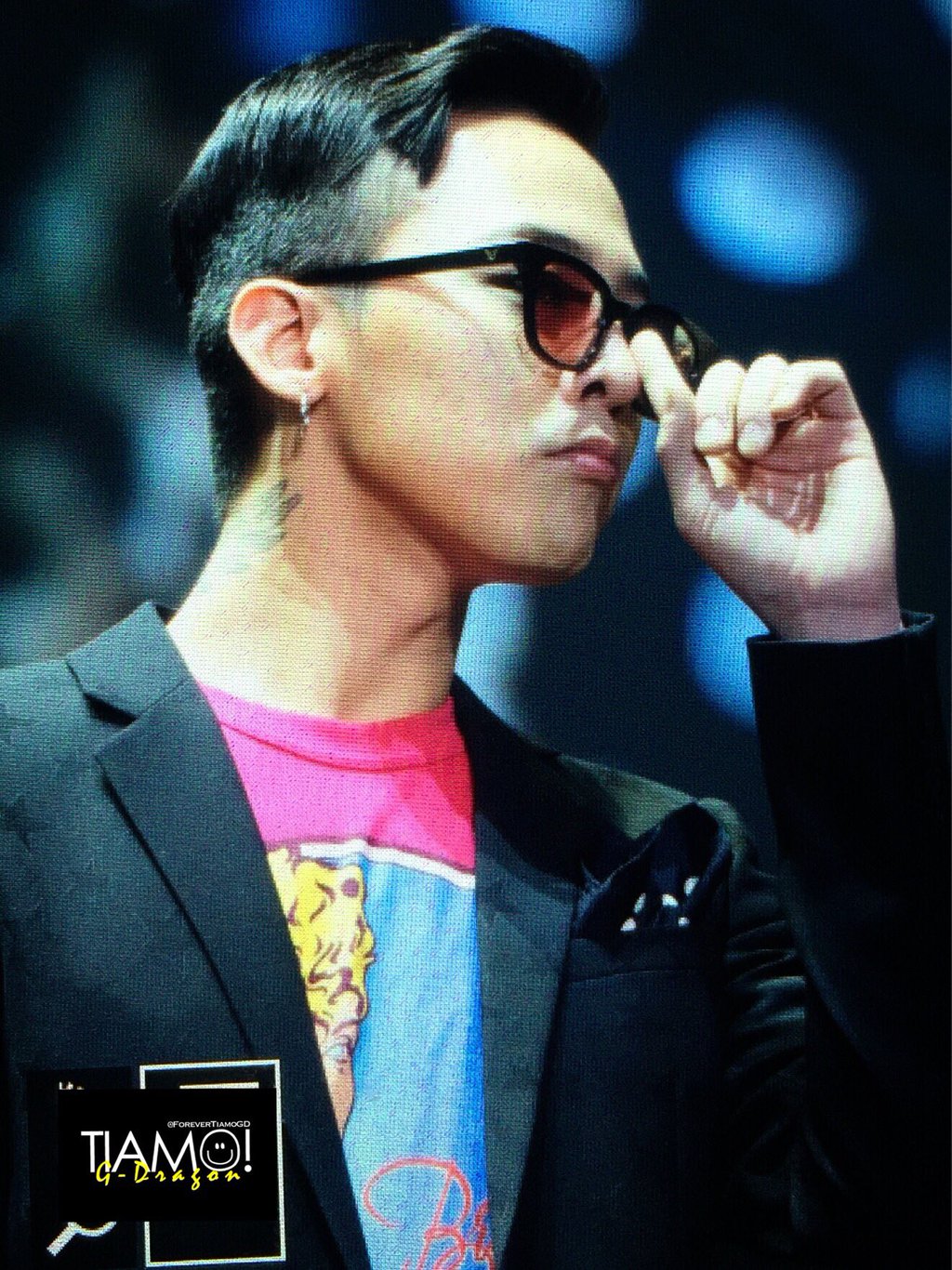 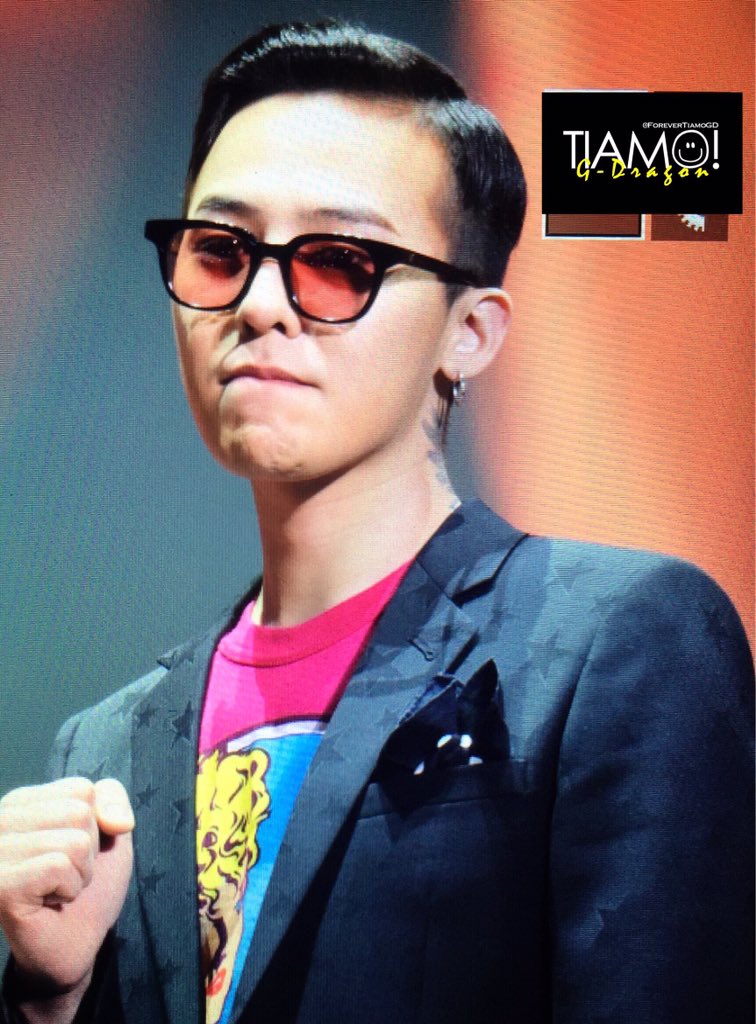 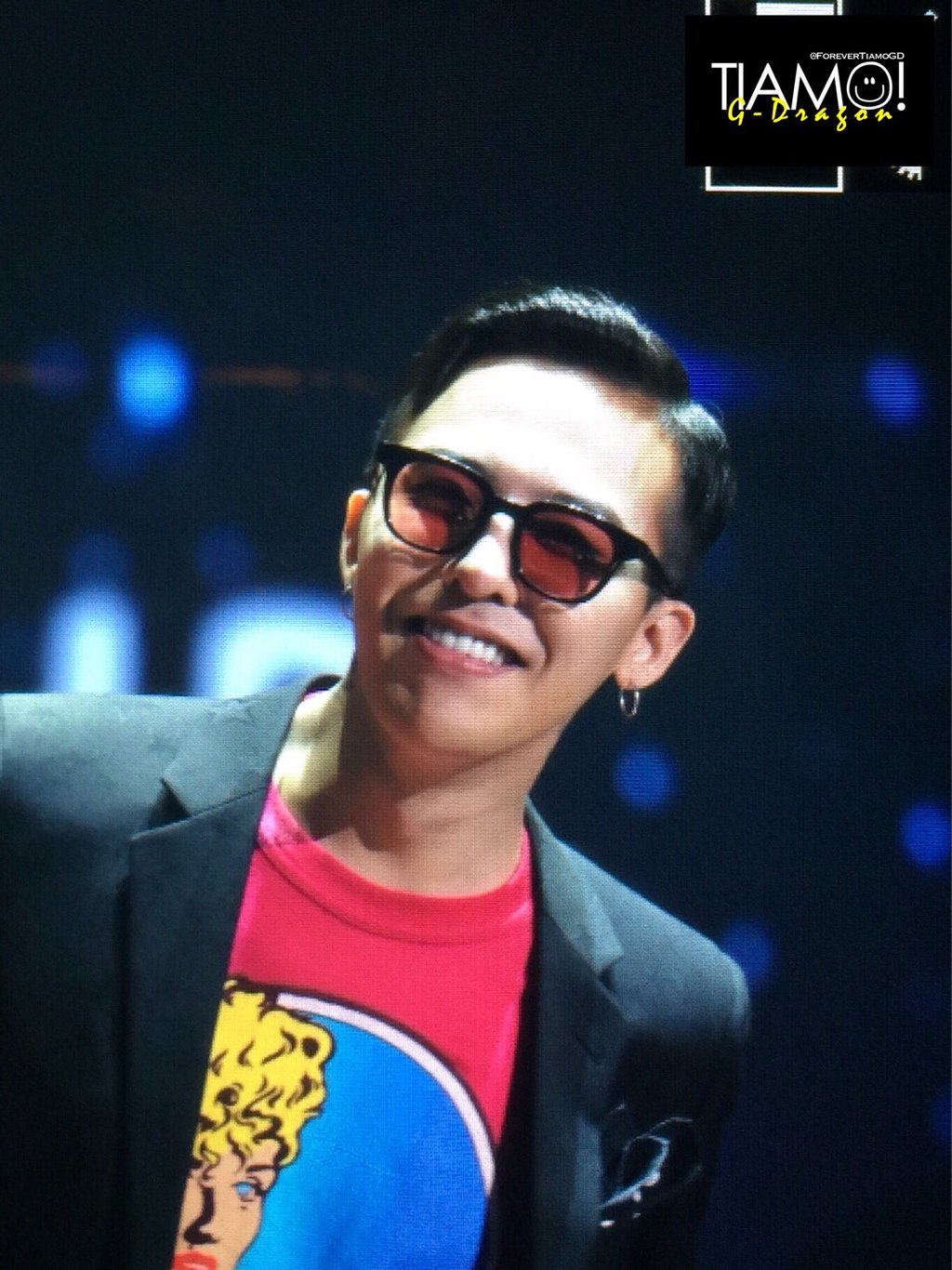 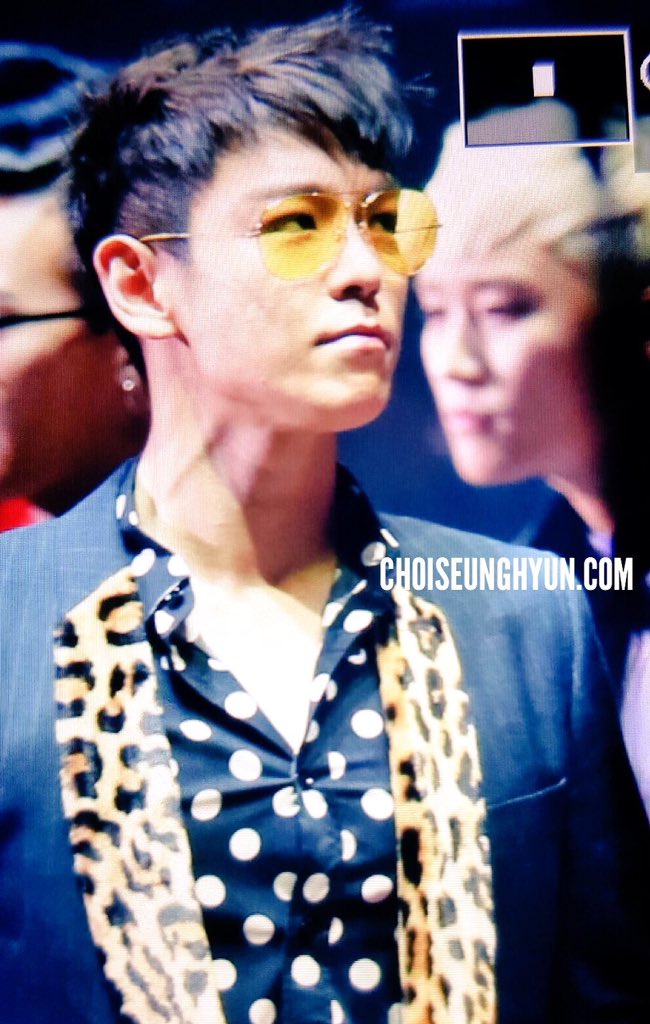 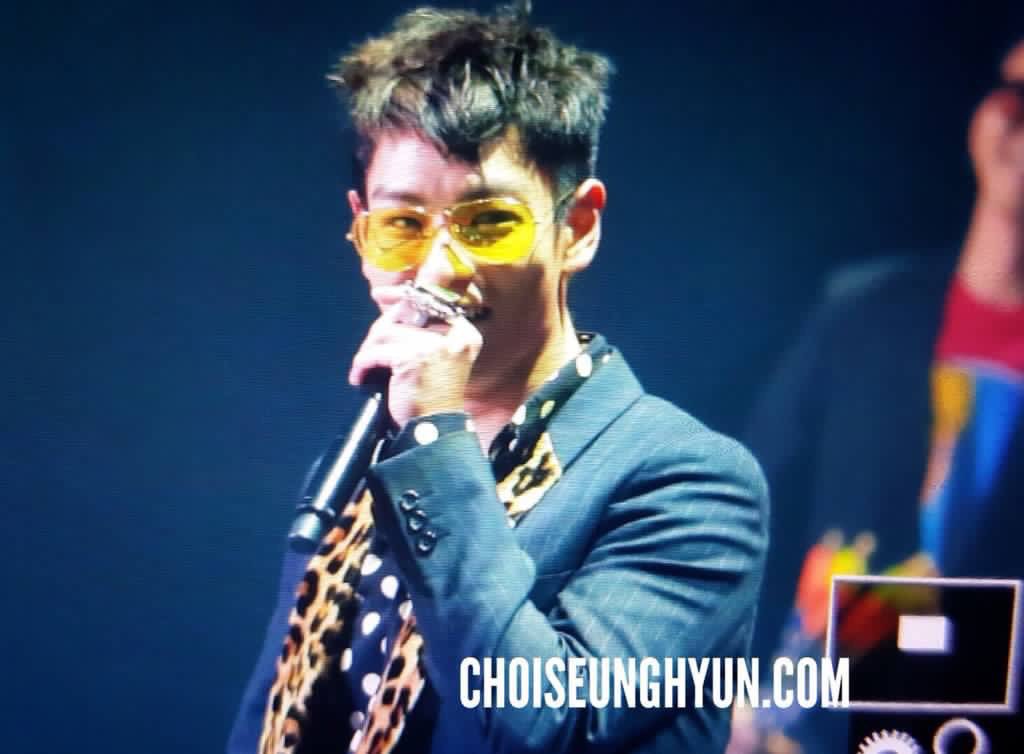 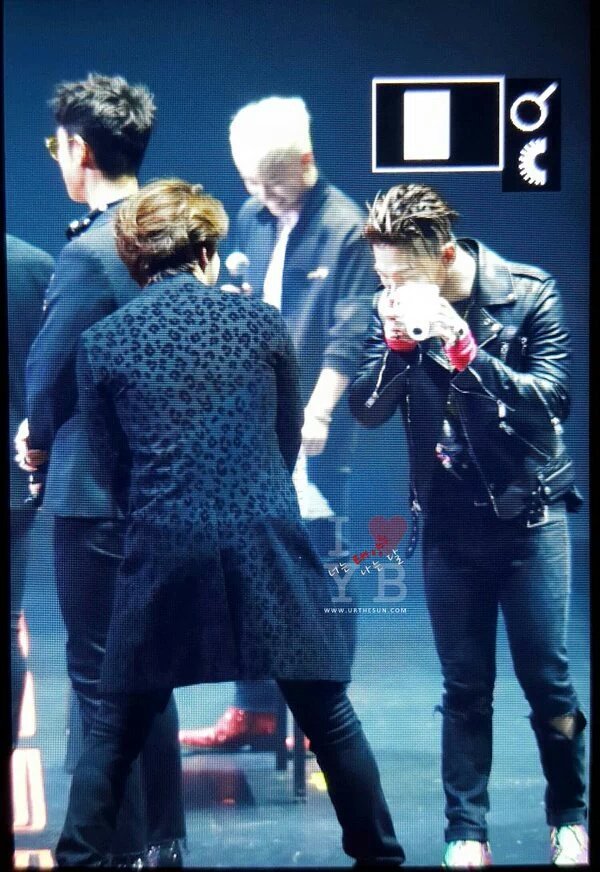 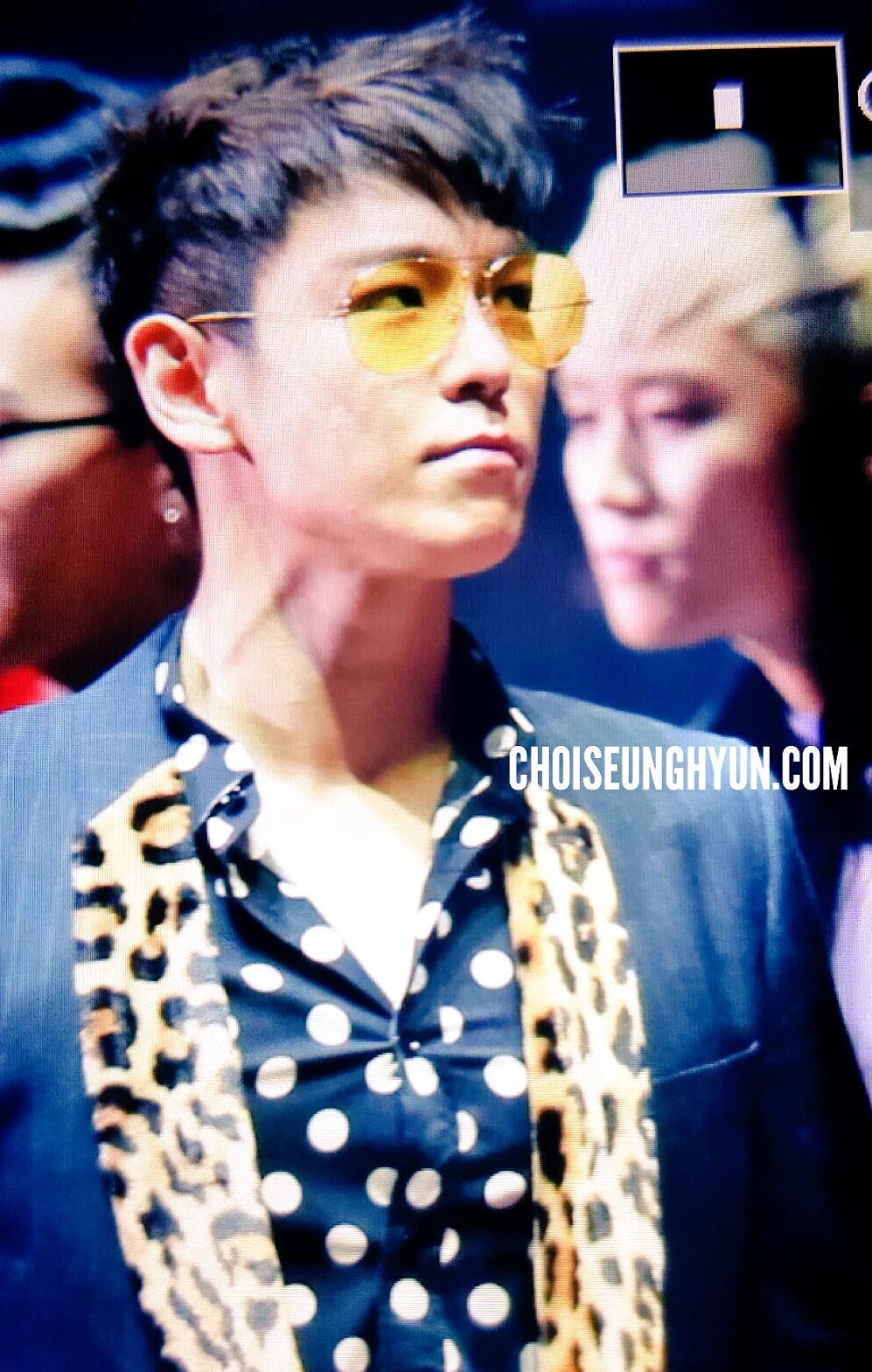 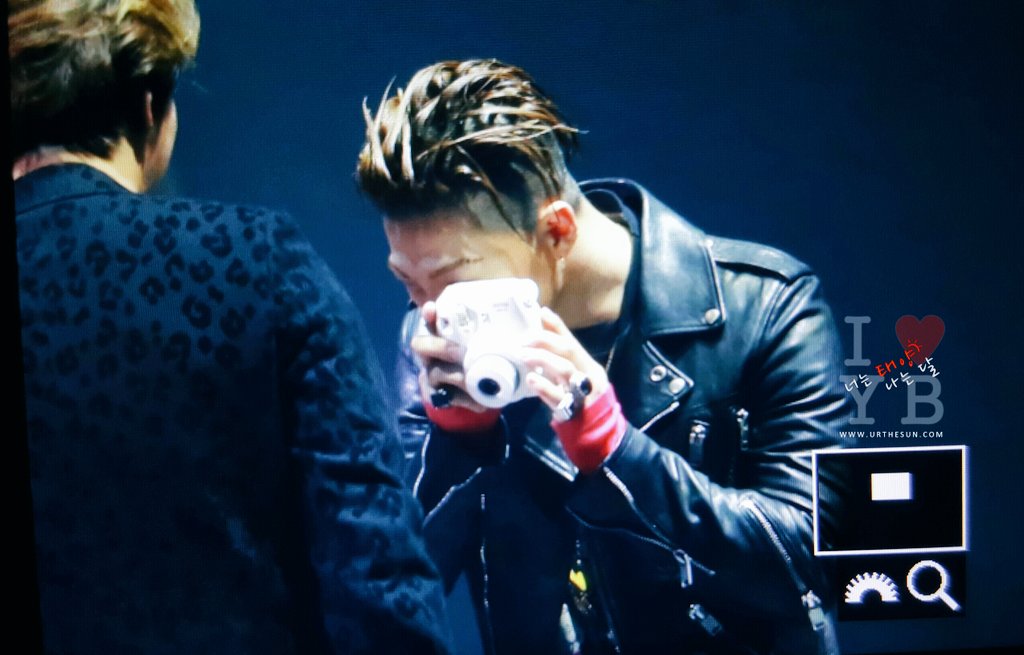 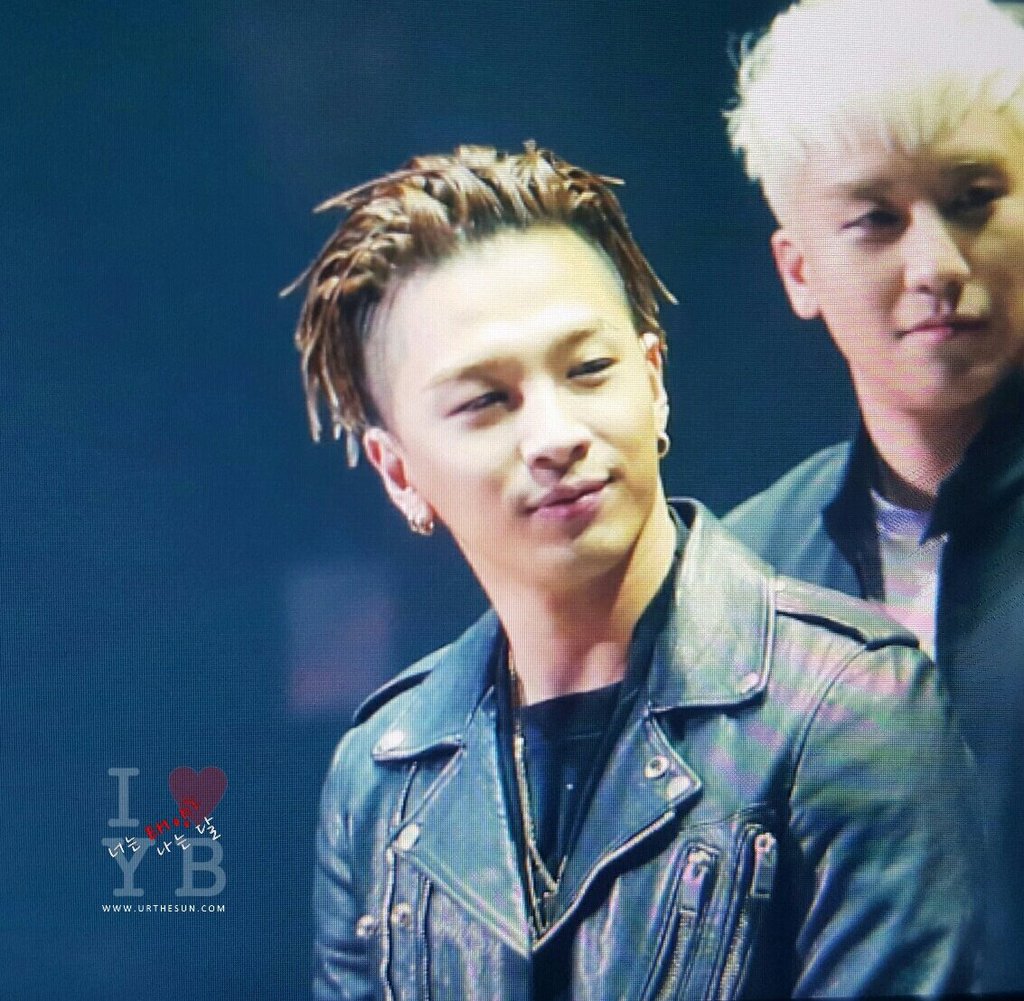