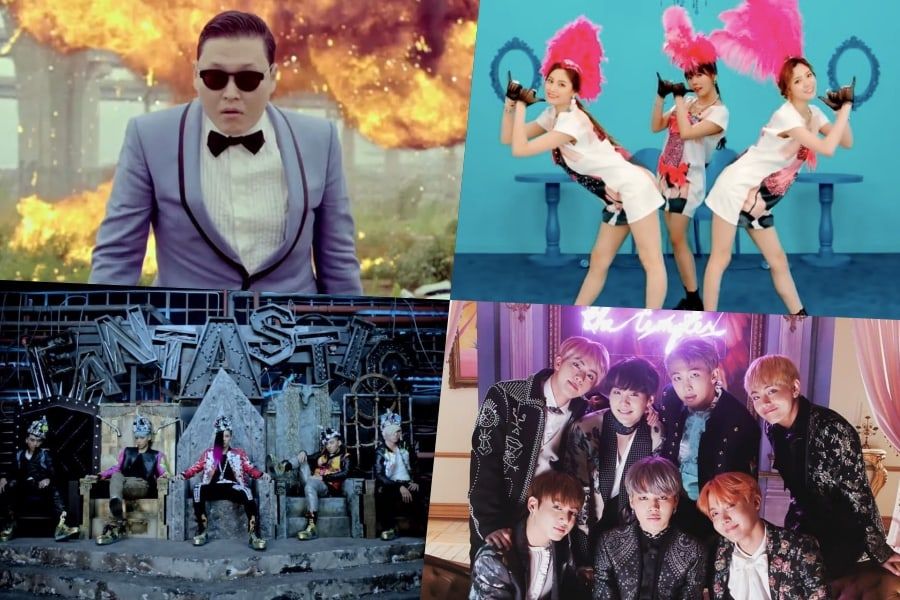 Billboard’s staff have released their picks for the 100 Greatest Music Videos of the 2010s, with some popular K-pop MVs making the list!

PSY’s 2012 “Gangnam Style” MV grabs No. 7 on the list, with Billboard writing, “PSY’s video became a surprise global sensation that turned all eyes to South Korea’s music industry. Though it’s no longer the world’s most-viewed music video, the legacy of ‘Gangnam Style’ remains.”

Orange Caramel’s 2014 “My Copycat” MV takes No. 30, and Billboard writes, “Orange Caramel have never been bound by K-pop conventions, and ‘My Copycat’ represents the pinnacle of the trio’s out-of-the-box thinking with its interactive game.”

BIGBANG’s 2012 “Fantastic Baby” MV comes in the No. 46 spot. Billboard comments, “BIGBANG’s 2012 hit upped the ante for what it meant to be a K-pop music video in the 2010s: a bit over the top in its fashion choices, a bit of a criticism of society, and memorable with each and very shot offering up sensational optics.”

BTS’s 2016 “Blood, Sweat & Tears” MV takes No. 69, and Billboard writes, “Amid this lavish portrait of BTS at the height of their game, one thing is clear: the septet makes K-pop for the thinking fan.”

What are your favorite music videos of the decade?