[마이데일리=최지예 기자] Along with group BIGBANG’s finale, special performances of famous producers shined on the stage of this year’s SBS “GAYO-DAEJEON”.

In the festival, BIGBANG gave the finale performance, boasting their unrivalled charisma by singing “LAST DANCE” and “FXXK IT”, the double title tracks of their third full album, as well as “BANG BANG BANG” that recorded a great hit last year. BIGBANG fascinated all the audience of the festival, living up to their name as the top idol boy group in Korea. 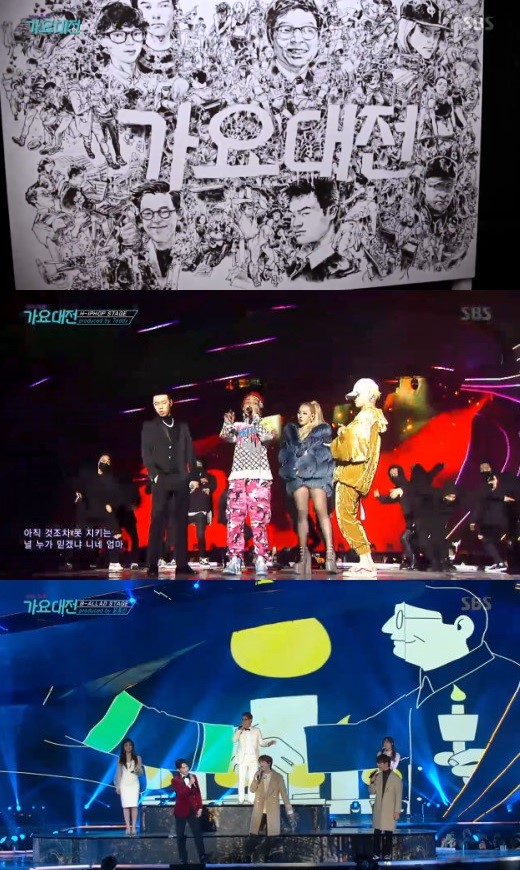 Uhm Jung-hwa came back as a singer after eight years of absence from the music scene, by presenting performances in this year’s “GAYO-DAEJEON”. She came upon the stage with her new song “Watch Me Move”. Uhm Jung-hwa in a silver suit gave a sexy performance, boasting her sensuous figure. She changed into a black outfit for the performance of “Dreamer”, overwhelming the audience with her red lips and enchanting eyes. Then, she gave the performance of her legendary hit song “Rose of Betrayal”. After that, T.O.P appeared on the stage to perform “D.I.S.C.O” with Uhm Jung-hwa. The intense chemistry between the two caught the eyes of everyone. 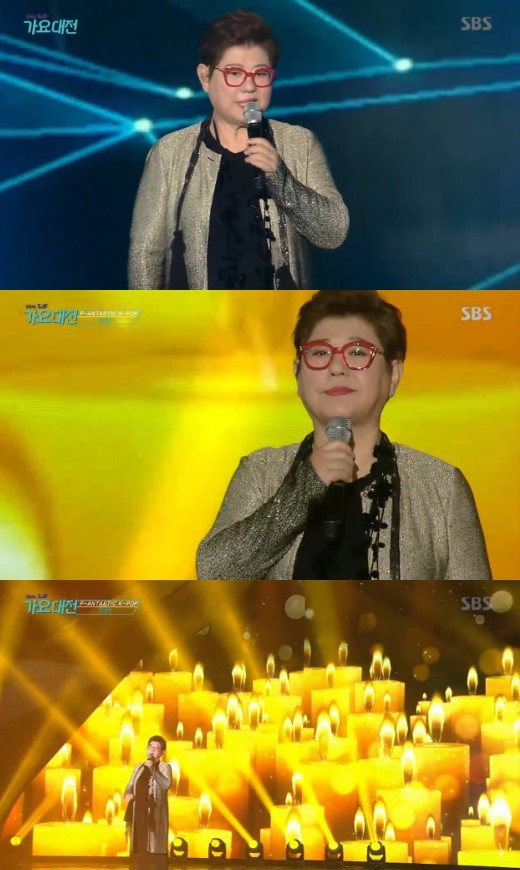 Notably, Yang Hee-eun gave a healing performance. She sang “Evergreen Tree” after saying, “We’re having a very hard time in this year of 2016. I hope we don’t lose our hope and stand up again”. Yang’s voice resonated with candle light display, to heal the hearts of the audience.

Special performances of top producers raised the quality of the festival and diverse concepts gave a greater entertainment, but there were some room for improvement for “GAYO-DAEJEON” as well. Before the performance of girl group TWICE, GFRIEND’s AR was played for about five seconds. However, TWICE was not surprised and finished their performance well.