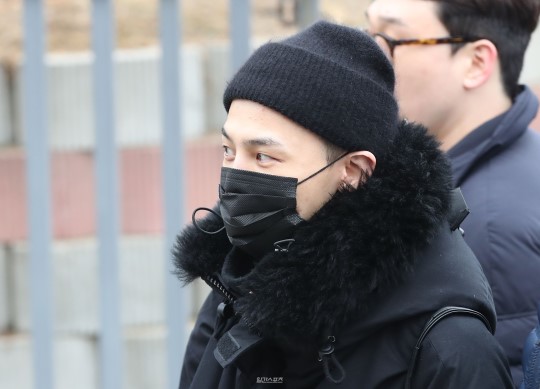 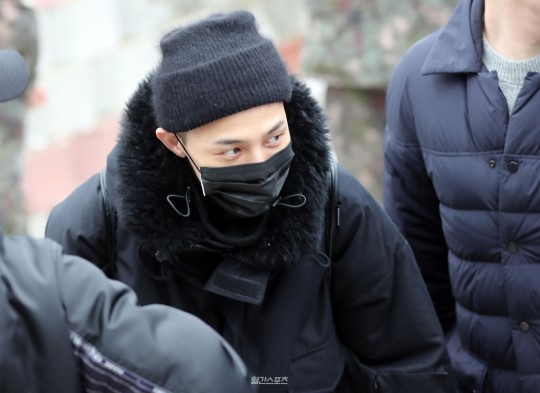 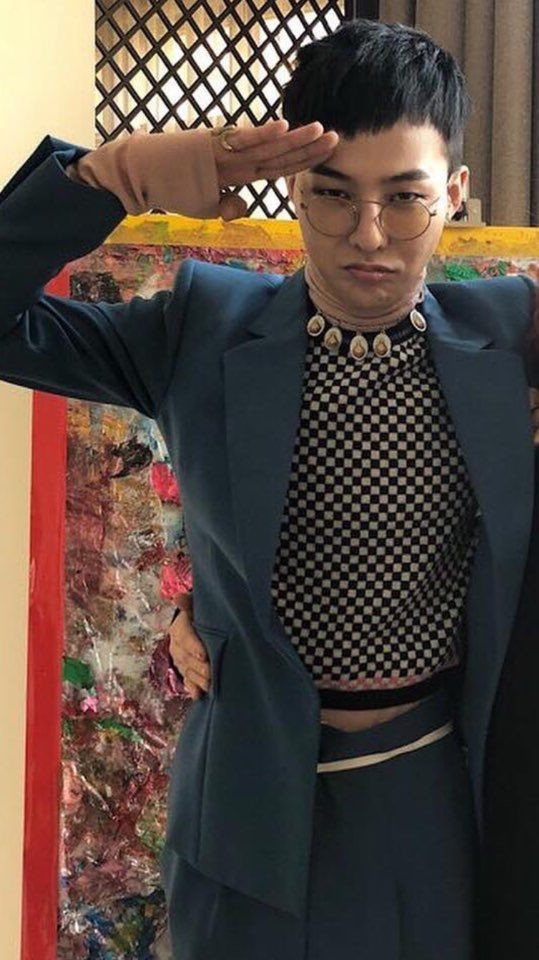 On February 27, 1:50 PM, G-DRAGON enlisted in the 3rd Infantry White Skull Division Recruit Training Center of the ROK army located in Cheorwon, Gangwon-do. He will receive basic military training for a certain period, and will be assigned to a specific base. Actor Joo Won who enlisted through the according training center is currently serving active duty as an army instructor, while actor Ji Changwook is also diligently fulfilling his military duty. G-DRAGON will follow and continue his duties as a ‘White Skull Warrior’.

As YG Entertainment has previously noticed, G-DRAGON headed to the center without any special events. The fans cheered when G-DRAGON arrived at the location with his super-car. The other new recruits and their families also paid attention.

Since his debut as a member of BIGBANG back in 2006, G-DRAGON has been walking the path of a top-star while working on group, unit, and solo activities. He proved his influence through hits including ‘CRAYON’, ‘CROOKED’, ‘Who You?’, and ‘Untitled’ and also by holding a world tour. He even wrote hits for other members of BIGBANG, including SEUNGRI’s ‘STRONG BABY’ and DAESUNG’s teuroteu song, ‘Look at Me, Gwisoon’. He also built his own brand with his unique identity as artist G-DRAGON, becoming prominent in the fashion industry. He acted as a muse for Chanel, being invited by numerous events by Chanel’s art director, Karl Lagerfeld. After astonishing the world with his talents, G-DRAGON will depart with his fans for a while to fulfill his active military duty. 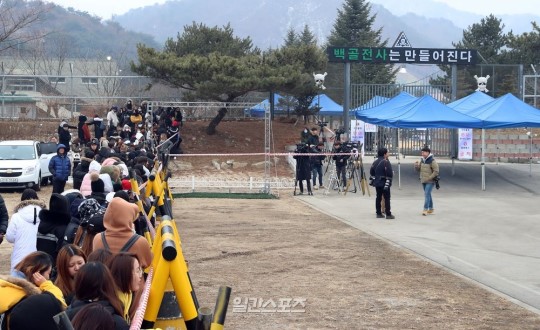 G-DRAGON who enlisted today will be discharged on November 26, 2019. To send off G-DRAGON before his 2-year vacancy, fans from all over the world came to say their goodbyes. Approximately 150 global fans lined up in the morning despite the cold Gangwon province weather, hoping for G-DRAGON’s discharge in good health. There were Japanese teenage fans to Chinese middle-aged fans in their 40s, displaying G-DRAGON’s large fanbase regardless of age and nationality. The fans online also saw him off with his past photos and quotes, while promising to wait for him.

Not even members of YG Family couldn’t avoid their sense of frustration. Related personnel of YG Entertainment also came to see off G-DRAGON. Representative YANG HYUN SUK posted multiple photos of G-DRAGON on his Instagram with the caption, “…”. BIGBANG’s SEUNGRI posted a photo of G-DRAGON performing a salute on his social media with the caption, “Come back in good health, brother”. While G-DRAGON was smiling, TAEYANG, SEUNGRI, and YANG HYUN SUK were also spotted in the photo.

On BIGBANG’s 10-Year Anniversary Press Conference held on August 2016, G-DRAGON stated, “I should go when my country calls me. Our next step will be after we complete our military duties. We would be older, and we might have different thoughts. However, I am confident that we will always be BIGBANG. Although it may take some time after we get discharged, we will be back in front of the public when we have our confidence back, and when we are certain. I always want to stay with the members”, showing affection towards BIGBANG. In the BIGBANG concert held at the end of last year at Gocheok Sky Dome, he stated, “We just need to work hard doing our own things. We will be back new and improved, so please wait for us. This may sound shameless, but I wanted to ask you to keep showing love and support for us”, while saying goodbye to the fans.

G-DRAGON’s last official schedule before his enlistment was the GD Café opening event held on February 25 at Jeju Island. The ‘LAST DANCE’ concert held last year was the last as full BIGBANG, and due to the enlistment of other members coming up, full BIGBANG will be available to fans after the year 2020. Including T.O.P who’s serving as a public service worker and G-DRAGON who enlisted today, TAEYANG is planning to enlist on March 12, while DAESUNG and SEUNGRI are planning to follow, although specific dates are yet to be determined.