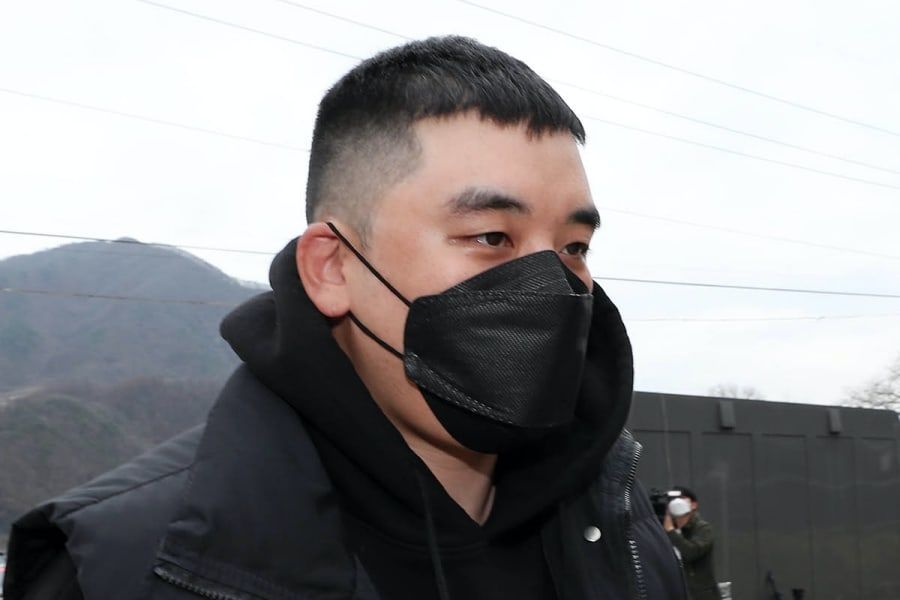 On January 14, it was reported that Seungri and former Yuri Holdings CEO Yoo In Suk have been charged with special violence instigation.

The additional charge was announced during Seungri’s seventh hearing at the Ground Operations Command’s general military court in Yongin that day. According to the military prosecution, while Seungri was drinking with acquaintances at a drinking establishment in Gangnam on December 30, 2015, he got into an argument with a customer who had opened the door to the room he was in. During this, a mutual argument began with another customer. Seungri spoke about this in a group chat which included Yoo In Suk, who is described as then calling over a gang member that he was acquainted with. It’s said that in a back alley of the bar, the gang member threatened the victims by cursing at them and pulling at their arms in order to take their phones.

According to the Korea’s Criminal Code, “special violence” is a crime of violence “committed through the threat of collective force or by carrying a dangerous weapon.”

The military prosecutor stated, “The defendant Lee Seung Hyun [Seungri] conspired with Yoo In Suk and threatened the victims through the show of force.” They added, “Therefore he has been indicted as a joint principal offender of instigation.”

Seungri’s lawyer denied the facts charged and said they will submit a written opinion with details.