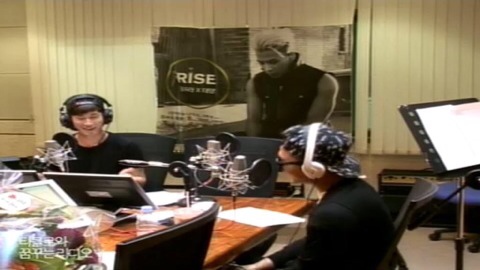 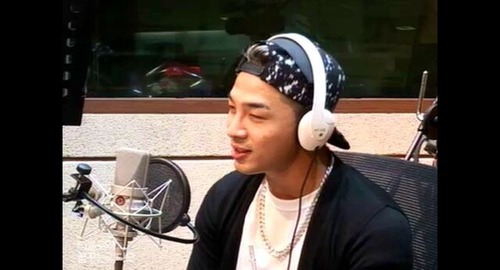 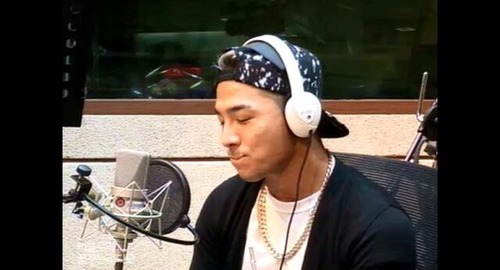 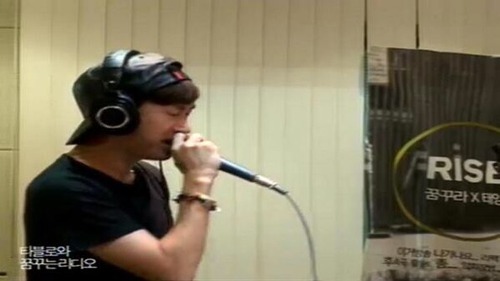 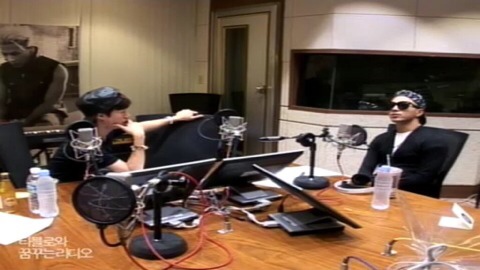 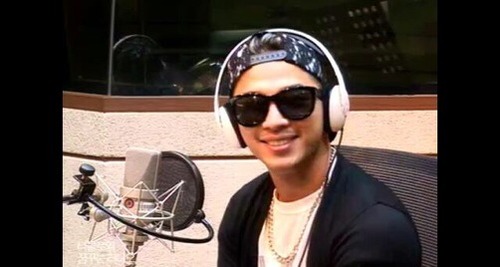 Taeyang: Fans are very curious about my promotions after the rise album. I mentioned about repackage, but I’m not sure how long it’ll take.

Tablo: A song that reminds of us Taeyang.. “Lies”!
Taeyang: This song helped BB to be where we are now.
Tablo: I used to sing this a lot

(Look only at me)
Taeyang: This song was made by Teddy hyung, and I still can’t forget the love I felt when I first heard this song.

YB: Look Only at me was a GD solo song first. It was a bad guy concept so I wasn’t sure I was able to pull it off b/c of my inncoent image.

Tablo: I think this song is one of the greatest songs ever. One of the best out of all the songs I’ve heard in my life. Bigbang’s Bad Boy.

Tablo: When I see you guys sing Bad Boy at concerts, Taeyang is the most excited member!
YB: I think that song just makes me feel excited.

Tablo: YG asked me, Eyes,Nose,Lips is good, right?” so I said yes. He said, “That song makes me excited.” & confessed his love for the song.

Tablo: You saw Haru’s version of Eyes,Nose,Lips, right? You posted it on insta too!
YB: Haru almost knows the whole song now? She’s so cute

Tablo : I think “Eyes Nose Lips” is beyond “A song” to CEO Yang. He said “The song makes me excited”

Tablo : When the news that TaeYang appears here, the radio staffs got crazy ! We will talk about it more ….

Q: If you had to pick one from YG, who would you choose? Teddy or YangHyunSuk?
YB: Wow… this question is so scary…. I’ll just say CEO YG

Tablo : How about taking off clothes here for radio?
TaeYang : yea together?
Tablo : Ah… together no

Tablo: Taeyang was taking his shirt off, so I took my shirt off too and stood next to him. There’s a pic & if it’s spread, my career is over

Q : Which song is better, Tablo’s Eyes Nose Lips cover & the original song?
YB : I think both are good, but like original more

Taeyang: Your lyrics in the cover are so amazing… the best!
Tablo: You don’t have to say those things~ We even saw each other shirtless!

Tablo : This is first time to sing a cover song LIVE. but I will try it
*sings Tablo Eyes Nose Lips cover*

Tablo: (After Eyes,Nose,Lips) I got some lyrics wrong on purpose cause Youtube views are important. People like to watch mistakes. *jokes*

Tablo: We should sing our version of Eyes,Nose,Lips @ YG fam concert!
Taeyang: Yes! We can transition from Tomorrow to Eyes,Nose,Lips~

Pick one: Fashionista GD vs Musician GD
Taeyang: I think I like musician GD better!

Taeyang: I like the married Tablo better because of Haru~
Tablo: Of course~

CEO YG VS Musician YG that dances
Taeyang: Hmmm… I would pick CEO YG.. since he really helps me a lot.

(Haru came to visit Taeyang during break)
Taeyang: Haru is so pretty. She just keeps getting prettier! Thank you for coming, Haru~!

Tablo: You know Haru's your fan, right?
Taeyang: When she was little~ haha I thought she switched to GD.
Tablo: She loves your songs now!

Taeyang: I feel like I should make good songs just for Haru. It makes me so happy just to see her sing along to my songs.

Tablo: I wrote the lyrics to Love you to death, and the female part (CL's part) was written by my wife, Kang Hye Jung.
Taeyang: Ah~ I heard!

Tablo: You were a trainee since you were 13? So practically, you've been a singer for 14 years! Wow, you're my sunbae (senior)!

YB: I decided to become a singer at an early age. My dad was my superhero & seeing him suffer really shocked me. I thought I should help him

Tablo: Contrary to the fancy celebrity life that we see, Taeyang and Jiyong work so hard at the studio everyday. I learn so much from them.

Taeyang: I think I work hard because of Michael Jackson, actually. I really like him and get inspired by him.

Fan : Oppa what are you writing? TaeYang : I just doodled haha

Tablo: I'm looking forward to Taeyang in his 30s. I can't wait to diff styles of music he'll do. Just don't do heavy metal *jokes*

Taeyang: The moment I always remember in my head is when we received the EMA awards. It still feels so unreal to me and I'm so grateful.

Taeyang: Seungri is so good at imitating CEO YG. I keep getting surprised when Seungri imitates him cause I think it's actually CEO YG. lol

Q : Who do you think at 1AM? TaeYang : No one for 1AM.. I should sleep early for music shows now

Tablo: I sometimes want to become Bigbang's manager. You guys go to so many places and I'm jealous. I need an excuse to join you guys~

Tablo : Who is the guy that you like?
Fan : A senior..
Tablo : It's not TaeYang surprisingly..

Tablo: Tell ur crush that u're someone who talked to Bigbang's Taeyang!!
Fan: I like Taeyang more than him~
Tablo: I knew this would happen

Q: Any plans of acting again? Taeyang: I used to act when I was little. I still remember I hated watching myself act cuz it was so awkward.

TaeYang : I'm on the step for thinking of solo concert's concept. I'm not saying it right now. Just come and see

TaeYang : There are more than 10 unreleased tracks. Some songs were planned for title songs

Taeyang: There are about 10 unreleased tracks of mine. Tablo: I wrote the lyrics to a lot of those so I thought CEO YG didn't like my lyrics

Q: Which is your favorite? Your Eyes,Nose or Lips?
Taeyang: I think I like my lips. My lips are kind of thick. Plus, I sing with them.

Also check out the videos from the interview and the song performances:
[Video] Taeyang and Tablo with Taeyang performing Eyes, Nose, Lips on Tablo's Dream Radio