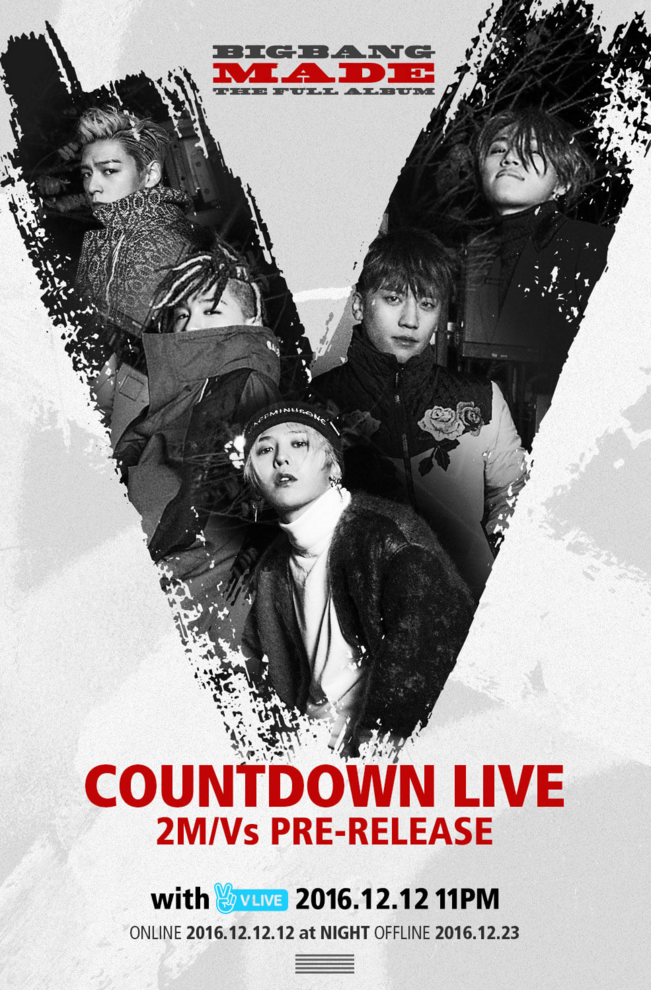 BIGBANG has released a new teaser poster for their upcoming album “MADE,” showing the information for their V LIVE countdown. The group will be counting down with fans for the pre-release of their two music videos on December 12 at 11 p.m. KST.

Check out their full tracklist and other teaser images below! 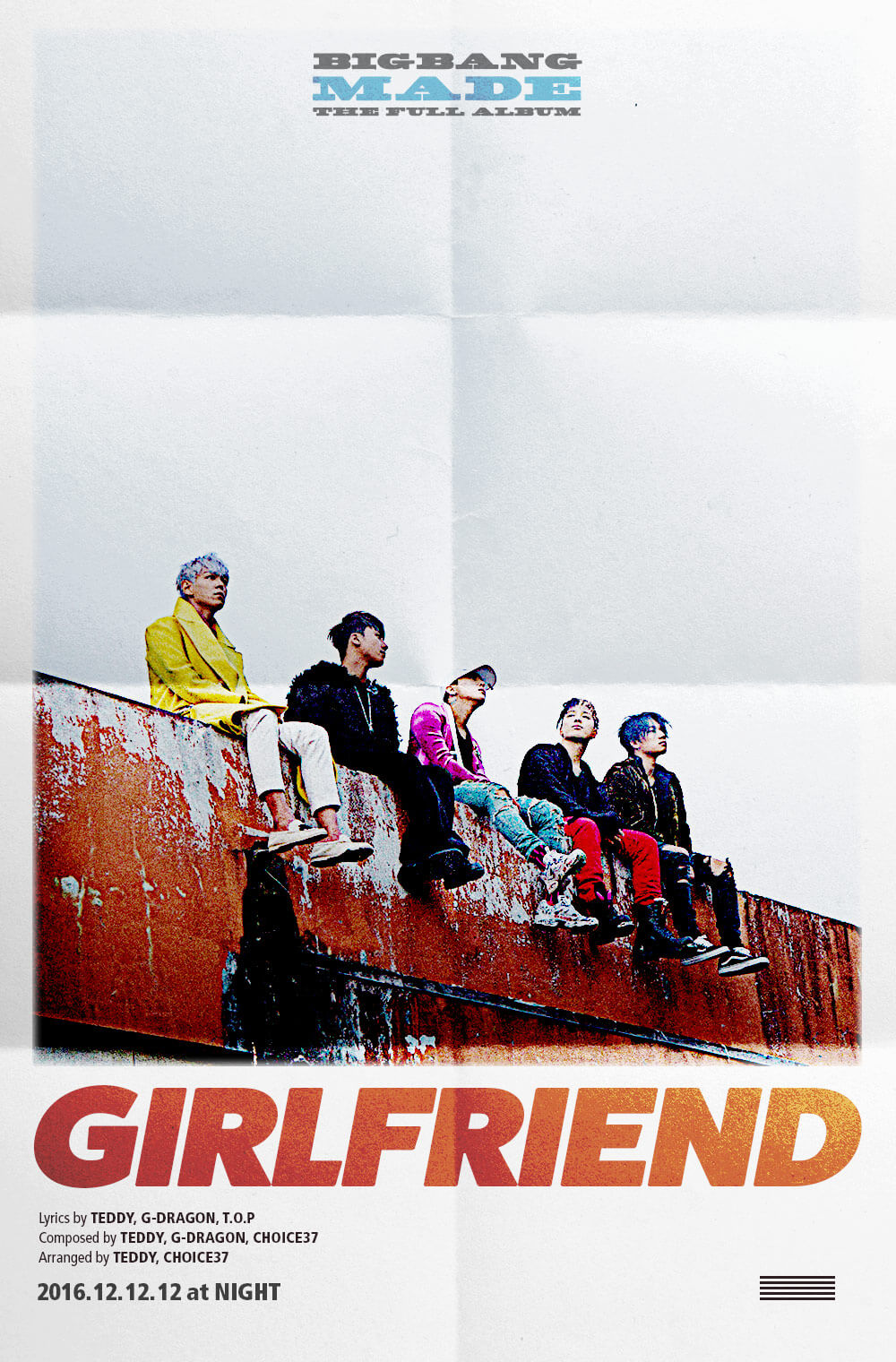 On December 8, BIGBANG released three new teasers for their upcoming album and comeback.

Among the teasers include the tracklist for their “MADE” full album. In addition to their previously revealed tracks “FXXK IT” and “LAST DANCE,” the group will also release a new song titled “GIRLFRIEND.” 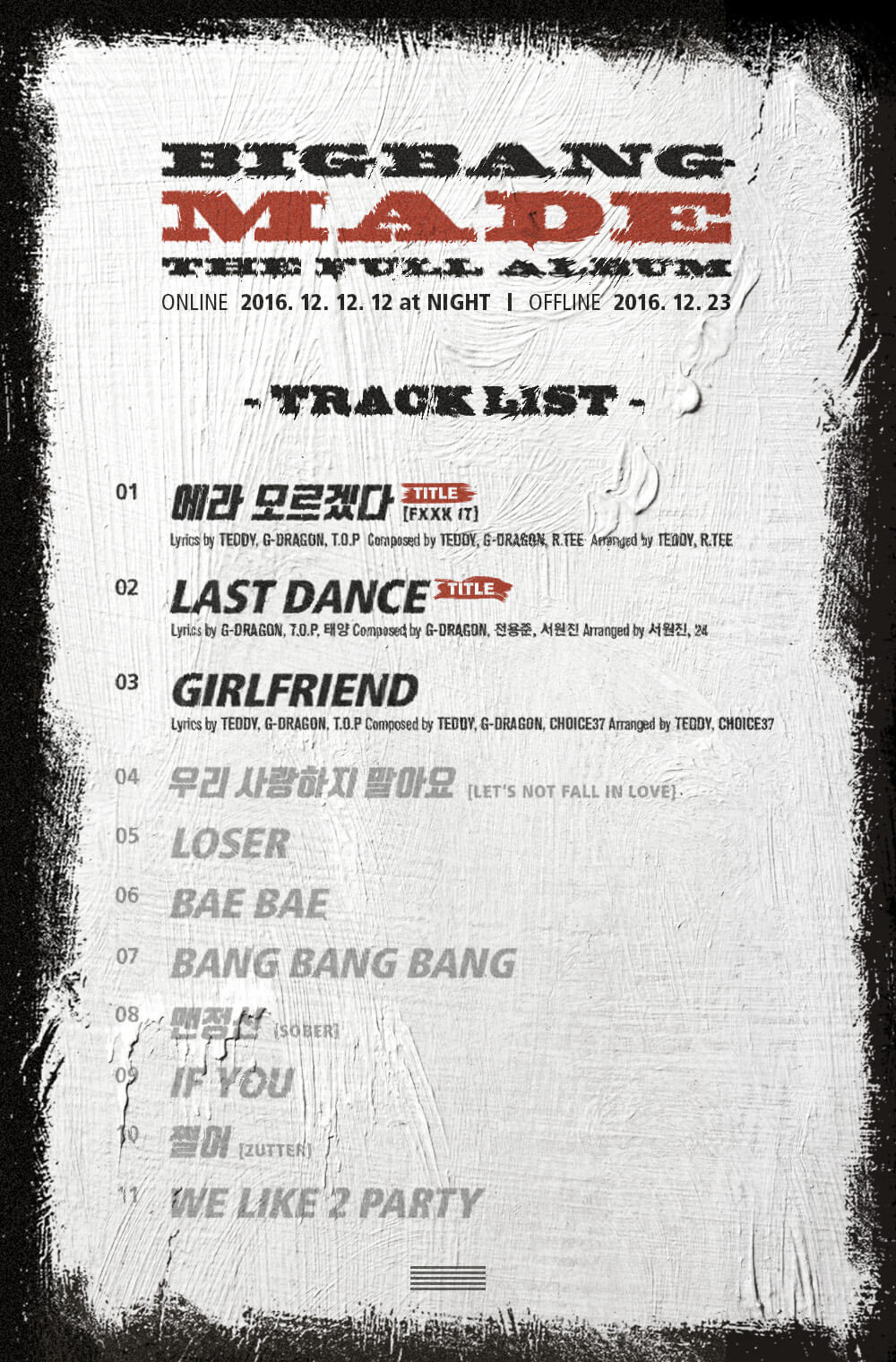 A source from YG said that BIGBANG wants to comfort fans with their new songs as T.O.P’s enlistment day will be coming soon in February.

Also, a D-4 teaser was released featuring a similar yet different visual. 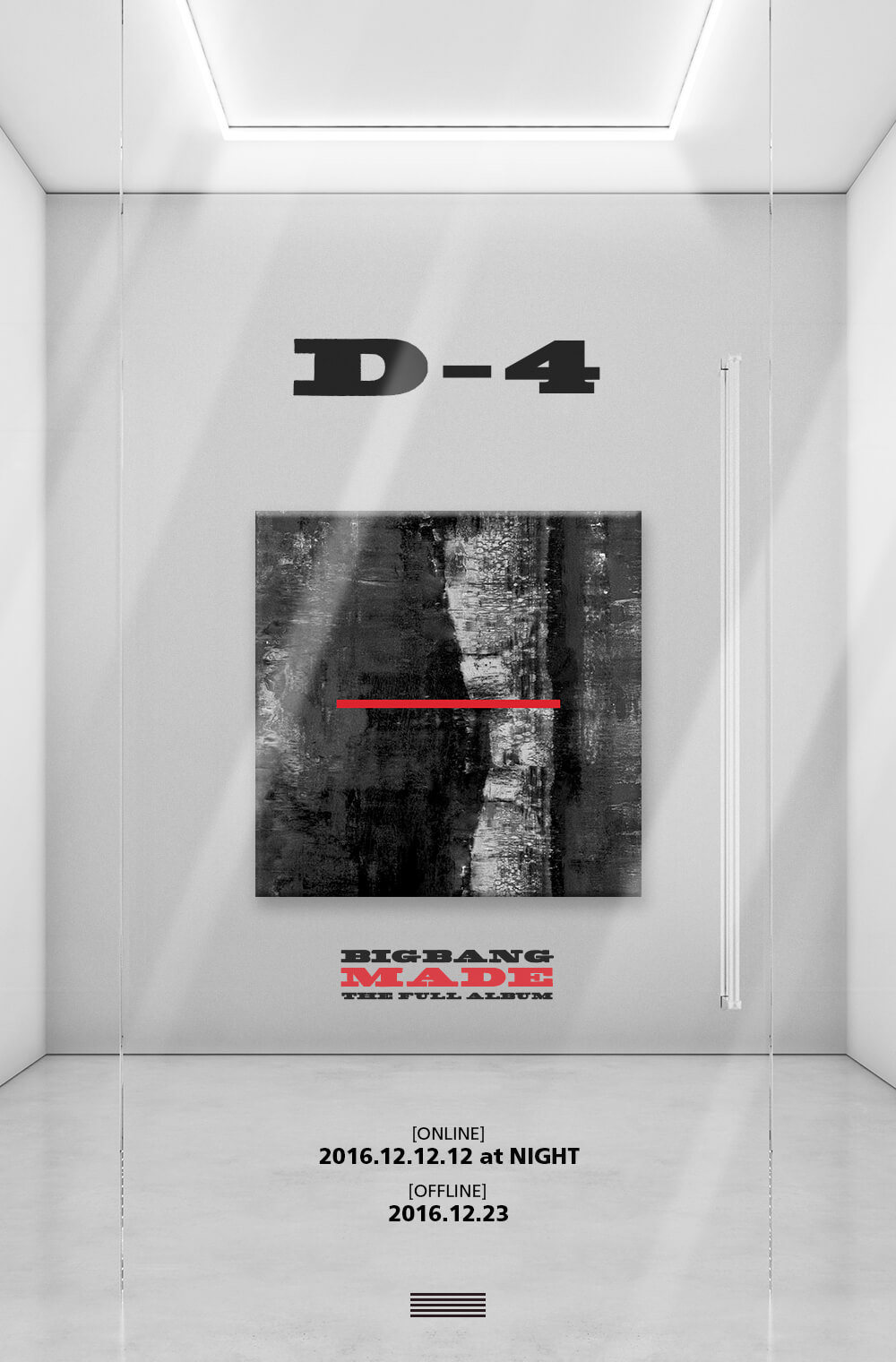 Their album and new tracks will be released on December 12 while it will be available offline on December 23. The source also revealed that BIGBANG will hold a special live broadcast prior to the release to share the special moment with fans.