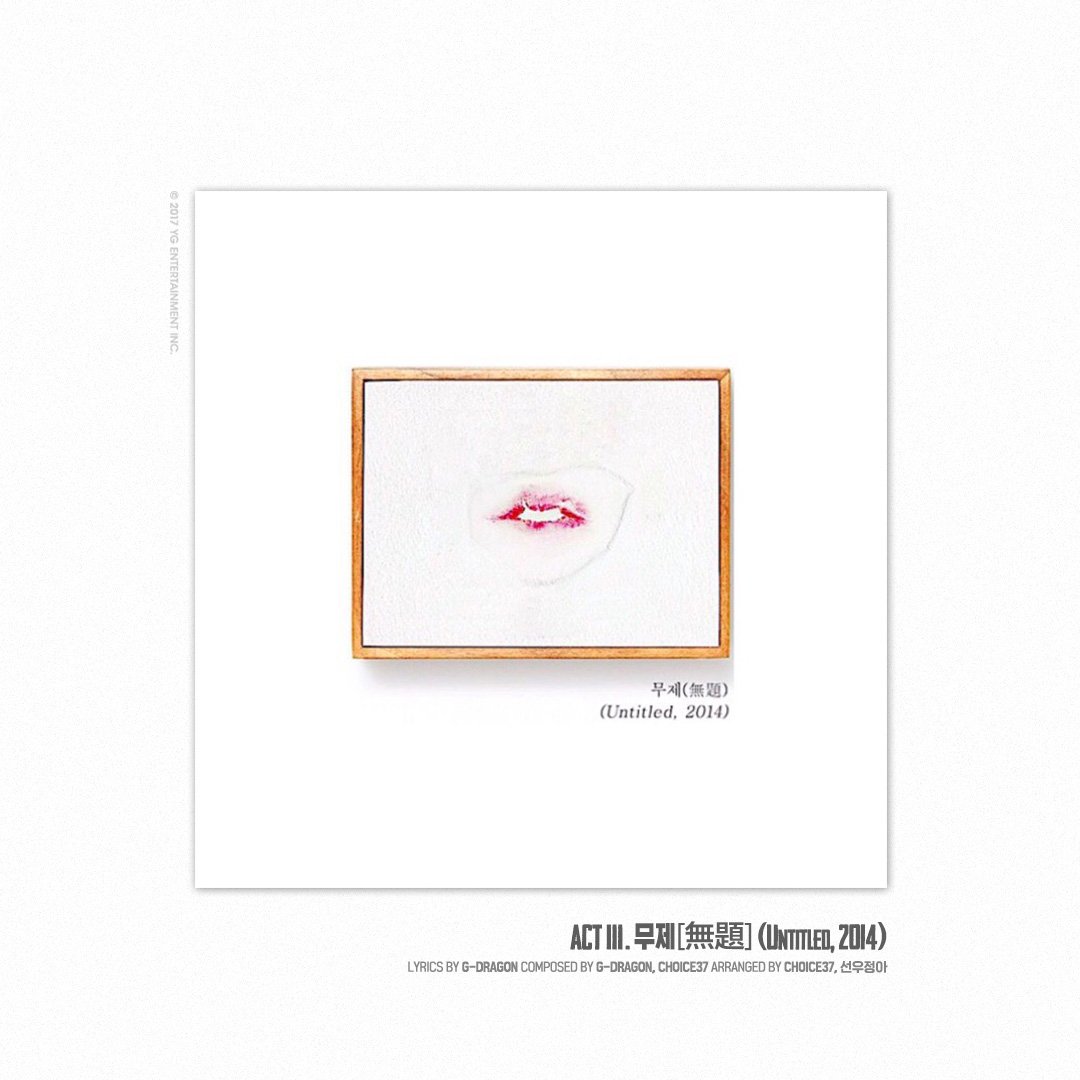 Only a few hours before the release of G-Dragon’s new album “Kwon Ji Yong,” YG has released a track list and a cover for each track.

A total of five songs will be part of the album, including the previously revealed track “BULLSHIT.” The title track “Untitled, 2014” is a slow song in which the singer expresses his longing to see his ex-lover again.

In this album, G-Dragon shows what kind of music he wants to do and tells listeners about himself. G-Dragon was at the head of every process involved in creating the album – from planning to designing – making the album title “Kwon Ji Yong” (G-Dragon’s given name) all the more fitting. 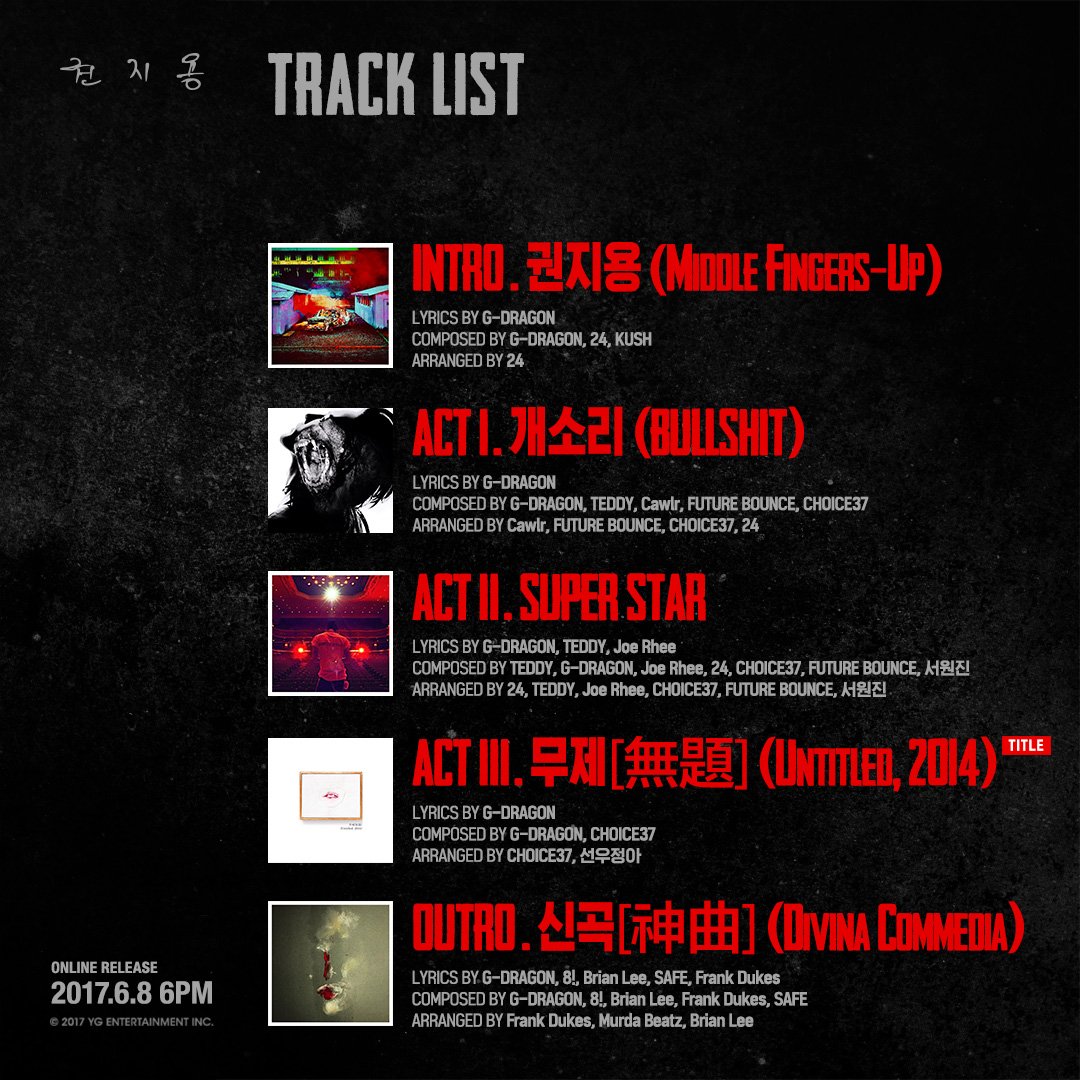 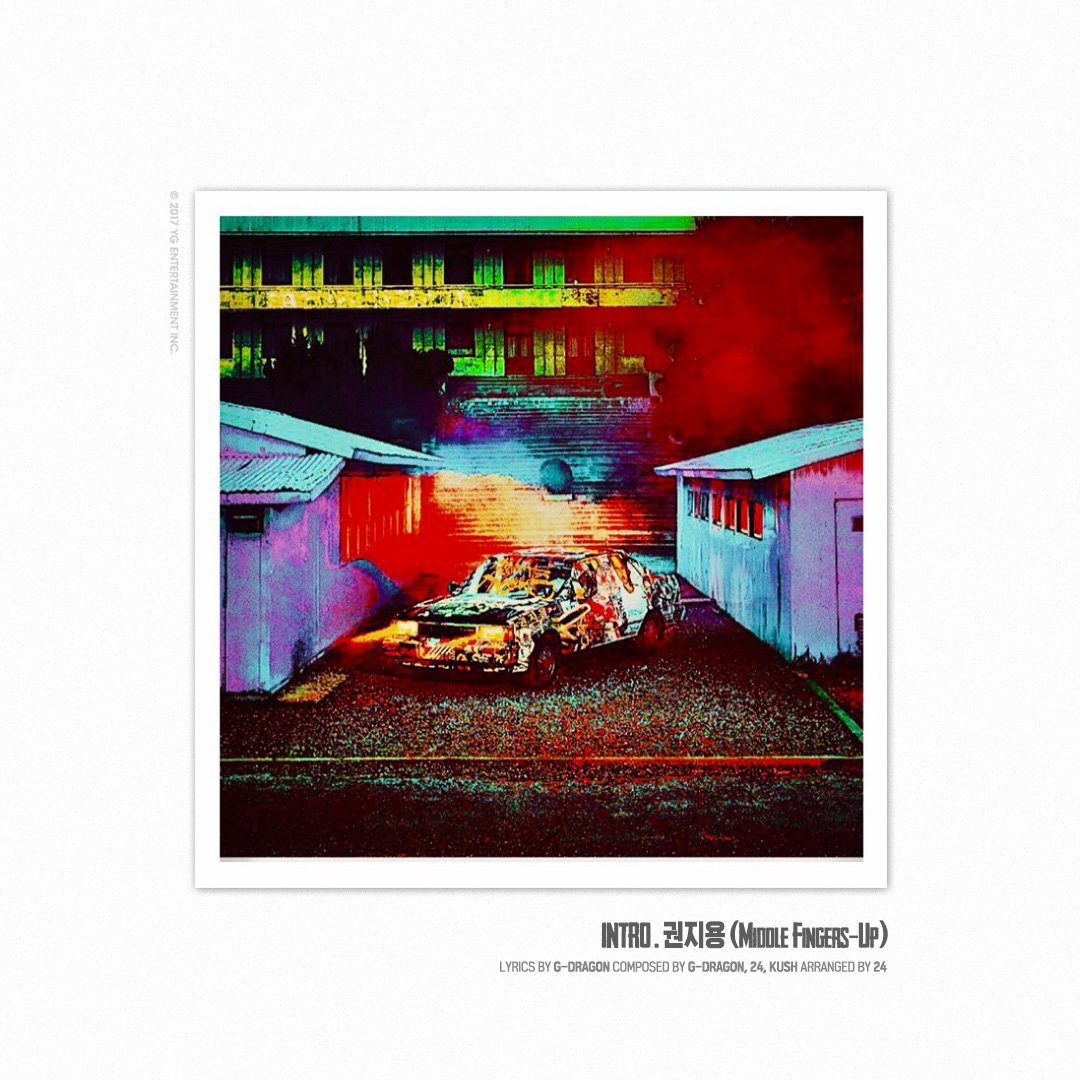 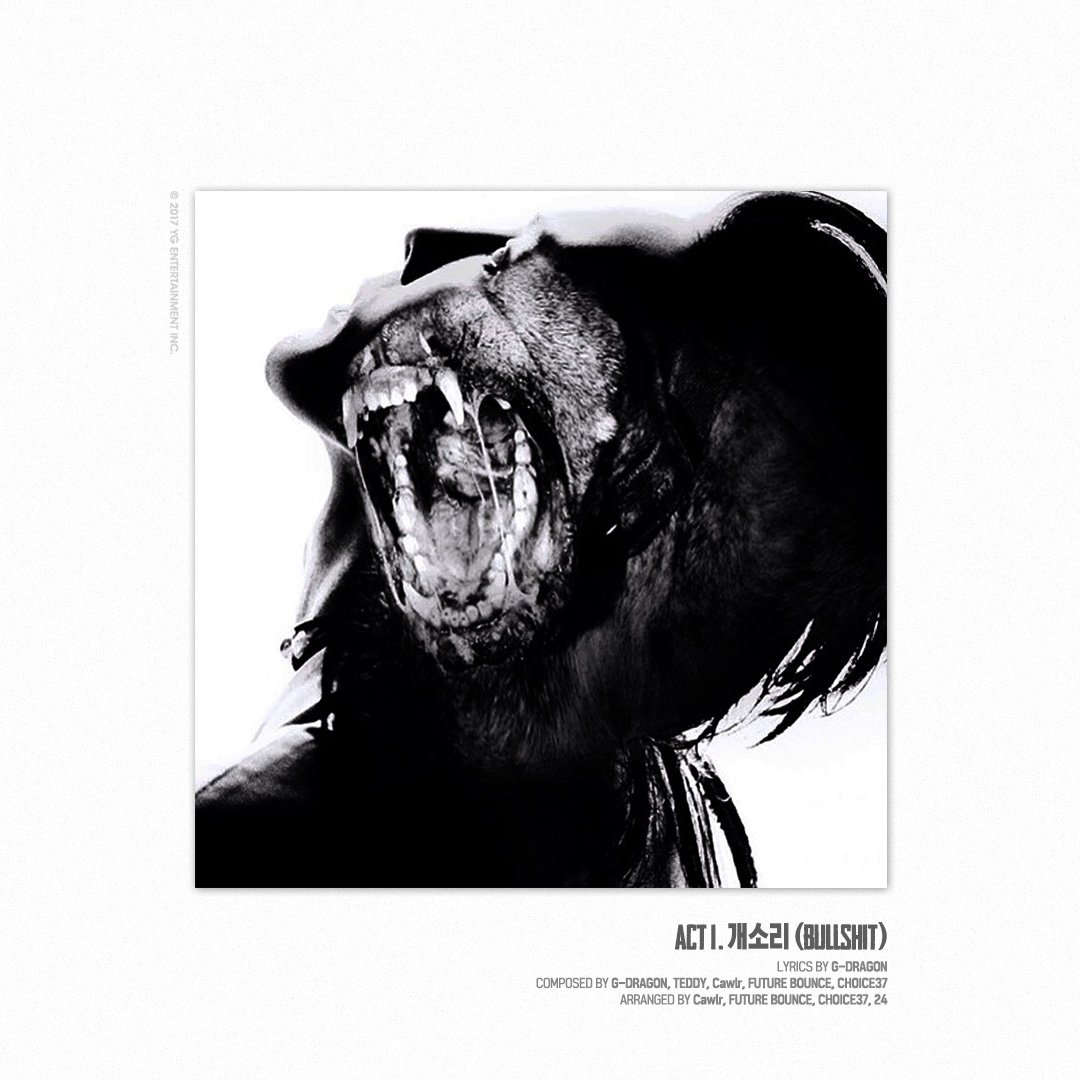 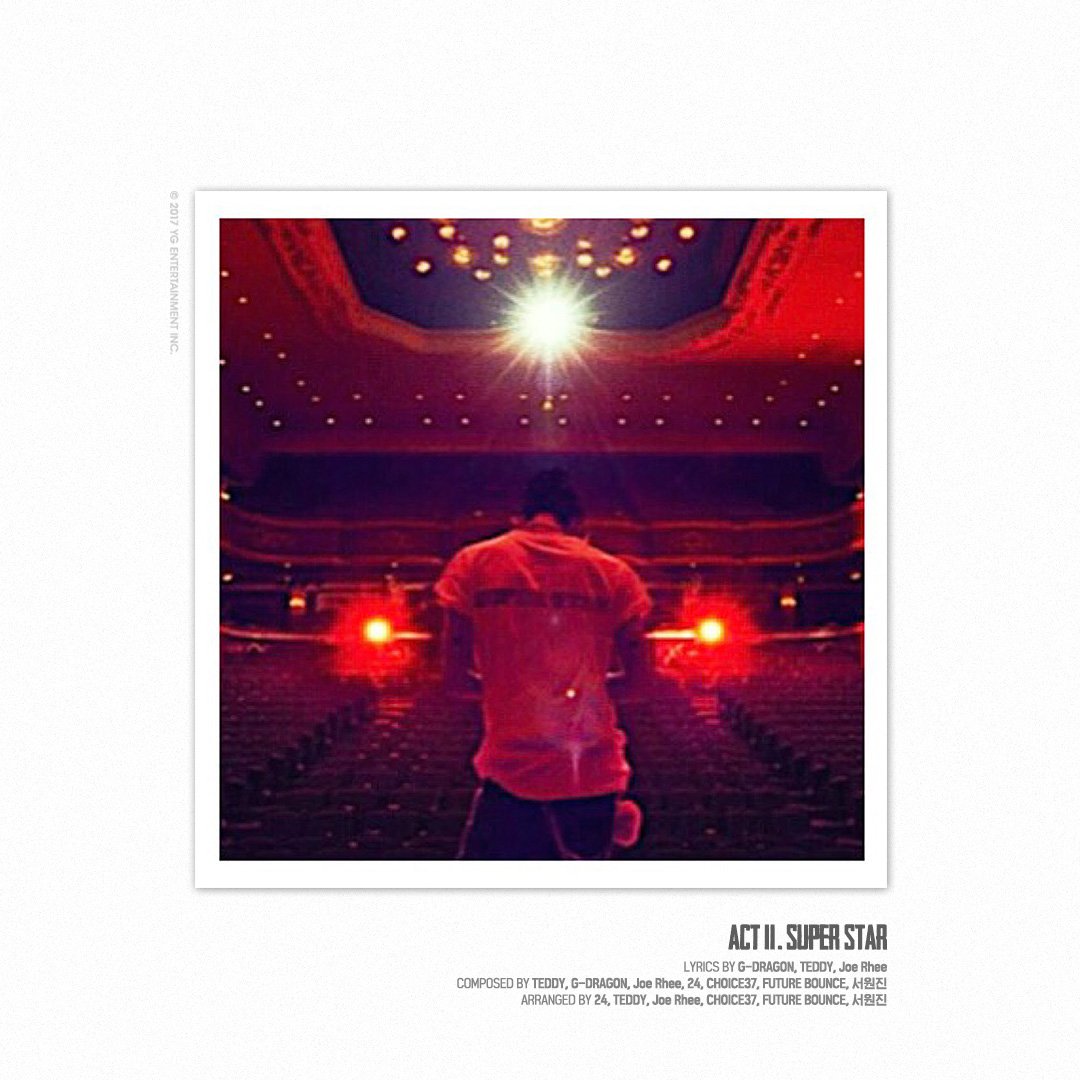 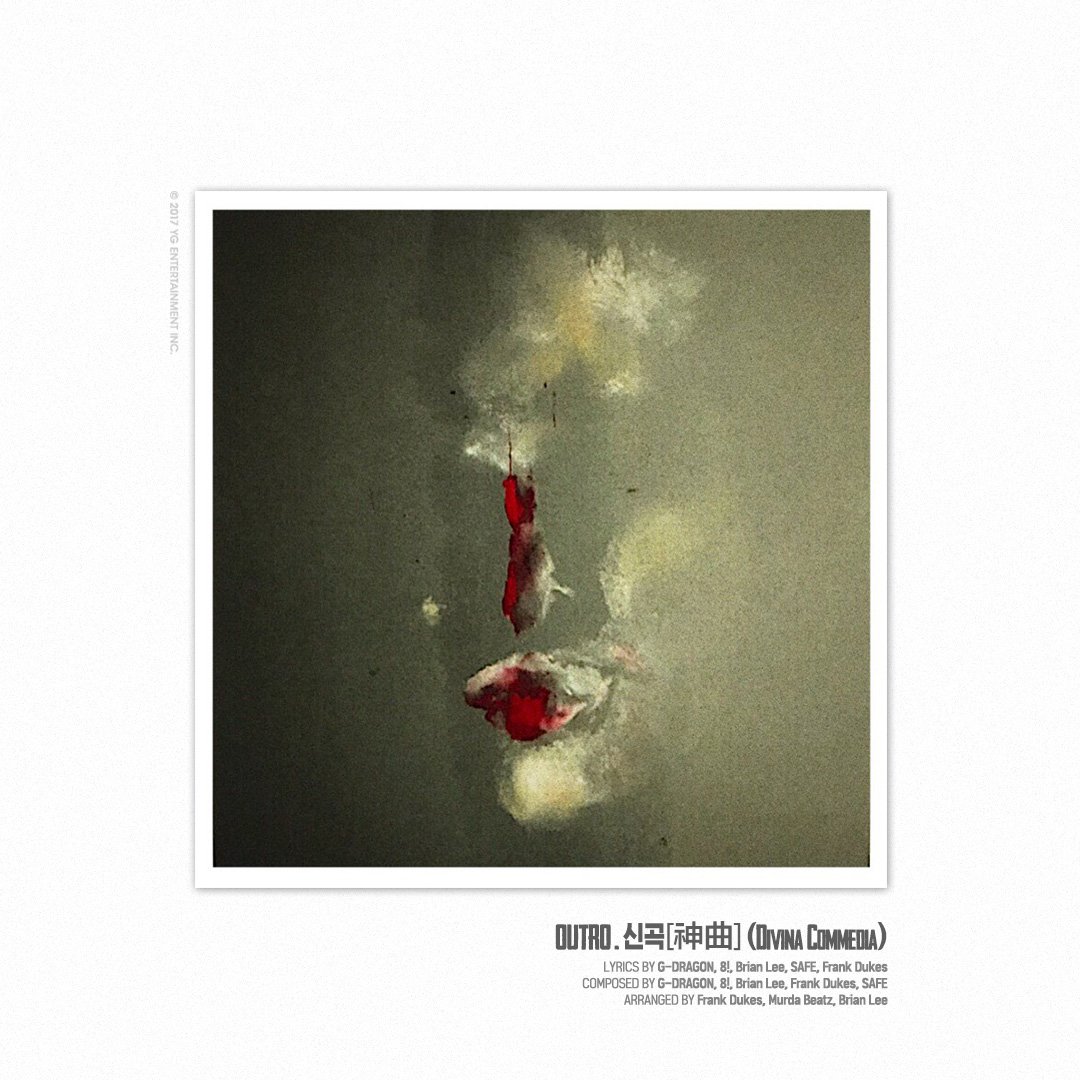 On June 1, YG revealed that the title of G-Dragon’s new track will be “BULLSHIT.” They explained that the song will be a strong hip hop track, as its name may imply.

Along with the track’s title, they revealed a poster image for the song. 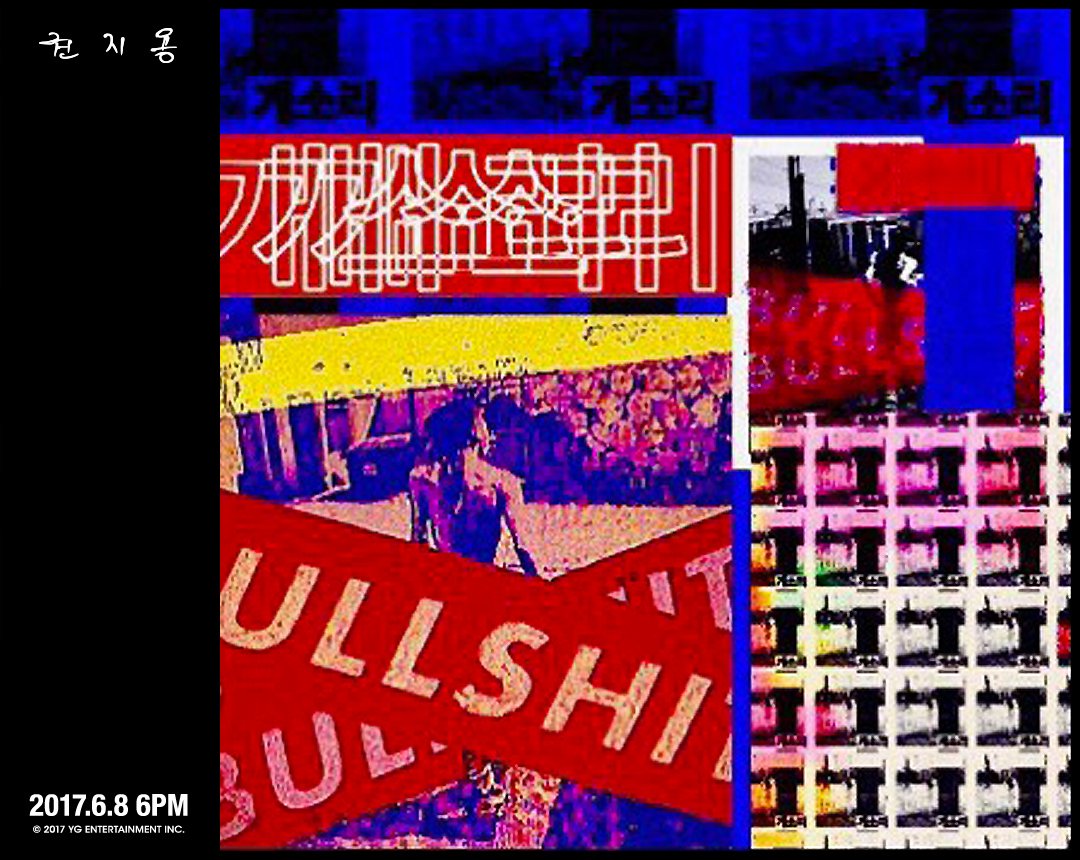 G-Dragon’s upcoming album “Kwon Ji Yong” and his song “BULLSHIT” will be released on June 8 at 6 p.m. KST.

G-Dragon’s comeback is just around the corner!

On May 31, YG Entertainment finally posted an official teaser for the idol’s upcoming comeback. They also revealed that the title of his newest album will simply be “Kwon Ji Yong,” which is G-Dragon’s real name, and that it will be released in a little over a week, on June 8 at 6 p.m. KST.

It was previously reported that G-Dragon may have more than one title track, as he may have filmed at least two music videos. The singer also previously shared a potential look at the set of his music video, while YG founder Yang Hyun Suk also revealed a sneak peek at how preparations were going.

Meanwhile, after the release of his album, G-Dragon will be setting off on his solo world tour, “G-Dragon 2017 Concert: Act III, M.O.T.T.E,” on June 10 with a concert in Seoul.